Indians' Martin feels blessed to be alive after health scare 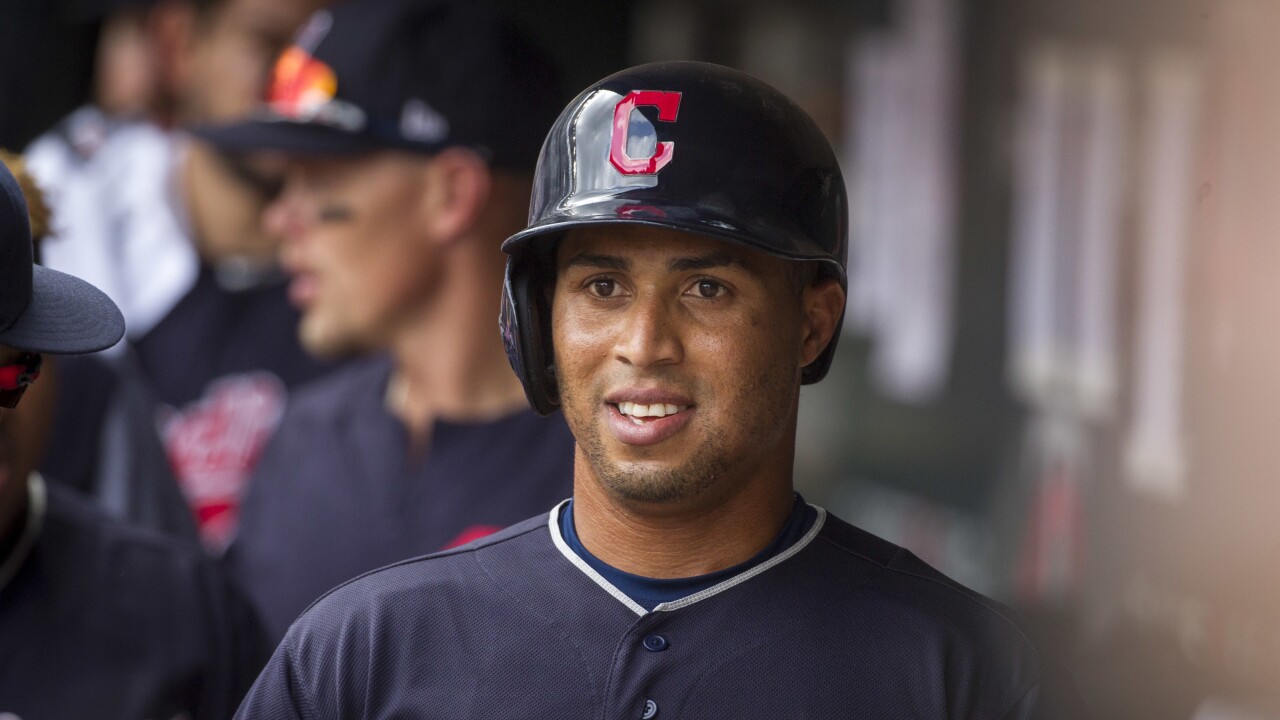 Bruce Kluckhohn/AP
FILE - In this Aug. 1, 2018, file photo, Cleveland Indians' Leonys Martin celebrates his run against the Minnesota Twins in the ninth inning of a baseball game in Minneapolis. Martin feels blessed to be alive after recovering from a life-threatening bacterial infection last summer. He spoke to the media Friday, Jan. 11, 2019, for the first time since the health scare. (AP Photo/Bruce Kluckhohn, File)

The Cleveland Indians outfielder spoke to the media Friday for the first time since the health scare. He thanked the doctors and staff at Cleveland Clinic, where he spent nearly two weeks after being rushed to the hospital following an Aug. 7 game.

"They saved my life," he said.

The 30-year-old Martin said various thoughts have passed through his mind over the last several months.

"The most important thing is I'm able to see my family, my kids and play baseball again," he said.

Martin said he might have blacked out and can't recall details of what happened the night he became ill after returning home from a game at Progressive Field.

"I still have no idea," he said. "The only thing I remember is feeling pain. I don't know where. I don't remember anything else."

Martin isn't sure how got to the hospital and said he didn't fully understand what happened until he talked to the doctors after he got out of intensive care a couple of days later.

Doctors determined that a bacterial infection had entered his bloodstream and released toxins that damaged his internal organs and compromised their functions. Martin said doctors have been unable to pinpoint what caused the infection.

Martin's family came to Cleveland and spent time with him. His teammates printed his initials and number ("LM13") on their hats the rest of the season.

"That was really emotional for me to watch the game and see the support from my teammates and the fans," he said. "I'll never forget that."

Martin was given clearance to resume baseball activities in November. He has no restrictions on strength and conditioning as spring training begins next month.

"It's been a long recovery," he said. "The doctors, we've been through everything like baby steps, taking it slow. I'm in good shape right now. I feel 100 percent."

Martin was acquired from Detroit for minor league infielder Willi Castro on July 31 to give the Indians help in their outfield, but he appeared in only six games, going 5 for 15.

Martin is the Indians' most experienced outfielder with camp about to begin. All-Star Michael Brantley signed with Houston and it's unclear what the opening day outfield will look like in Minnesota on March 28.

Martin realizes it will be an emotional experience when he gets back on the field and isn't sure how he'll react.

"I don't know," he said. "I will do my best to be under control. I'm going to enjoy every time I'm in a Cleveland Indians uniform."