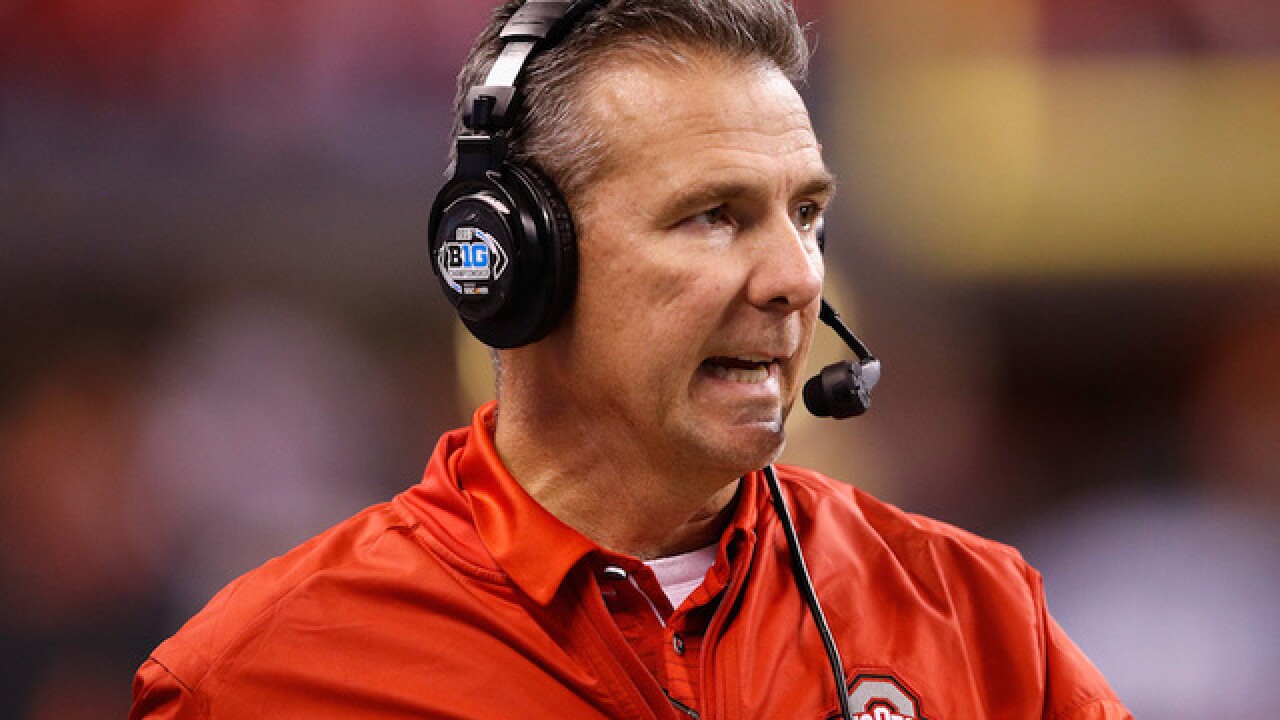 Image copyright 2017 Getty Images. All rights reserved. This material may not be published, broadcast, rewritten, or redistributed.
Joe Robbins
<p>Head coach Urban Meyer of the Ohio State Buckeyes looks on as they play the Wisconsin Badgers during the second half of the the Big Ten Championship game at Lucas Oil Stadium on December 2, 2017 in Indianapolis, Indiana. </p>

Two days after Ohio State University released its findings from an independent investigation of coach Urban Meyer’s handling of domestic violence allegations against a former Buckeyes assistant coach Zach Smith, the embattled coach released a statement Friday. Meyer was also suspended for the first three games of the season and will forgo six weeks of pay.

My words and demeanor on Wednesday did not show how seriously I take relationship violence. I sincerely apologize. I was taught at a very young age that if I ever hit a woman, I would be kicked out of the house and never welcomed back. I have the same rule in my house and in the Football Program at Ohio State. Over the years, we have worked hard to educate and remind our coaches and players of the seriousness of relationship violence. I understand my lack of more action in this situation has raised concerns about this commitment. I once again apologize for this, and I extend my empathy to all women, men and families who are affected by relationship violence. This has been a real learning experience for me. I fully intend to use my voice more effectively to be a part of the solution.

Let me say here and now what I should have said on Wednesday: I sincerely apologize to Courtney Smith and her children for what they have gone through.

This statement comes after critics called out Meyer for his demeanor and lack of empathy after learning his fate for what Ohio State University says was a failure to properly handle allegations of abuse.