NFL fines Baker more than $10,000 after touchdown celebration against Bengals 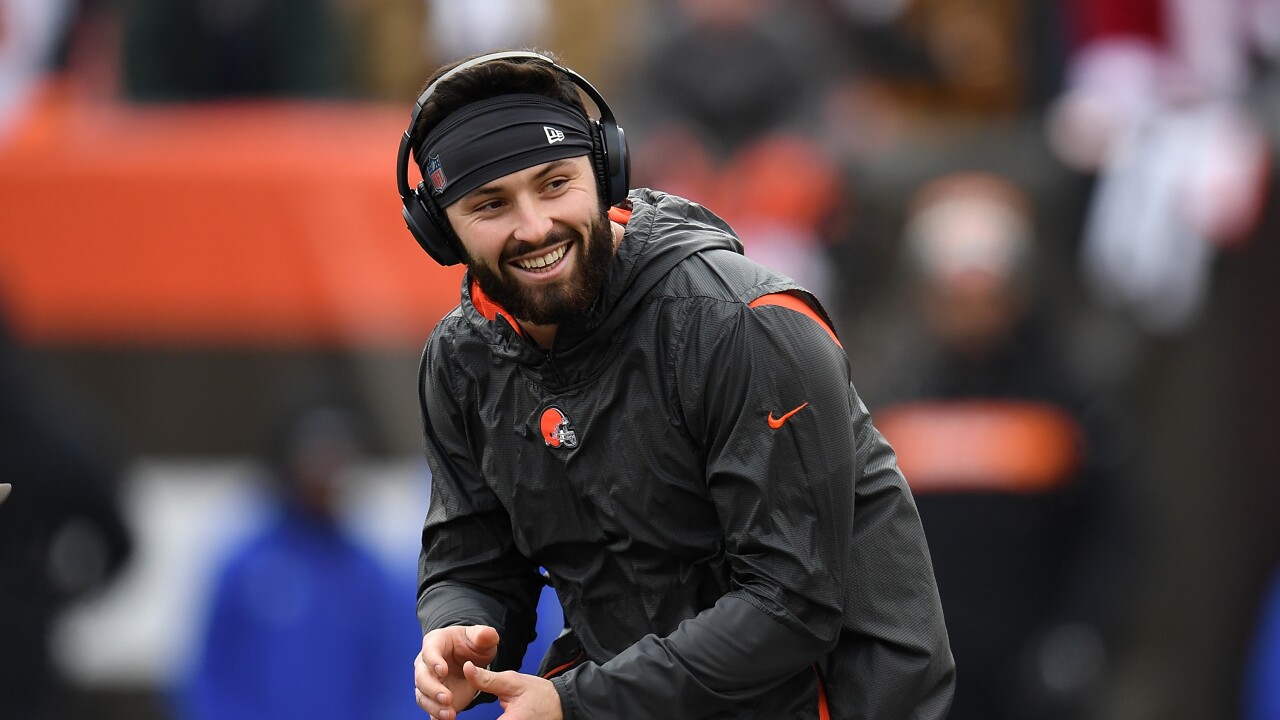 CLEVELAND — Browns QB Baker Mayfield was fined $10,026 for unsportsmanlike conduct after he reportedly made an inappropriate gesture on the sideline following a touchdown during the game against the Bengals on Dec. 23.

Mayfield ran to the sideline to celebrate with offensive coordinator Freddie Kitchens when the NFL reported he made a gesture in which he pretended to expose his privates.

The NFL fined #Browns QB Baker Mayfield $10,026 for unsportsmanlike conduct after a TD pass last week — a gesture that appeared to show his big, uh, guts.

Mayfield denied that the gesture was him exposing himself in a press conference on Wednesday.

Mayfield also said in the press conference that he is unsure how the gesture was interpreted that way.

“I honestly could not tell you. I do not know. We have a lot of stuff within our locker room and within what we have going on offense. A lot of inside jokes. Who knows what is was,” Mayfield said.