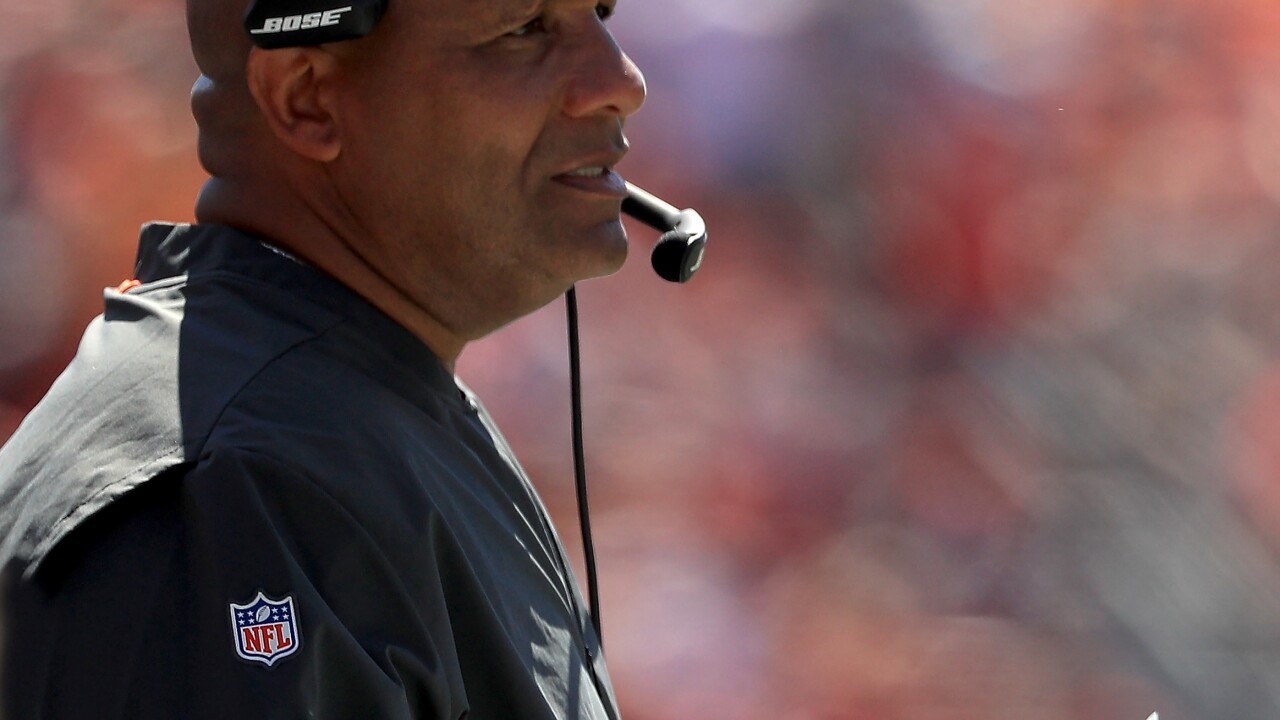 Multiple Cincinnati sports reporters said Jackson is out at the Bengals, citing unnamed sources. Our sister station in Cincinnati, WCPO, reached out to the Bengals, who told them they were unable to comment on the coaching staff.

Jackson, who had come from a coaching job with the Bengals, was fired by the Browns on Oct. 29, 2018 after holding an underwhelming 3-36-1 record in his two-and-a-half seasons in Cleveland.

This was Jackson’s third stint with the Bengals.

In addition to his Dwight Schrute-ish role this season in Cincinnati, Jackson was the wide receivers coach for the Bengals for three seasons as well as offensive coordinator. Jackson spent seven years with the Bengals.

It is still uncertain what Jackson’s actual role with the Bengals was this time around, but it lasted just under two months.

Jackson is considered the second worst coach in NFL history with his .205 winning percentage, ranking 218th out of 219 coaches that have coached at least 40 games in their career.