Watch Baker Mayfield put the Browns on the board twice 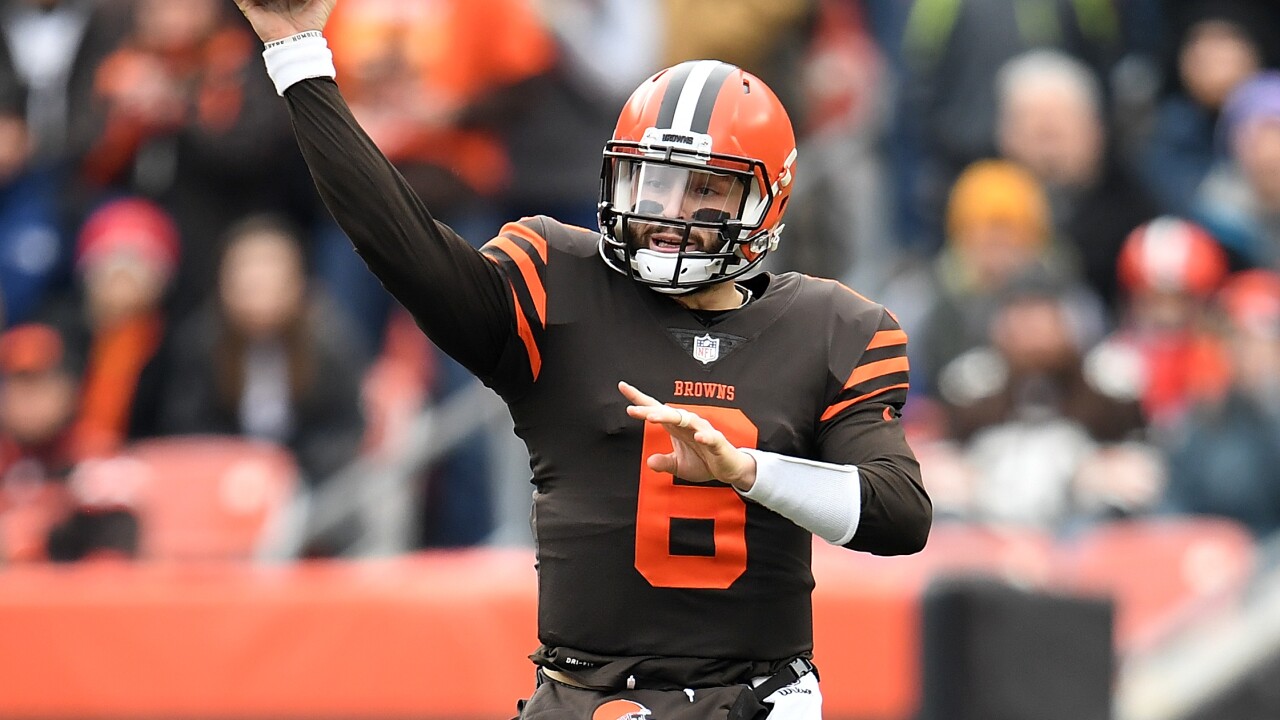 CLEVELAND — Watch Baker Mayfield put the Browns on the board with a quick 3-yard touchdown pass to David Njoku.

Mayfield to Njoku for 6️⃣! pic.twitter.com/gIVkt90FNL

Shortly after scoring the first touchdown of the game, the Browns got the ball down the field with a 63 wide reciever option pass from Jarvis Landry to Brett Perriman.

LANDRY WITH A PERFECT PASS TO PERRIMAN! pic.twitter.com/onD6U14oUW

Watch the 1-yard pass to Darren Fells from Mayfield.

The Browns are 17 of 18 in red zone touchdowns under offensive coordinator Freddie Kitchens.

This was Mayfield’s 23 touchdown pass of the season.