Watch Baker tie record for most passing touchdowns by a rookie 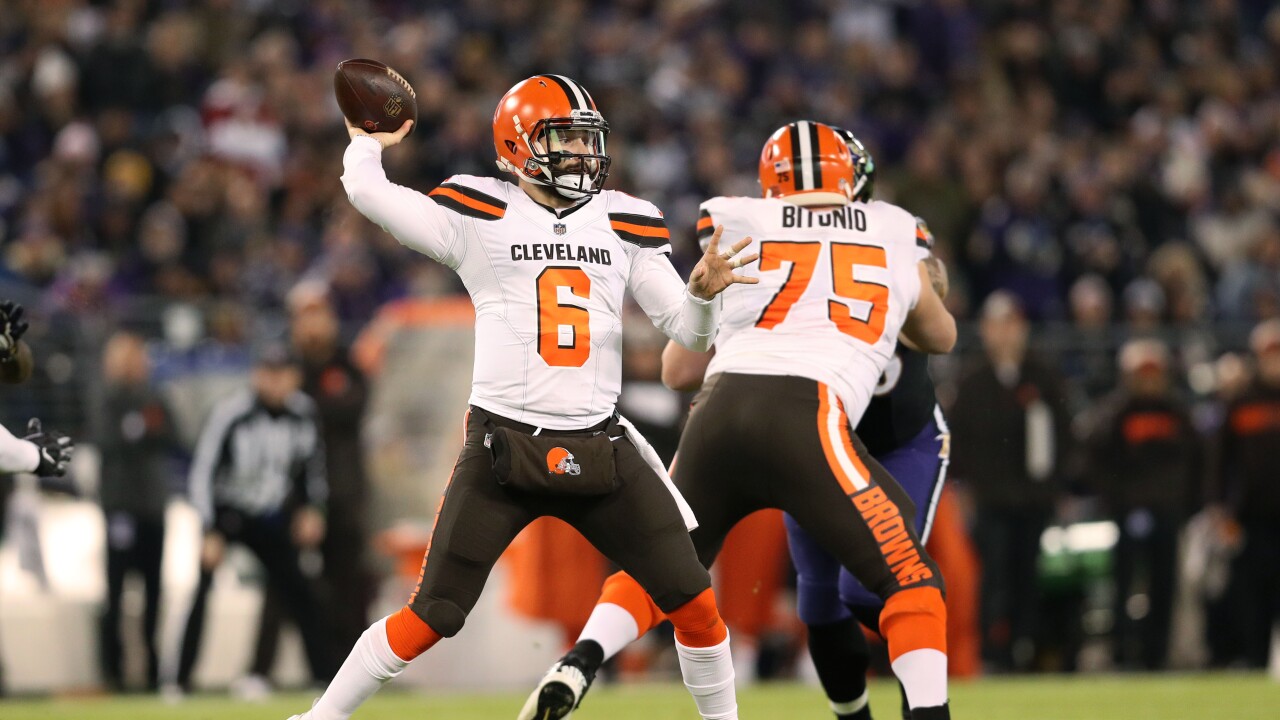 BALTIMORE — The Browns are still in the game with a 48-yard touchdown pass from Baker Mayfield to Jarvis Landry early in the third quarter.

Mayfield is now tied with Payton Manning and Russell Wilson for most touchdown passes in a rookie season after throwing his 26th touchdown of the season.

With that TD pass, @bakermayfield joins Peyton Manning and Russell Wilson for most passing TDs by a rookie! pic.twitter.com/S5qyiq9QKd

The Browns trail the Ravens by a touchdown, 20-14.