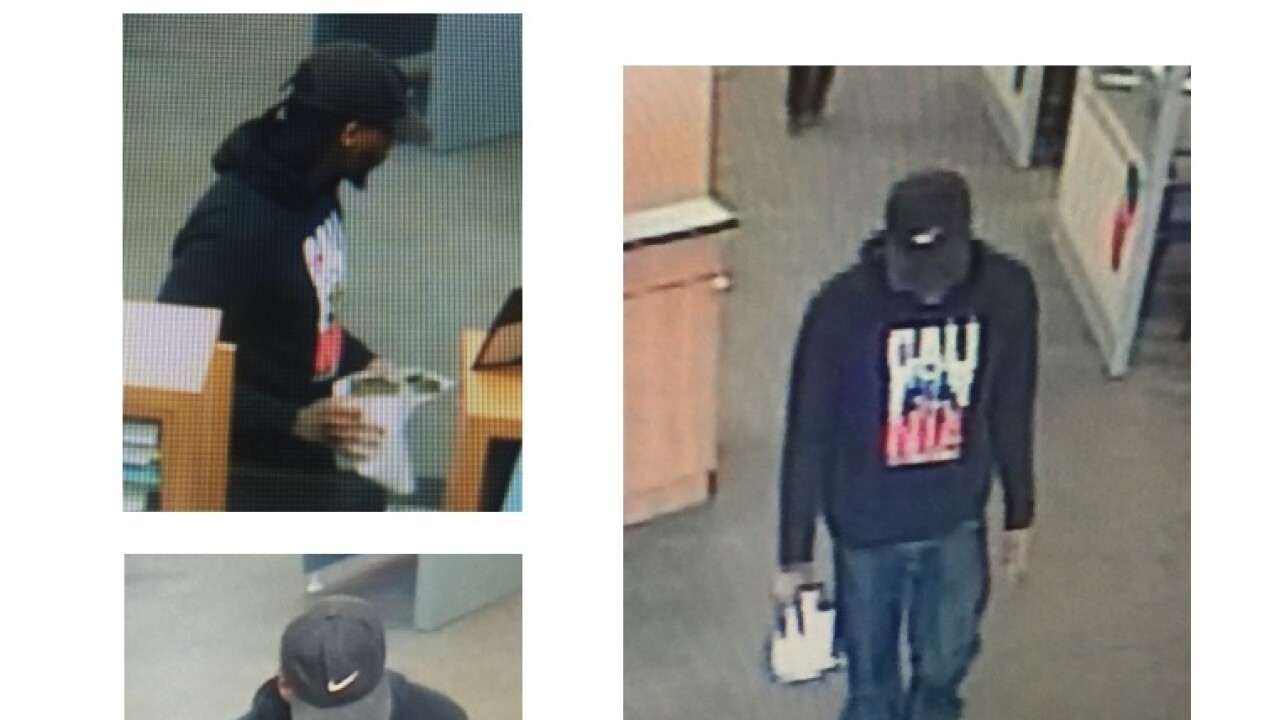 STOW, Ohio — A PNC Bank in Stow was robbed for an undisclosed amount of money on Thursday afternoon.

The Stow Police Department received a panic alarm from a PNC Bank on the 800 block of Graham Avenue around 3:19 p.m.

Bank employees called to report the robbery, stating that the robber entered the bank, handed the teller a note, demanded money and threatened that he had a gun, police said.

The robber did not pull a gun out and no gun was seen by employees of the bank, according to police.

The bank teller gave the robber the undisclosed amount of money that he demanded and he fled the scene on foot, police said.

No one was injured during the robbery.

Police described the robber as a black male, late 20s to early 30s, thin build, 5 feet 7 inches to 6 feet tall with short facial hair, glasses, possible dreadlocks and a visible tattoo on the right side of his neck.

He was caught on security cameras wearing a black Nike ball cap over a black do-rag, a black sweatshirt that read “CALIFORNIA” with a picture of a bear on the front of it and blue jeans.

Anyone with information relating to this crime should contact authorities at 330-689-5700.