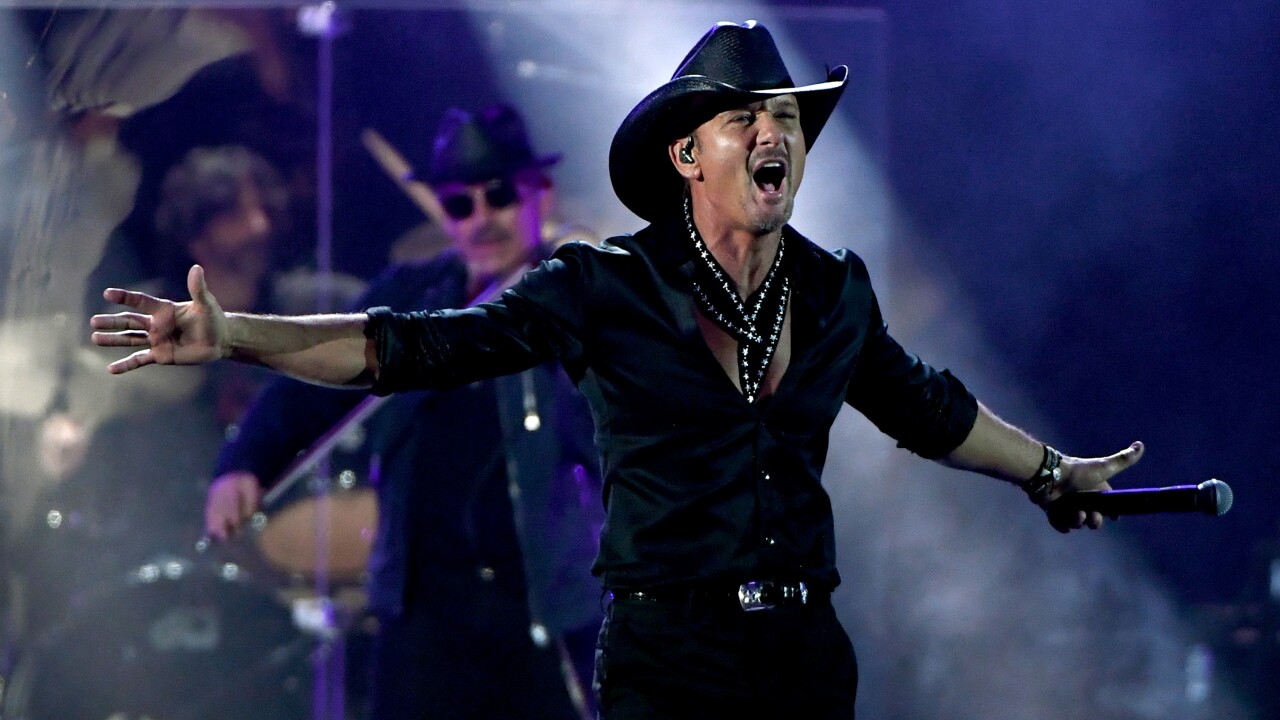 CUYAHOGA FALLS, Ohio — Here on Earth, more specifically here in Northeast Ohio, country star Tim McGraw will be performing his classic hits, and possibly some of his new music, on a summer tour announced Monday.

McGraw shared the dates and locations for his upcoming tour on Twitter, which includes a stop in Cuyahoga Falls for a show at Blossom Music Center this summer.

Excited to announce the 2020 #HereOnEarth Tour with guests @Midland and @IngridAndress! Plus two special stadium shows in LA and Philly with @LukeCombs!!!

See you out there! pic.twitter.com/48RqsyJwiS

The “Here on Earth Tour" will kick off on July 10 in Syracuse, New York before making its way to Ohio shortly after.

McGraw will play at Blossom Music Center on July 24. He’ll be in Cincinnati performing at the Riverbend Music Center the day before.

The singer, best known for hits including “Live Like you Were Dying,” “I Like It, I Love It,” “Indian Outlaw,” and “Humble and Kind” has been working on a new album, which is expected to be released this year.

Joining McGraw on the “Here on Earth Tour” is country group Midland, known for hits including “Drinkin’ Problem” and “Burn Out,” and rising star Ingrid Andress, who recently debuted on the Billboard charts for her song “More Hearts Than Mine.”

McGraw announced that two of his stops will include special guest artist Luke Combs, known for his hits "She Got the Best of Me," Hurricane," and "One Number Away." Unfortunately, Combs will not be at the Blossom Music Center stop. His nearest location will be in Philadelphia on Sept. 12.

Tickets for McGraw’s stop at Blossom Music Center will go on sale soon. To learn more about tour dates and tickets click here.

The “Here on Earth Tour” will be included for Country Megaticket holders and Live Nation Lawn Pass holders.