I-77 southbound south of Canton reopened after crash 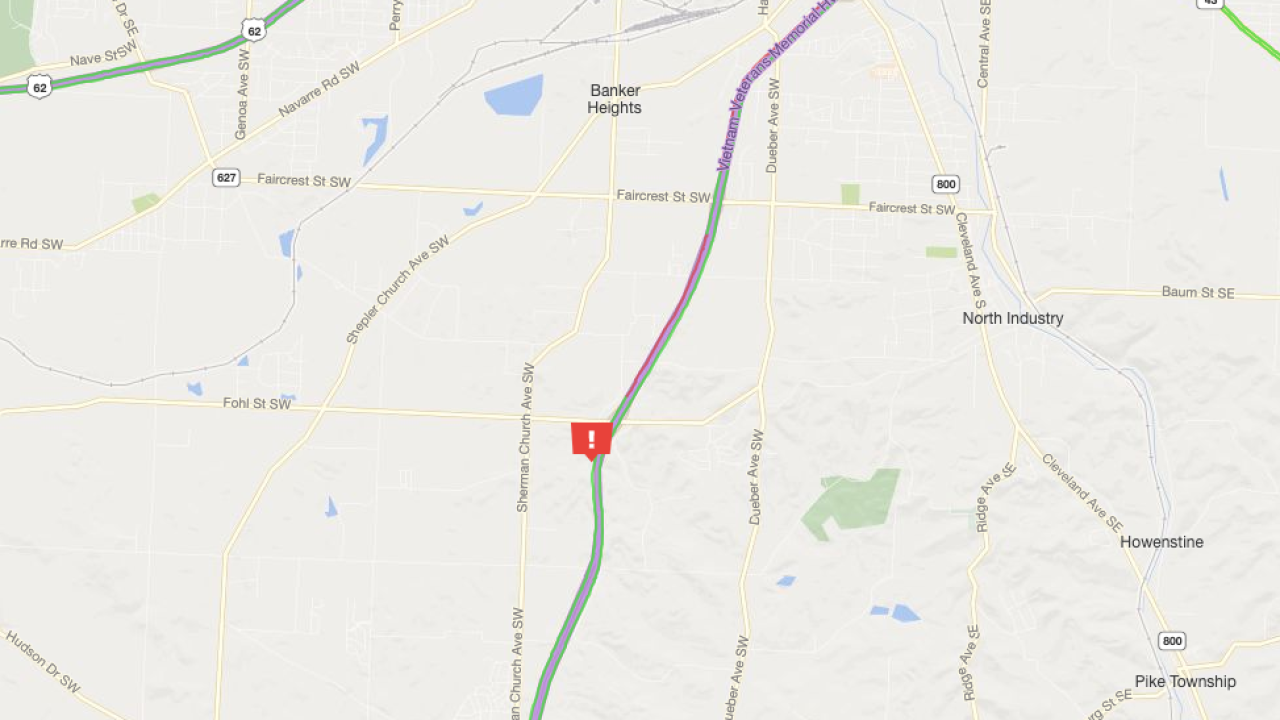 ODOT Map showing the location of the crash

CANTON, Ohio — A crash involving a semi on I-77 southbound at Faircrest Street south of Canton stalled all traffic Wednesday afternoon.

Serious injuries have been reported, according to the Ohio State Highway Patrol.

View the latest traffic information and a traffic map on our Akron-Canton Airport Traffic Center here.