UPDATE | The crash has been cleared from the highway as of 7:15 a.m.

A crash on I-480 westbound is causing delays for drivers Thursday morning.

Three cars appear to be involved in a crash that has the right two lanes blocked.

The crash is causing some backup on the ramp to I-480 westbound from Transportation Boulevard. Drivers are likely to start hitting traffic near Broadway. 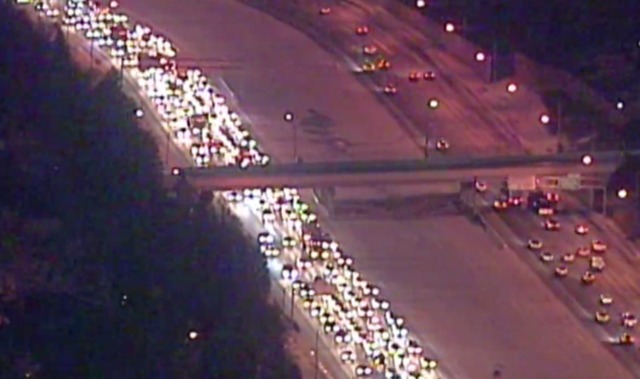 AirTracker 5 was at the scene of the crash shortly before 6:30 a.m.