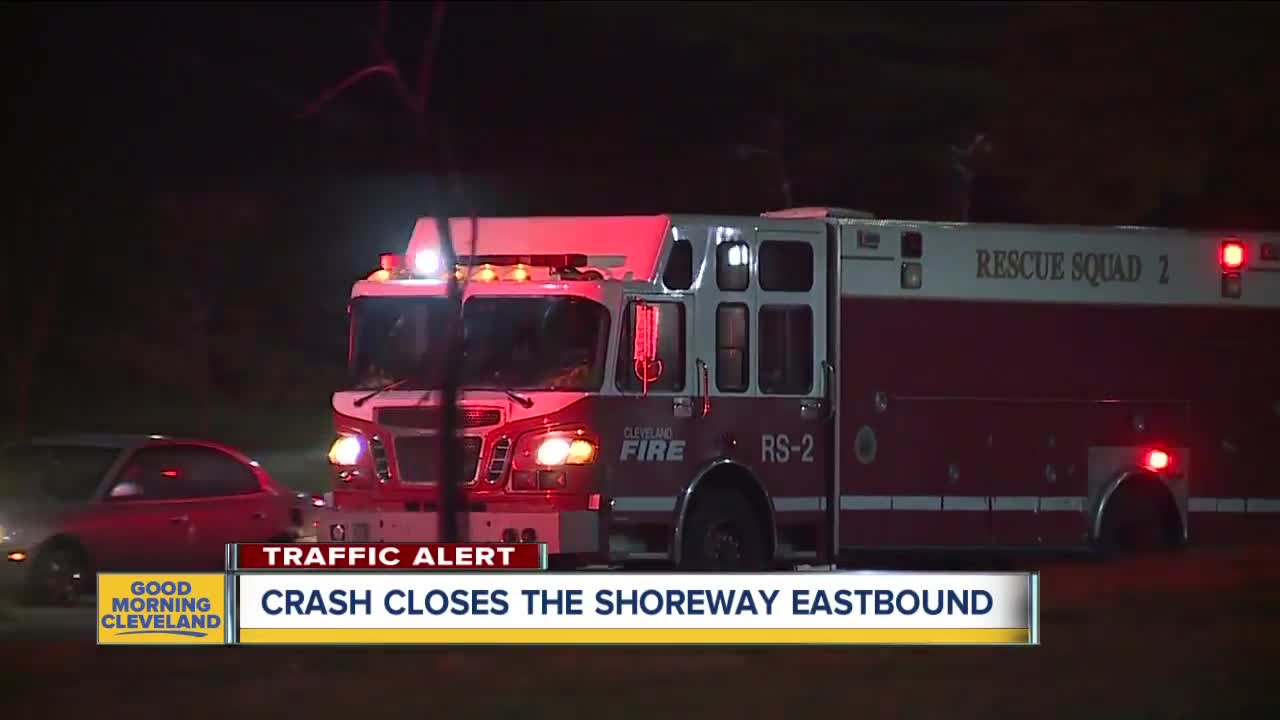 CLEVELAND — A crash at West 45th Street on the Shoreway has closed the eastbound lanes.

Authorities used an ambulance to drag a gray car out of the way.

All lanes were previously closed, but the left now is now open to traffic.

Eastbound Shoreway at Edgewater is closed. There is a crash at West 45th in the construction that has all lanes blocked. No major injuries just one of the cars is stuck blocking the lanes. pic.twitter.com/F8iDauDD2g