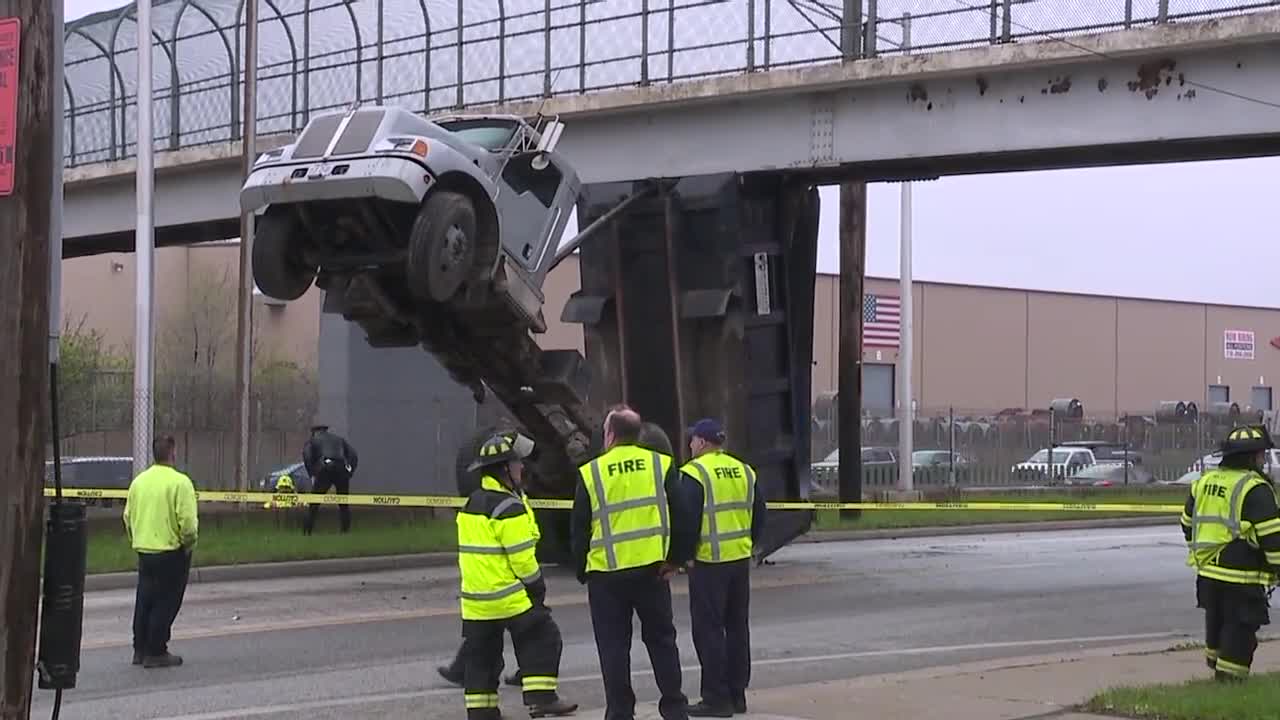 Dump truck hits pedestrian bridge on I-77 near Pershing Avenue 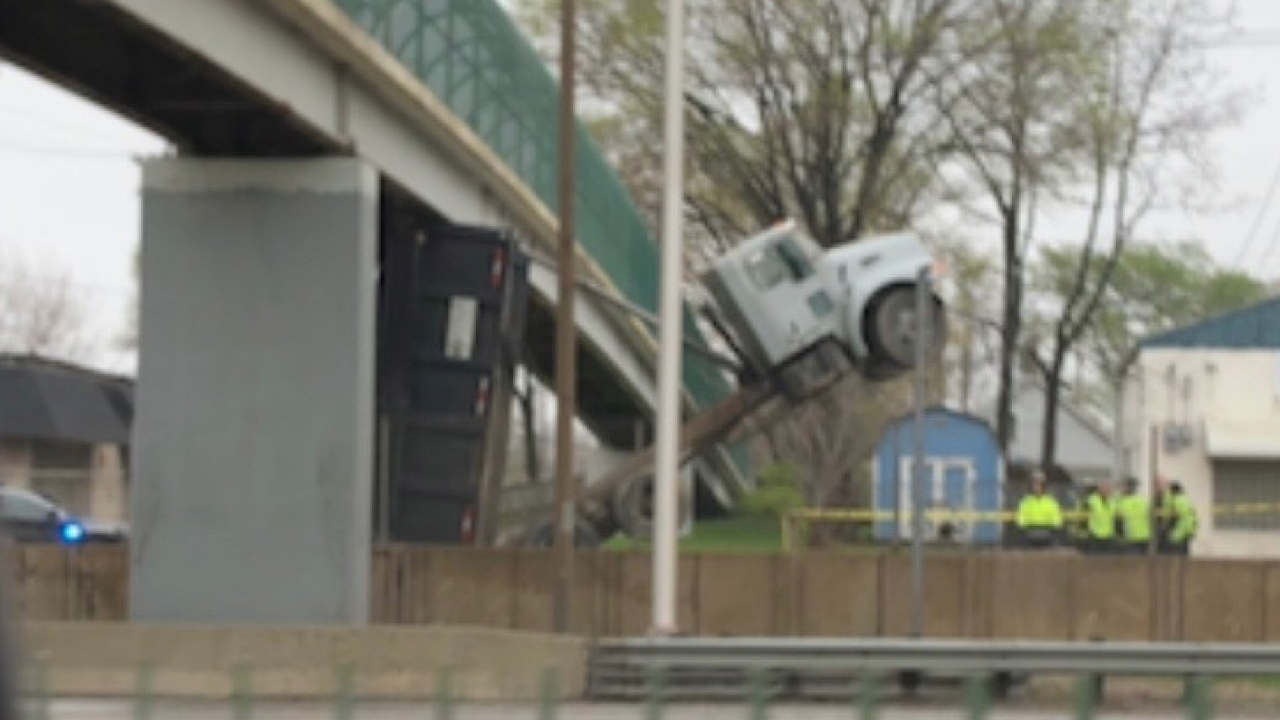 CLEVELAND — A dump truck that became wedged underneath a pedestrian overpass bridge on East 49th Street has finally been removed by crews.

According to Cleveland fire, a dump truck went into the pedestrian walkway that goes over the northbound and southbound lanes of I-77. The dump truck had its bed raised, causing it to get wedged under the bridge.

Amanda McFarland, spokesperson for ODOT, says bridge inspectors arrived on site to assess any damage caused to the bridge.

You can watch the crash in the player below.

ODOT crews temporarily closed the right lanes of I-77 north and southbound between Fleet and Pershing avenues as they worked to remove the dump truck.

The 76-year-old driver was cited for driving an unsafe vehicle, according to Cleveland traffic crash report.

There are no injuries reported.The Ohio State Highway Patrol is assisting with the crash.