A four-car crash on I-77 southbound before Pershing Avenue closed the right lane to traffic as EMS and police responded to the crash early Tuesday morning.

At first, the crash closed both lanes, but Cleveland police were able to move the cars into the left lane. 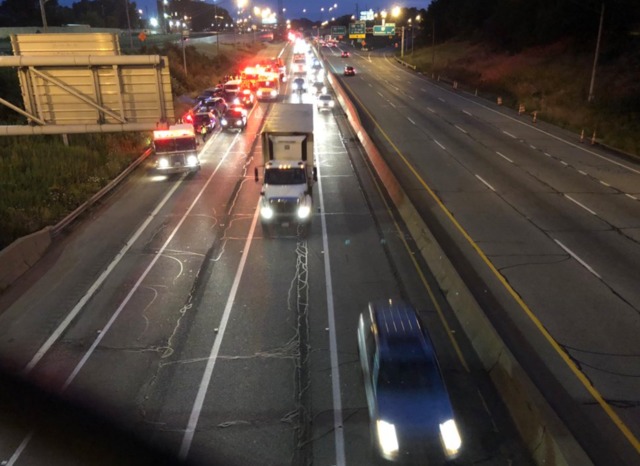 Reminder: Ohio's Move Over Law requires motorists to cautiously shift over one lane—or slow down if changing lanes is not possible— when passing any vehicle with flashing lights on the side of the road. ( Photo: Mike Vielhaber)

Some video from the I-77 crash scene where dozens of people refused to #MoveOVER for @ClevelandFire and @CLEpolice. Some even passed a responding @ClevelandEMS unit. Video is playing at 3x speed to show the number of people not moving over. pic.twitter.com/59xyffwzpI

At least three ambulances and a firetruck were on scene of the crash.

No further information on any injuries was released. News 5 will continue to update as more information becomes available.