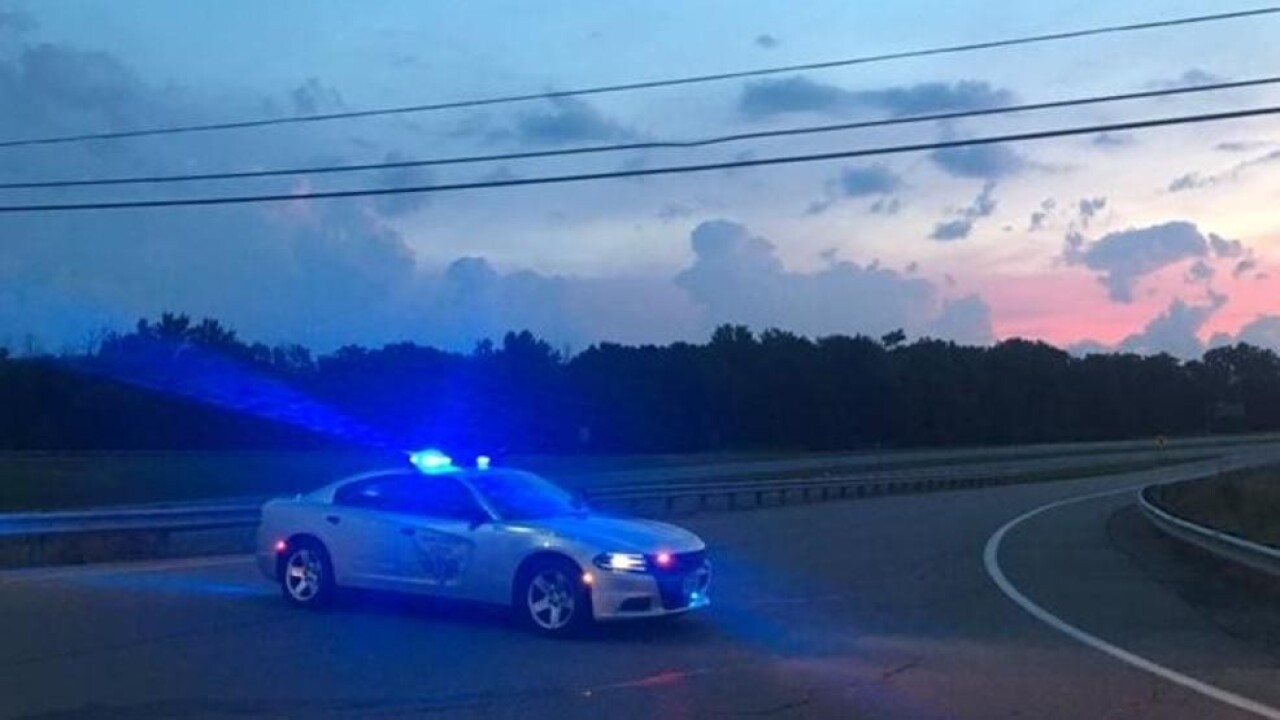 The scene of the crash near the Morrow County - Richland County Line Thursday morning. (Source: WSYX)

MORROW COUNTY, Ohio — An Ohio State Highway Patrol officer was flown to a Columbus hospital after being struck by a suspected wrong way driver on I-71 in Morrow County early Thursday morning.

The trooper, later identified as Jason Phillips, was responding to a report of a drink driver when he was hit by the suspected wrong way driver on I-71 north of SR-95 near the Morrow County/Richalnd County line, according to WSYX in Columbus and the Ohio Department of Transportation.

Further investigation revealed that the car that struck Phillips' cruiser was the same vehicle that he was called to investigate.

The crash caused both vehicles to catch fire, according to WSYX.

I-71 was closed north of SR-95 due to the crash, has since reopened, according to ODOT.