I-480 westbound reopens to traffic 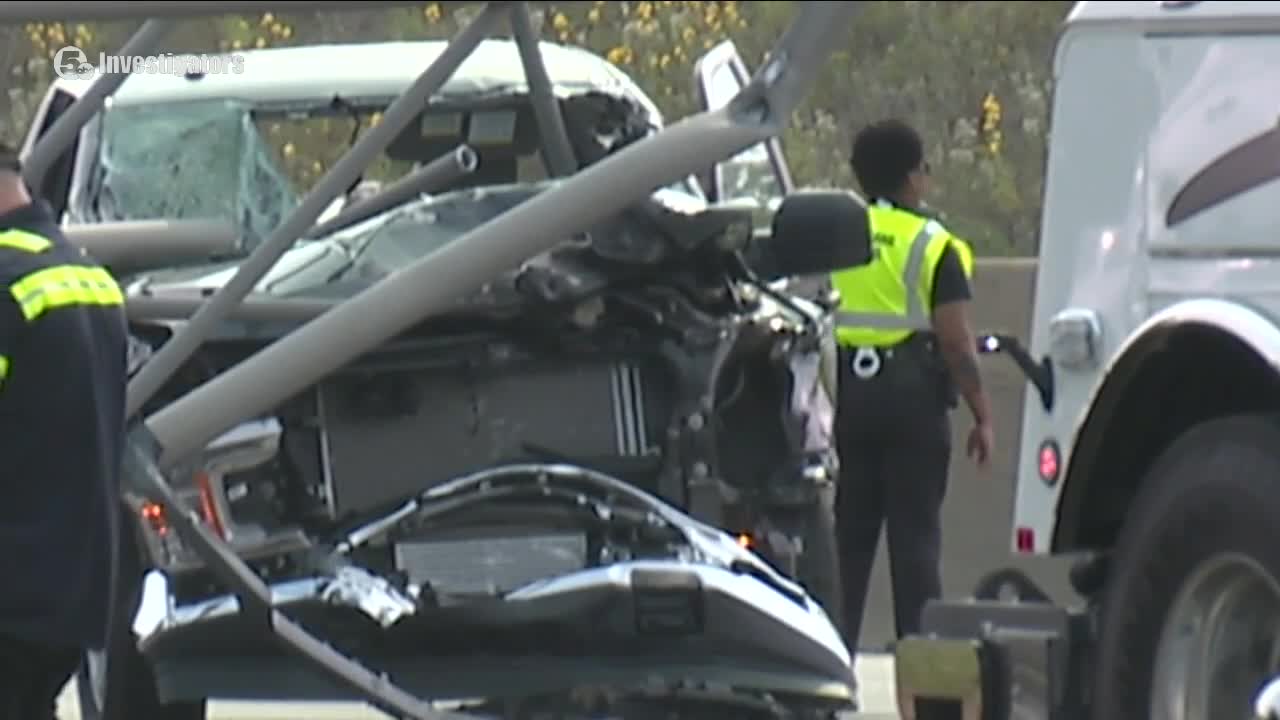 One person has died after a highway sign came crashing down on a pickup truck traveling on I-480 westbound near State Road Thursday morning, according to the Ohio State Highway Patrol. 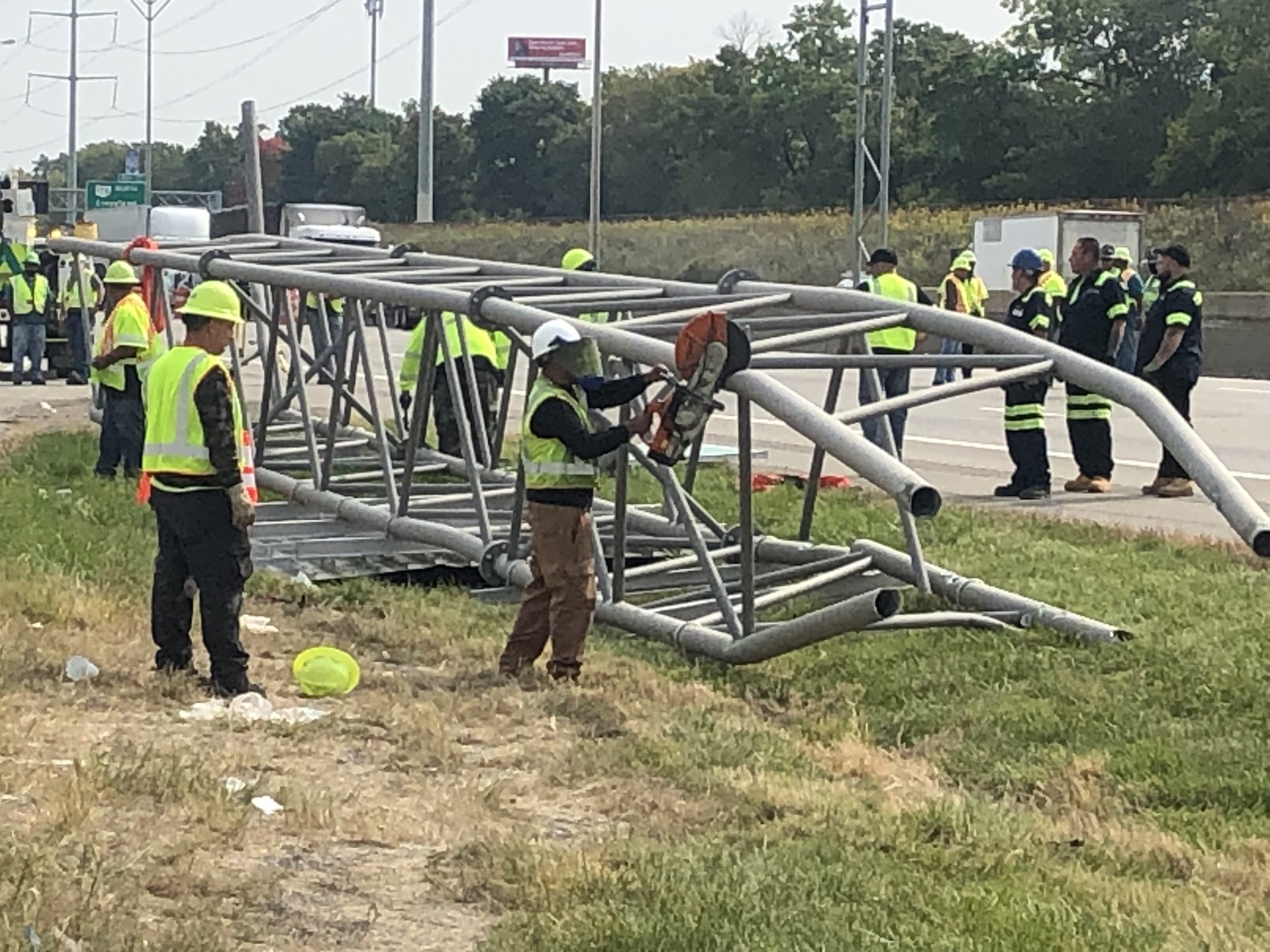 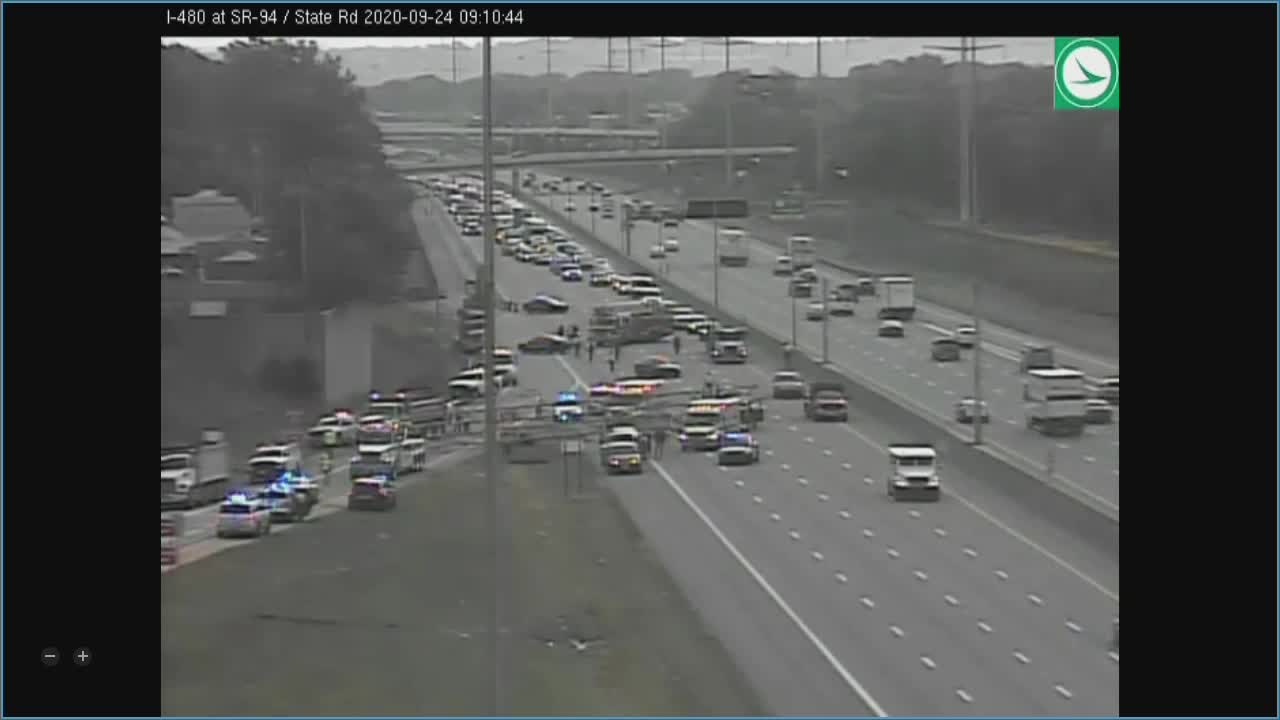 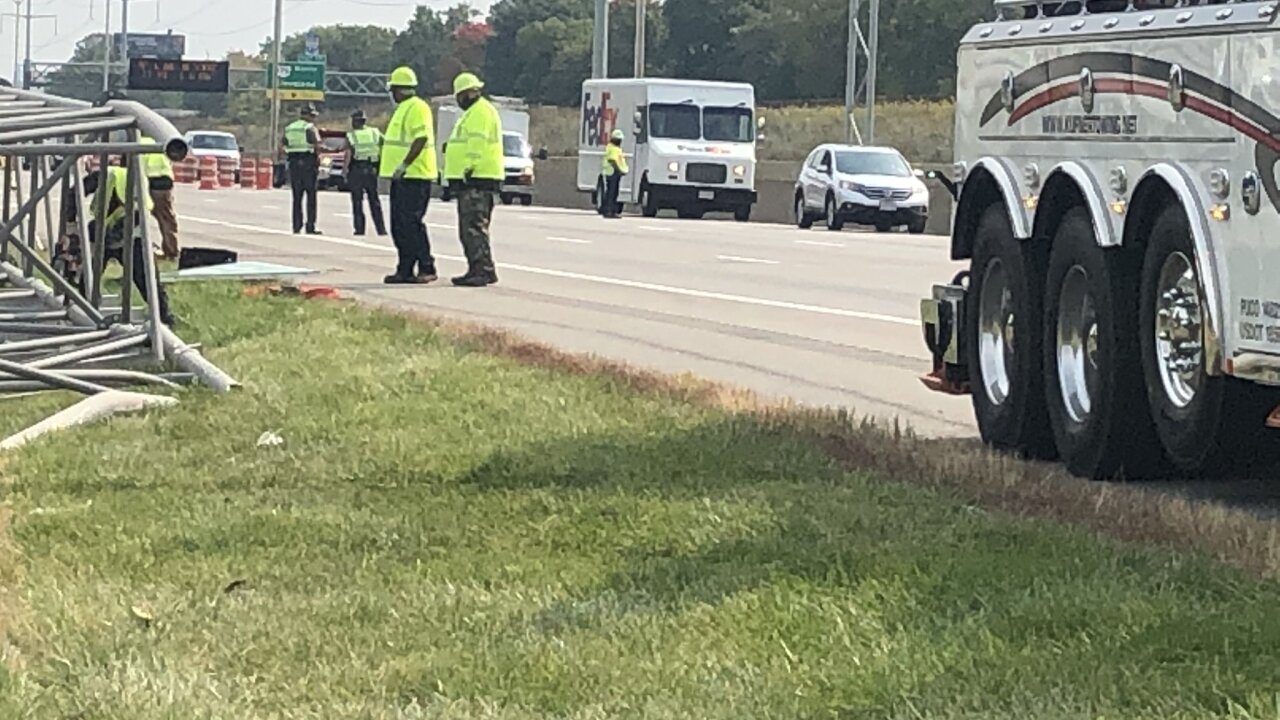 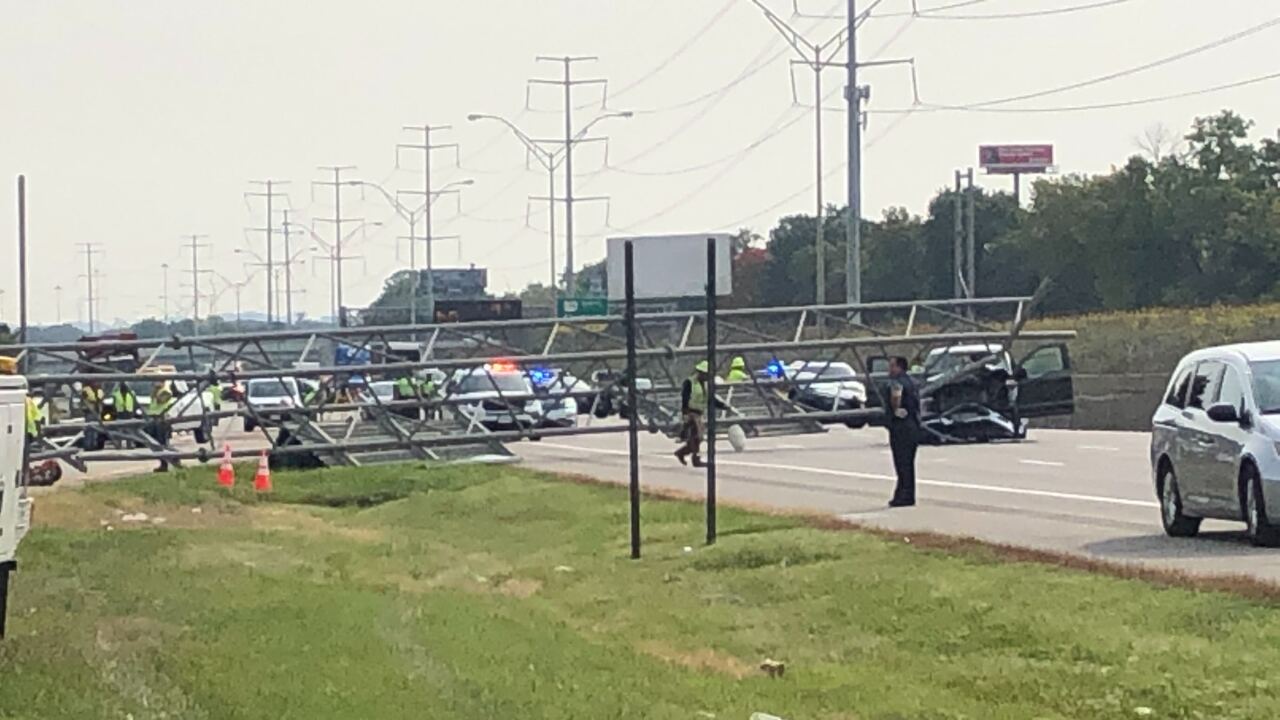 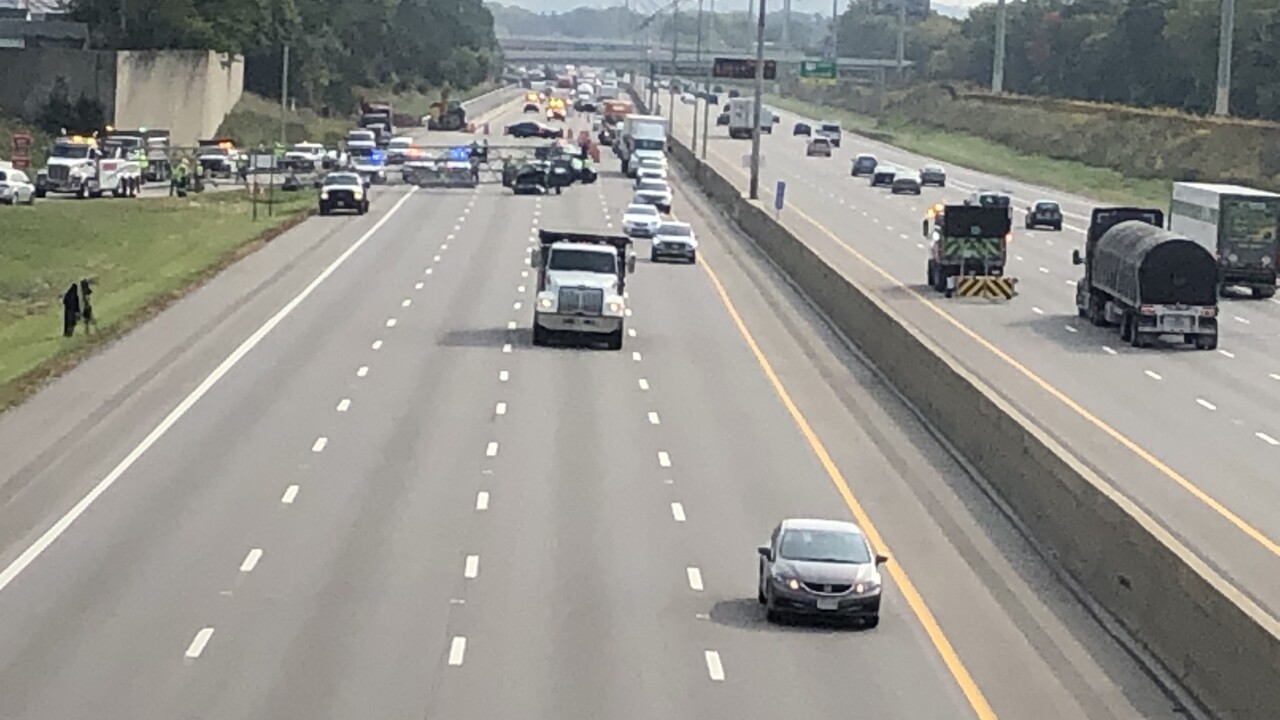 CLEVELAND — One person has died after a highway sign was hit and crashed down on a pickup truck traveling on I-480 westbound near State Road on Thursday morning, according to the Ohio State Highway Patrol.

A spokesperson for the OSHP said a 2015 Western Star dump truck was traveling westbound with its bed up, when it hit an overhead sign at State Road, causing it to fall onto a gray 2019 Ford F-150 truck.

The pickup's driver died as a result of the crash.

An investigator at the scene confirmed to News 5 that this was the dump truck that knocked down the highway sign.

According to the Ohio Department of Transportation, the dump truck involved in the crash was leaving a construction site on I-480 west between State Route 176 and State Road. The truck and 38-year-old driver of the dump truck were hired as an independent contractor by CJ Zac, a subcontractor on the project, to deliver topsoil to the site.

Investigators will be focusing on whether this was a mechanical problem or operator error.

The Ohio Department of Transportation set up detours for motorists traveling in the area.

⚠️TRAFFIC ALERT⚠️: There’s a crash on 480 near State Road. Looks like a sign fell on a car. #GMCle pic.twitter.com/xOEIfGo7fw