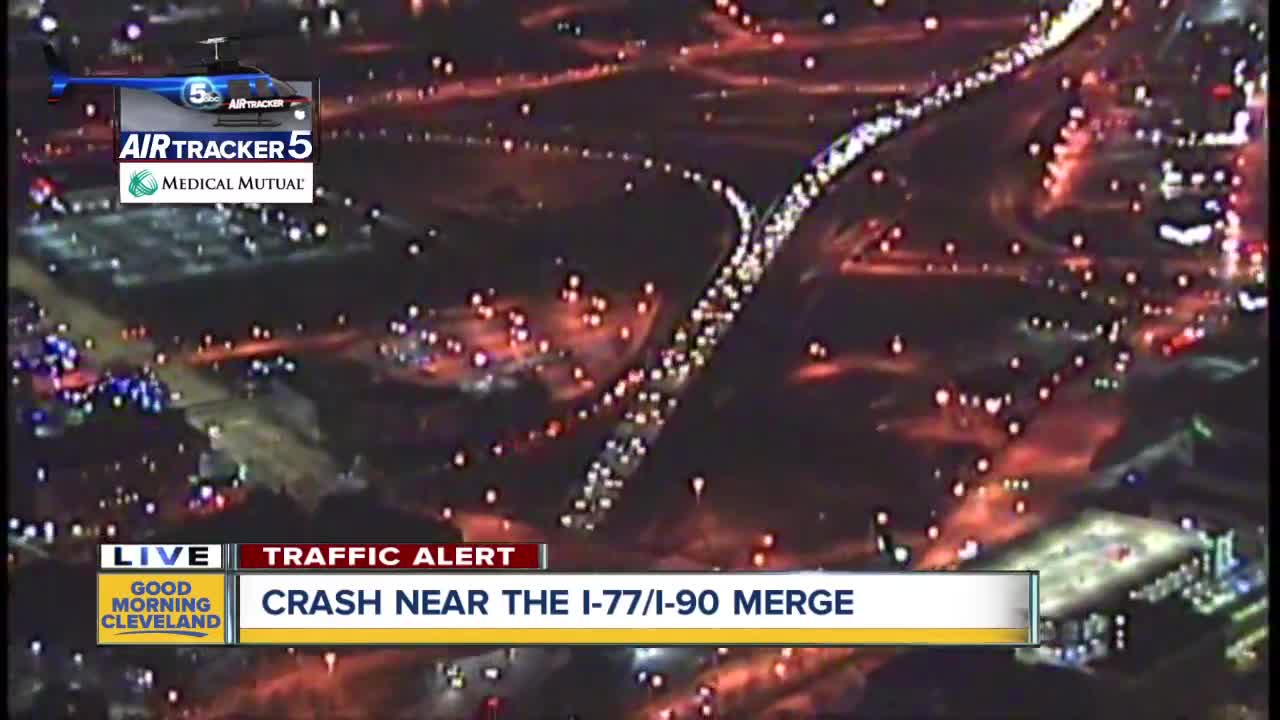 A multi-car accident is blocking traffic on I-77 where it merges with I-90. 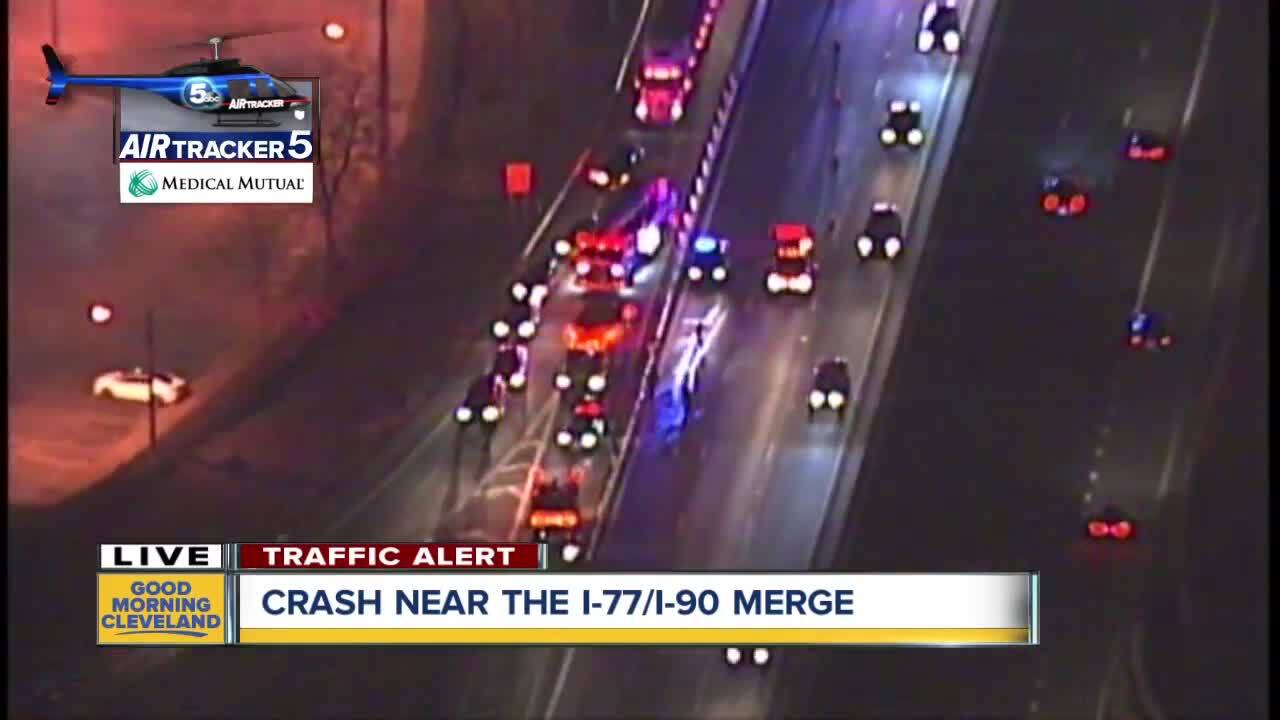 CLEVELAND — I-90 eastbound and I-71 northbound were a mess after multiple crashes Friday morning. As of 8:13 a.m., the roads were beginning to clear and delay times were going down.

Then, another crash near the I-90/I-71 merge before the bridge caused more back-ups on I-90 eastbound coming from the left and I-71 northbound coming in from the top. It appears that crash involved four cars.

After significant delays earlier Friday morning, as of 8:15 a.m., ODOT was estimating a travel delay of about 7 minutes on I-90 eastbound and 6 minutes on I-71 northbound.

Here’s yet another crash. That makes 3.

This one on 90 EB near W 25th street. #GMCle pic.twitter.com/9ueCk8WiVk