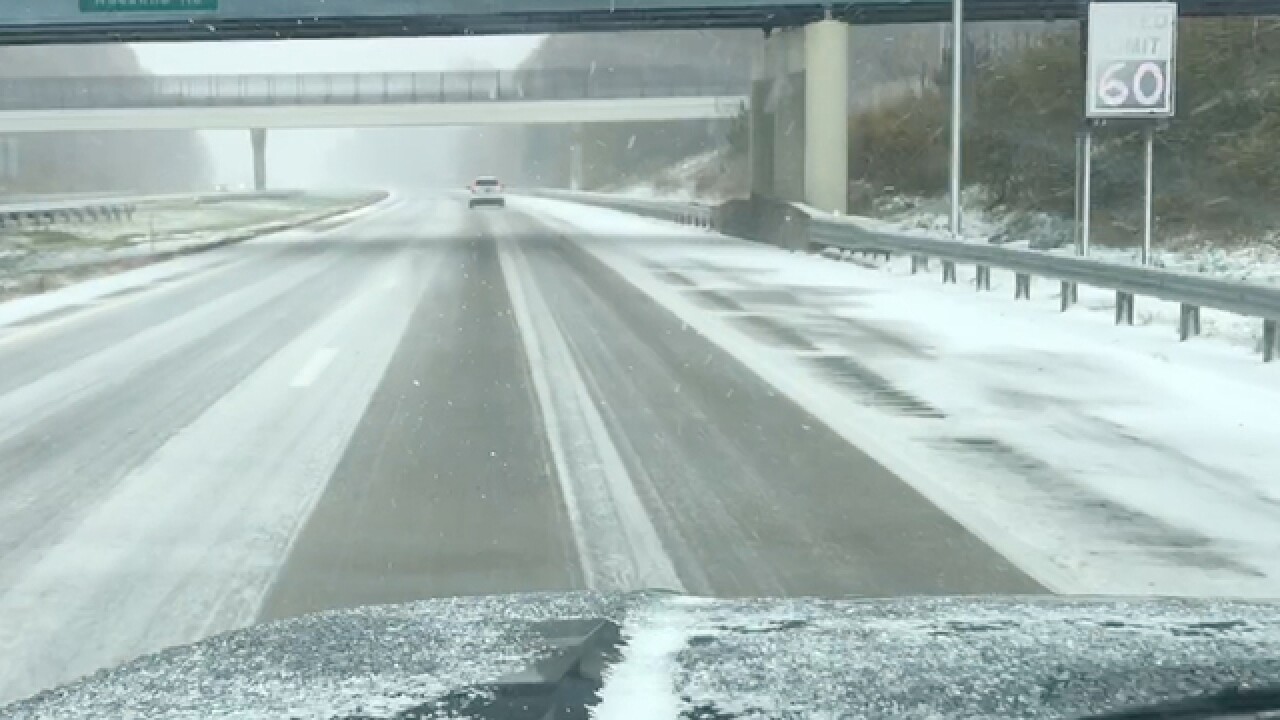 Copyright 2018 Scripps Media, Inc. All rights reserved. This material may not be published, broadcast, rewritten, or redistributed.
Gary Abrahamsen
<p>Speed limit signs on I-90 where ODOT can change the speed limit signs digitally.</p>

The Ohio Department of Transportation reduced the speed limit on I-90 in Lake County Thursday in an effort to curb pileups and accidents during bad weather.

The speed limit will be reduced from 70 mph to 60 mph between State Route 44 and State Route 528 in Lake County.

There are digital signs in place along I-90, which allows ODOT to change the signs whenever weather causes road conditions to become dangerous for drivers.

Last year for the first time, ODOT rolled out the decision to reduce the speed limit on a portion of I-90 during the winter months.

ODOT is now looking to possibly to extend the area where they will lower the speed limit during dangerous conditions. A spokesperson said ODOT has the authority to use variable speed limits on I-90 from downtown Cleveland to the Pennsylvania state line.