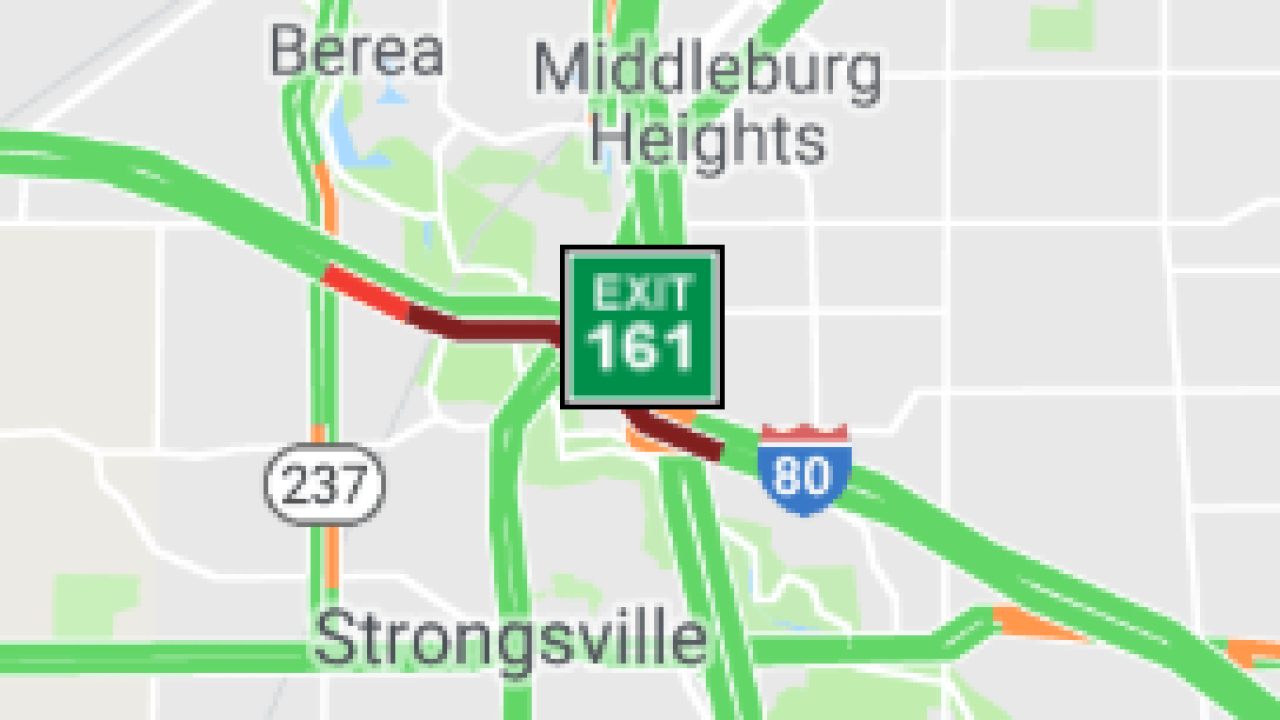 MIDDLEBURG HEIGHTS, Ohio — The left lane going eastbound on the Ohio Turnpike near Middleburg Heights is closed due to a disabled vehicle.

The Ohio Turnpike tweeted the alert Thursday morning, will all lanes being previously closed due to "police activity."

Troopers initiated a pursuit as a result of a traffic violation around 9:11 a.m.

Lifeflight was called to the scene, but details on any sustained injuries have not been released at this time.

All travelers were being forced to exit the turnpike at the Park-N-Ride Exit 161/Strongsville.

The right and center lanes have since been reopened.