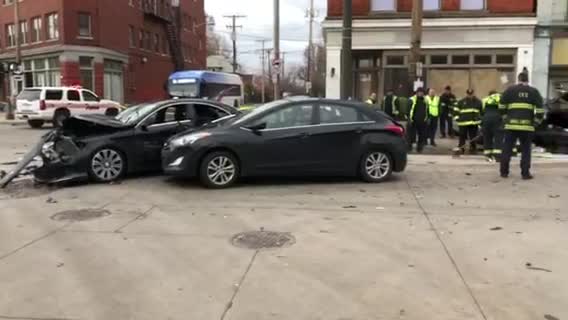 A black Mercedes is one of five vehicles involved in a crash at East 55th Street and Broadway Avenue in Cleveland Wednesday. 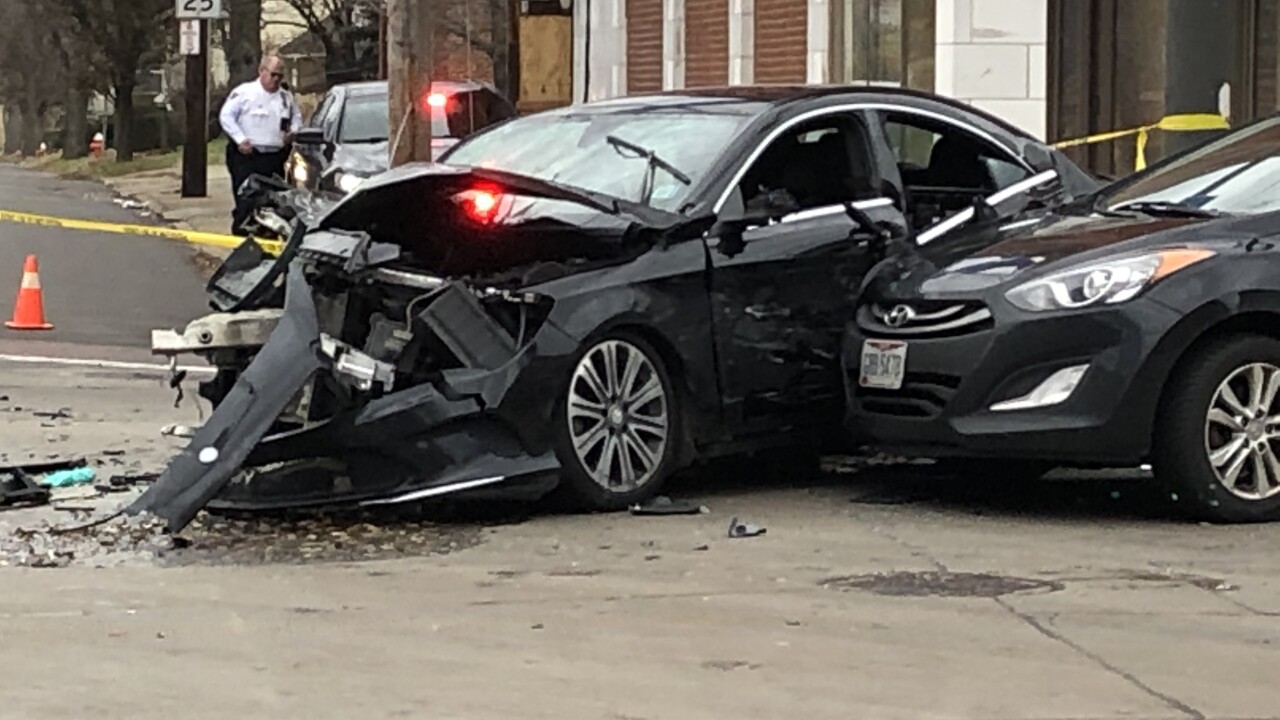 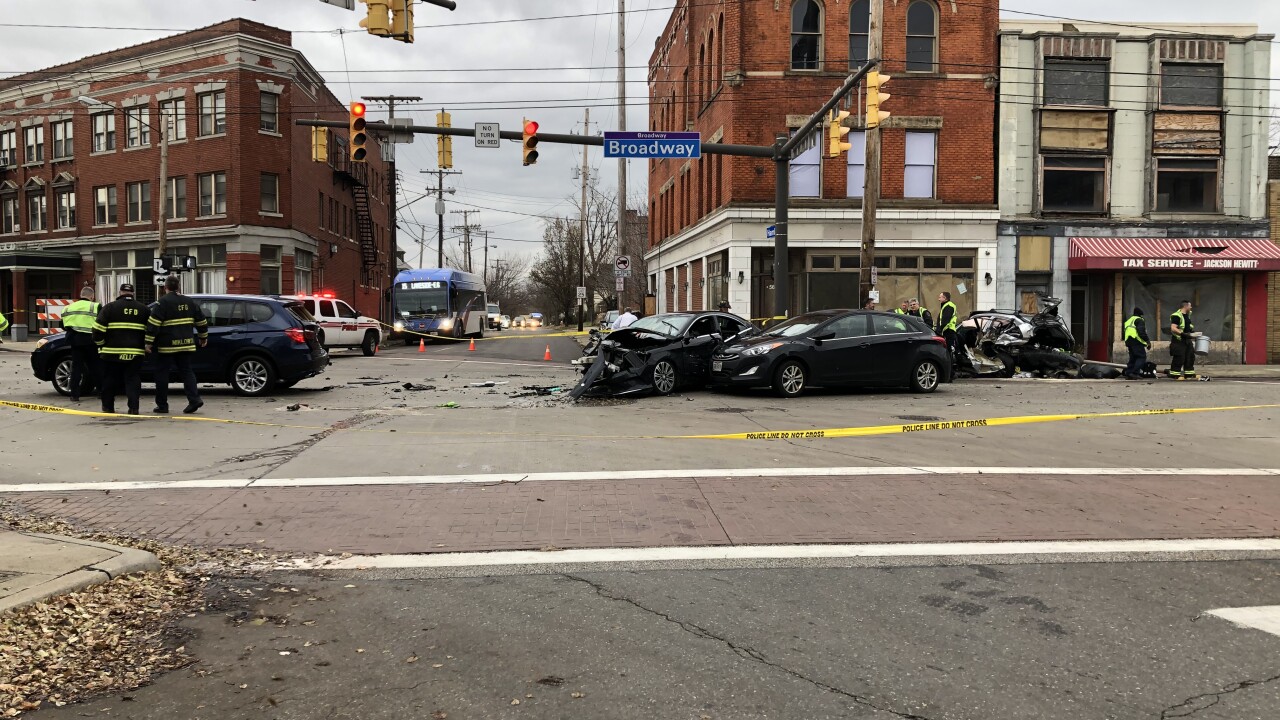 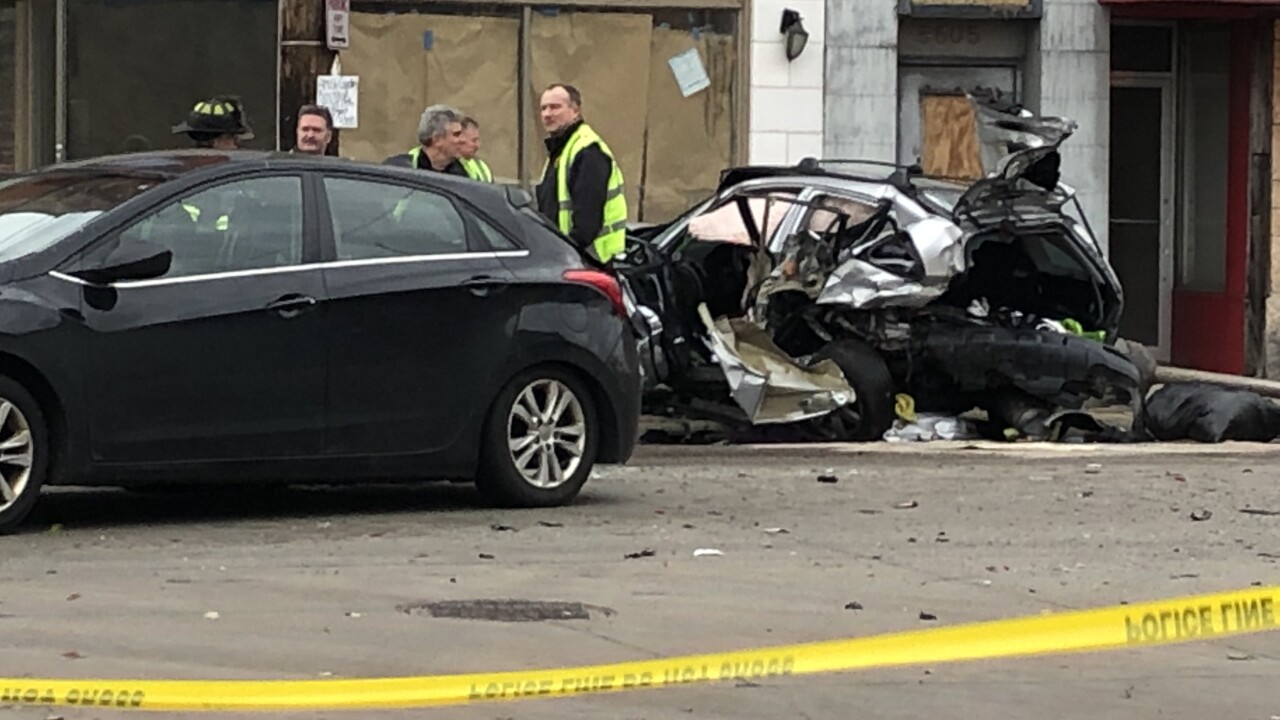 CLEVELAND — One person has died as a result of a crash that happened near the intersection of East 55th Street and Broadway Avenue in Cleveland Wednesday.

The crash happened at about 1:30 p.m. Cleveland police and EMS responded.

As of 2:30 p.m., the intersection remained blocked off.

Cleveland police said that one person was ejected and died from injuries sustained in the crash. There's no word on if anyone else was injured.

News 5 photographer Bob Fenner was on scene shortly after the accident, which caused significant damage to at least two of the vehicles.