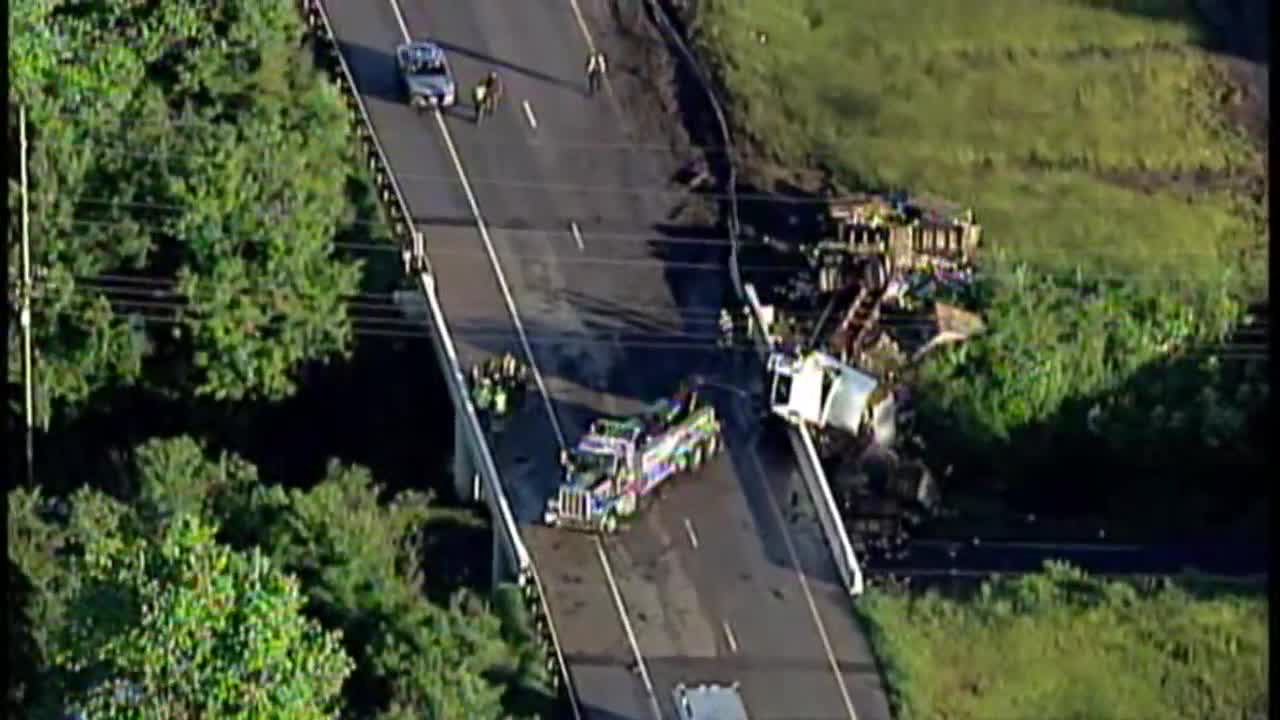 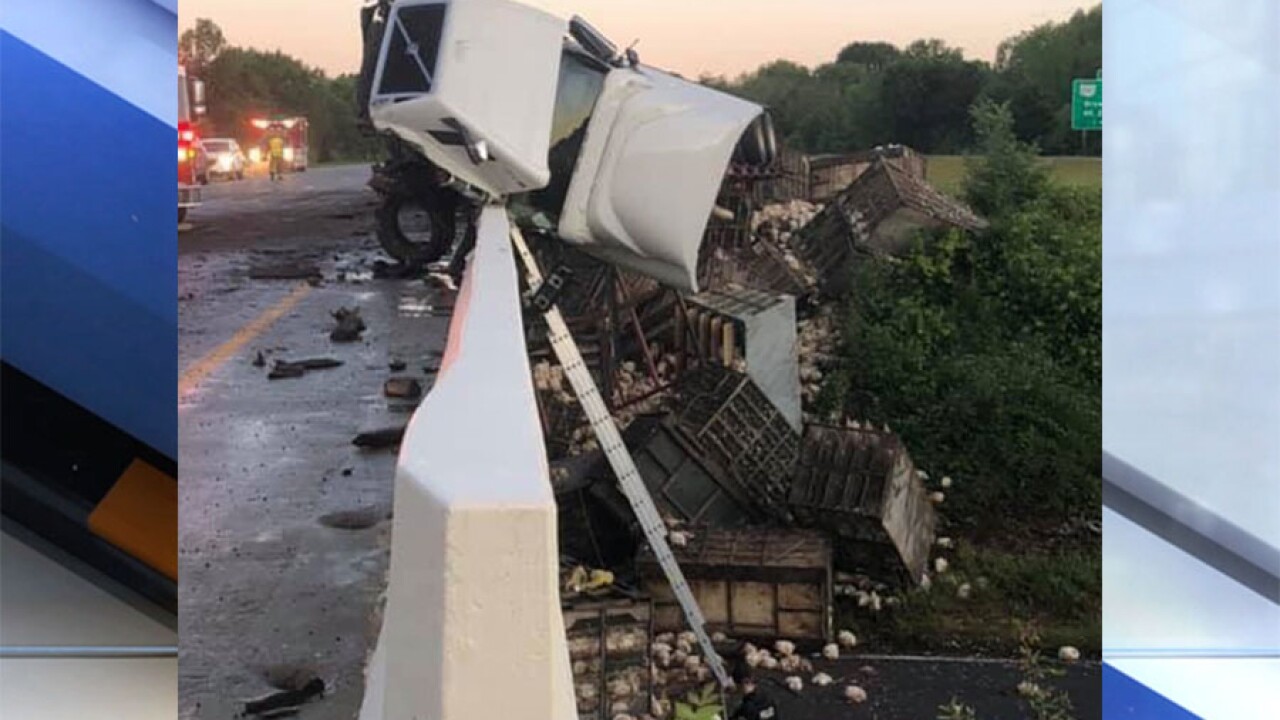 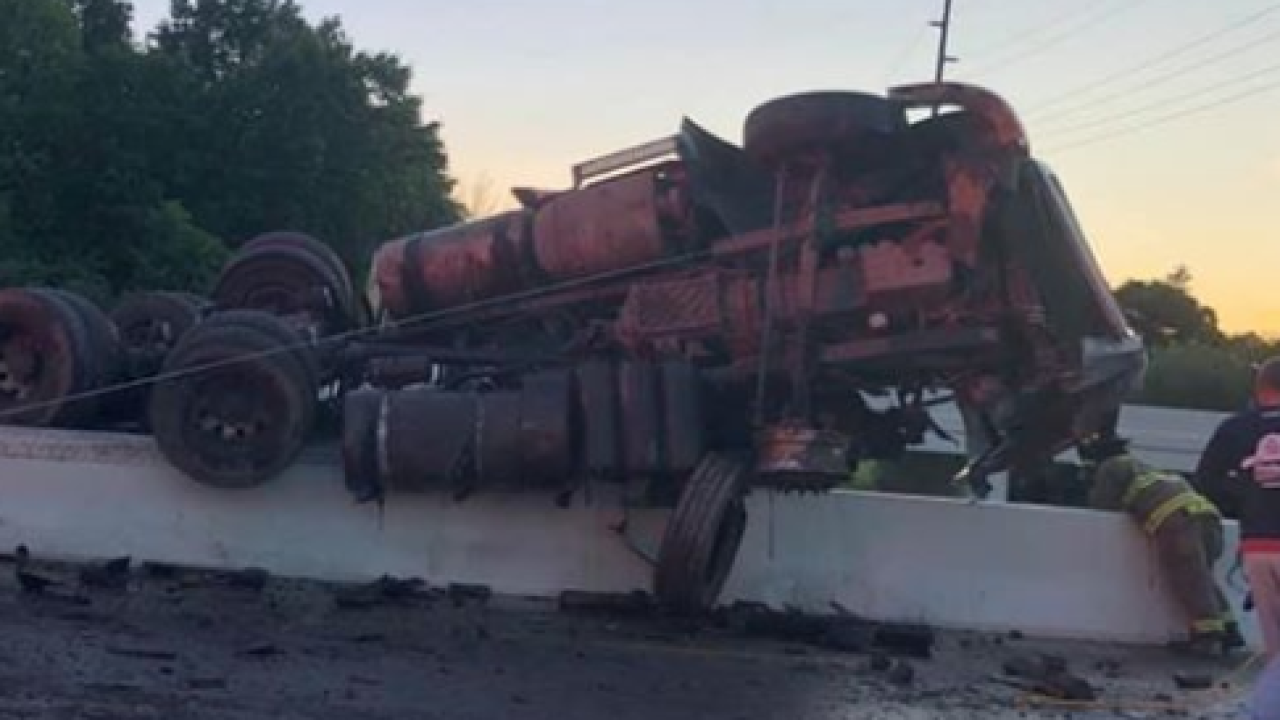 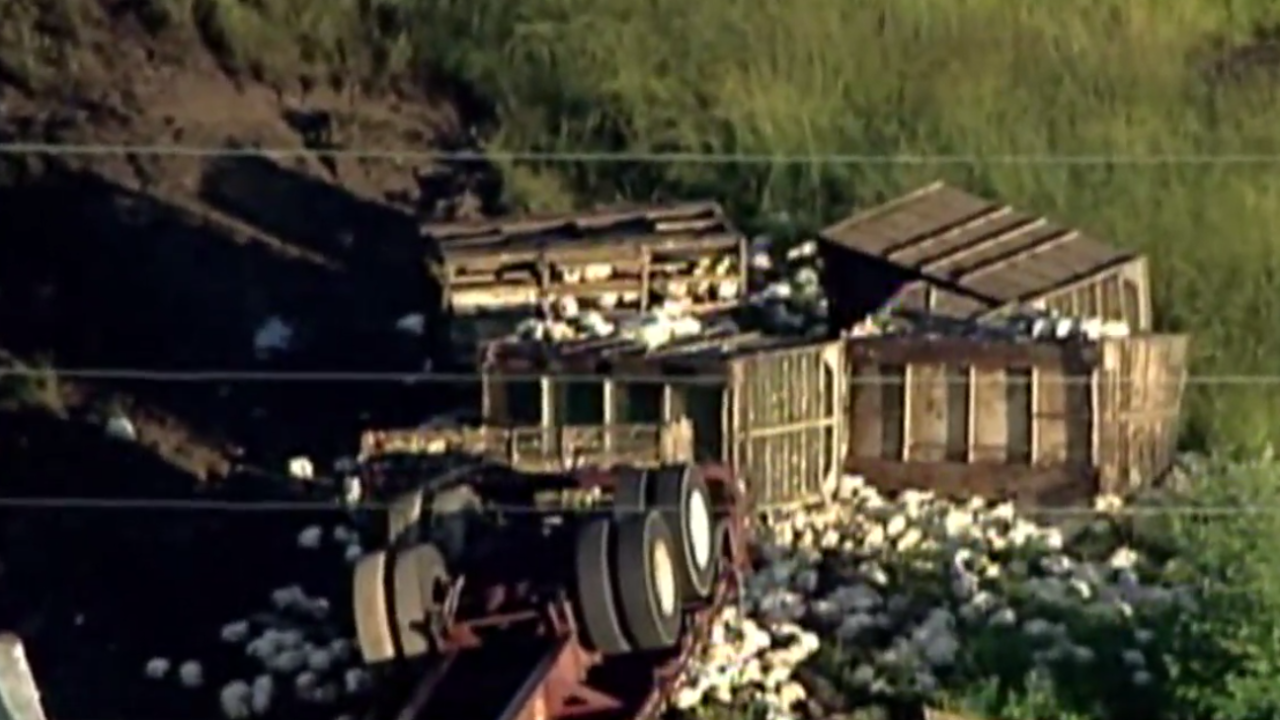 STARK COUNTY — A truck driver sustained minor injuries Friday morning when his tractor-trailer crashed and overturned, spilling thousands of chickens the vehicle was carrying all over the road.

The crash happened just after 5:30 a.m. on the eastbound side of US-30 near Pigeon Run Road.

According to the Ohio State Highway Patrol, the truck went off the left side of the road, hit a guardrail and overturned. The truck was transporting thousands of chickens.

The 62-year-old driver sustained minor injuries in the crash. He was treated on scene by EMS and released, authorities said.

Crews closed down US-30 for several hours while the crash was cleaned up.

AirTracker 5 was over the scene Friday morning.

OSHP said alcohol is not a factor in the crash. The cause of the crash is still unknown, but authorities said they are investigating if the driver possibly fell asleep.