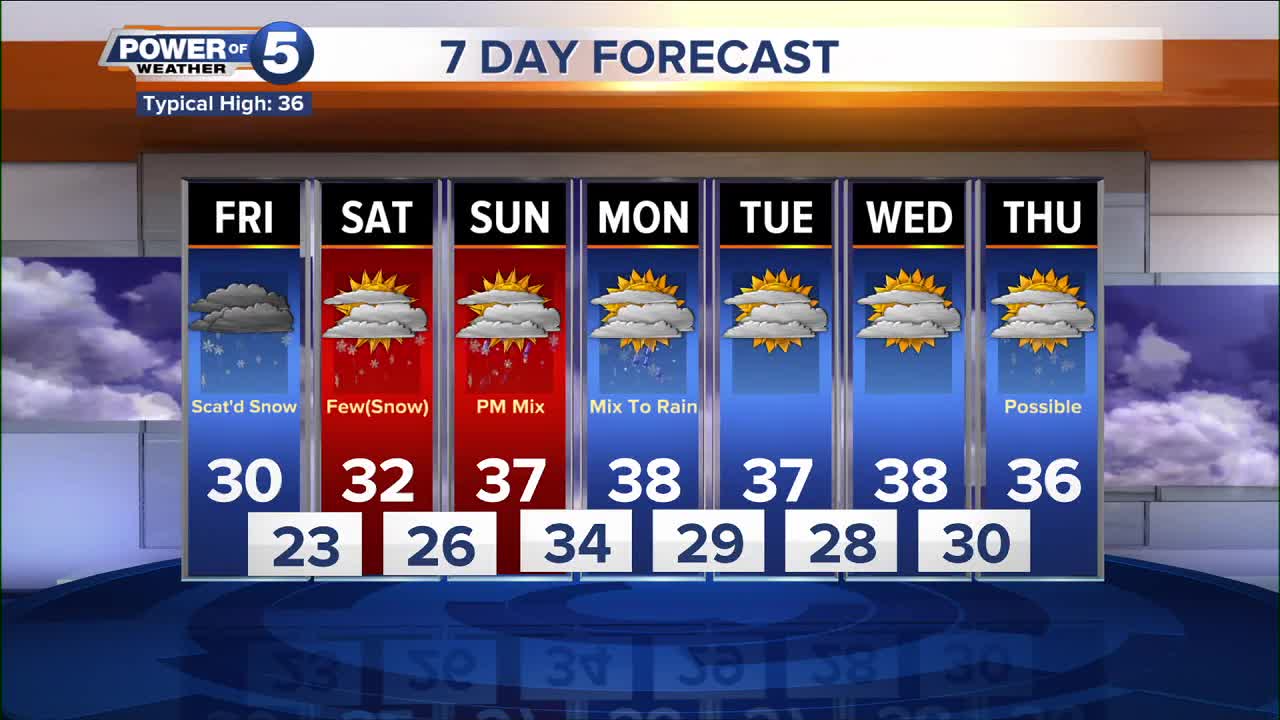 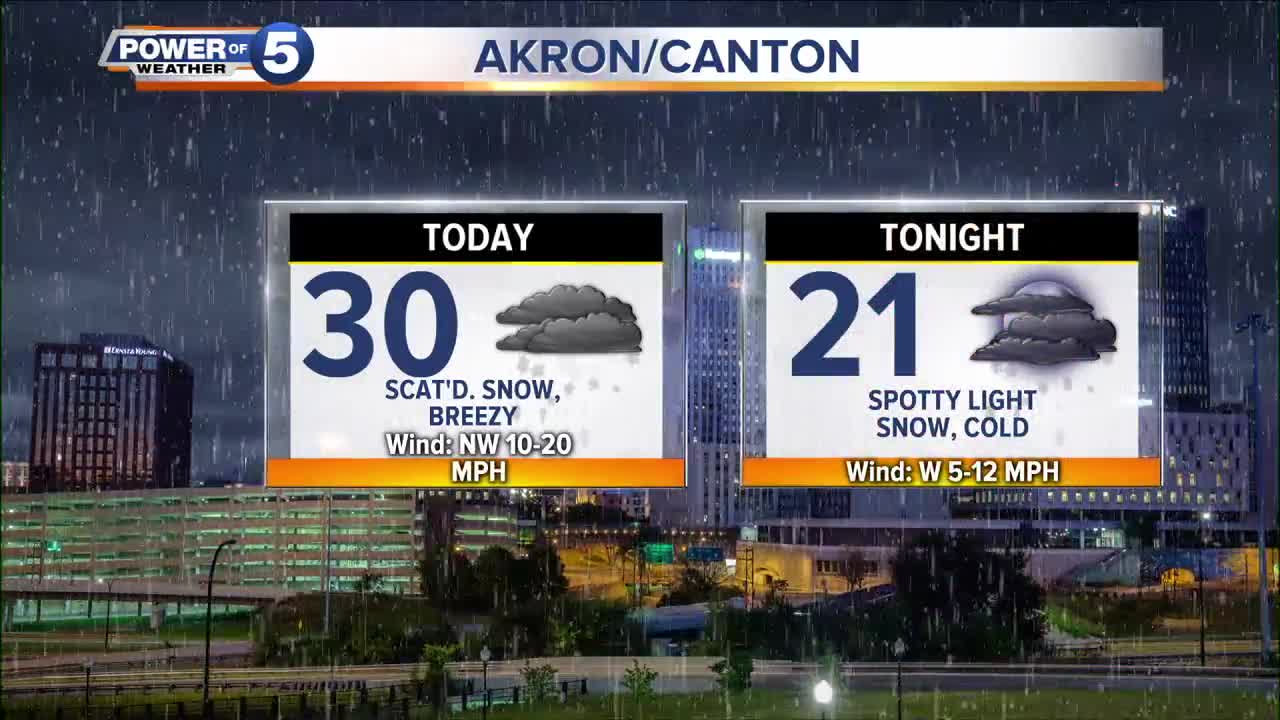 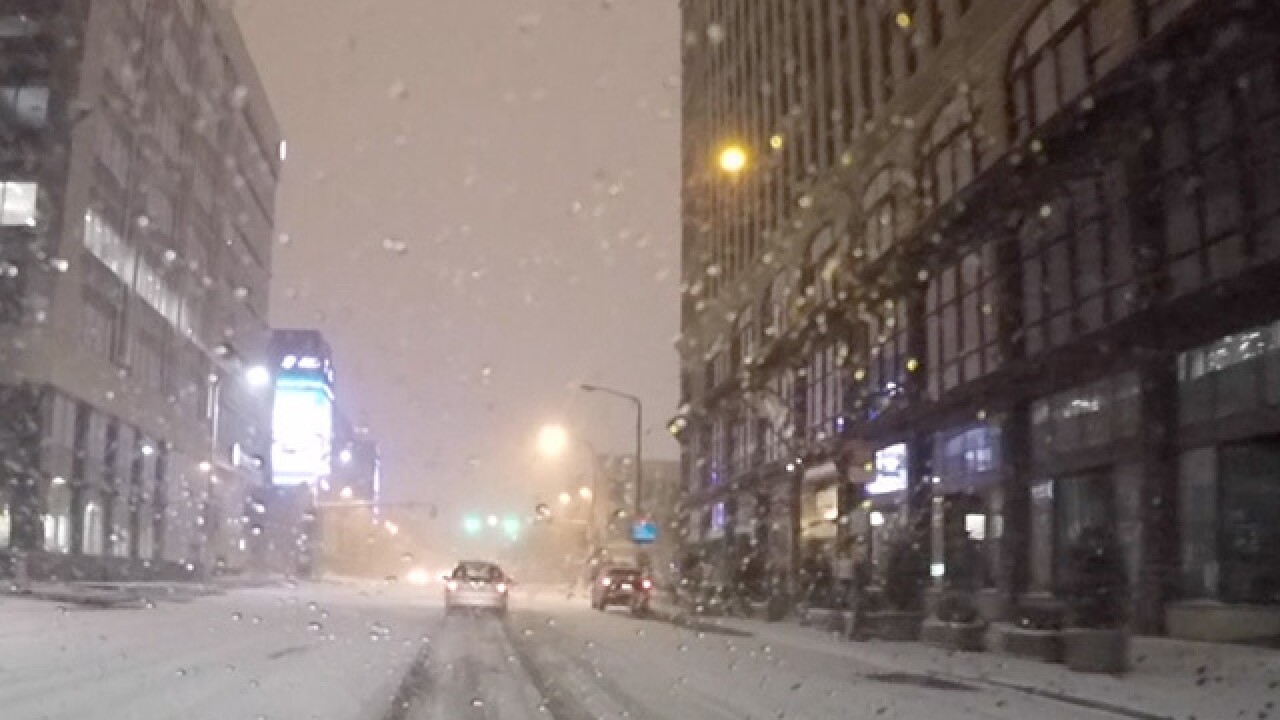 An additional 1 to 3 inches of snow accumulation in possible through the rest of the day Friday into early Saturday, and Winter Weather Advisories are still in effect for most lakeshore counties until 4 a.m. Saturday.

Snow accumulation since early morning has been a trace to 3 inches for most creating more slippery spots on roads. Snow will gradually become less widespread through tonight.

According to the Akron branch of the Ohio Department of Transportation, the area that was hit hard by snow Friday had 45 plows dispatched Friday afternoon between Trumbull and Mahoning counties.

#SnowUpdate we currently have 45 plows out between Trumbull and Mahoning Counties and over 400 in northeast Ohio! Please give our drivers plenty of room to work #DontCrowdThePlow pic.twitter.com/UpqO38SCKw

Drivers in Lake County should watch for lake effect snow, use caution and slow down when conditions deteriorate, ODOT says.

Watch for lake effect snow this afternoon in Lake County use caution and slow down when conditions deteriorate. Check OHGO for up to the minute speed limit changes! https://t.co/mz8J0ns0Vp pic.twitter.com/Fn2xZE1VSN

Due to inclement weather, the speed limit on Interstate 90 between State Route 44 and State Route 528 has been reduced.

A crash on I-271 at State Route 14 has snarled traffic. Crews are on scene, but it's not known when the lanes will be reopened.

Drivers can check for speed changes before they depart for the day by heading to OHGO.com.