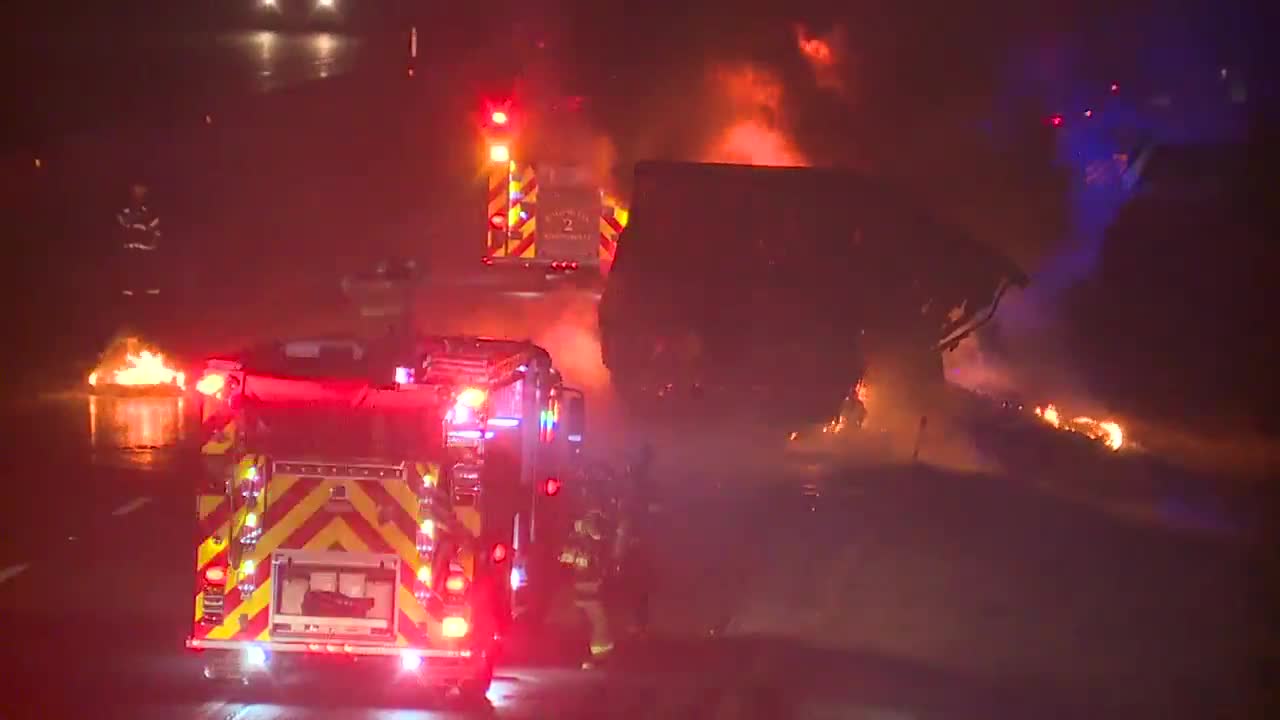 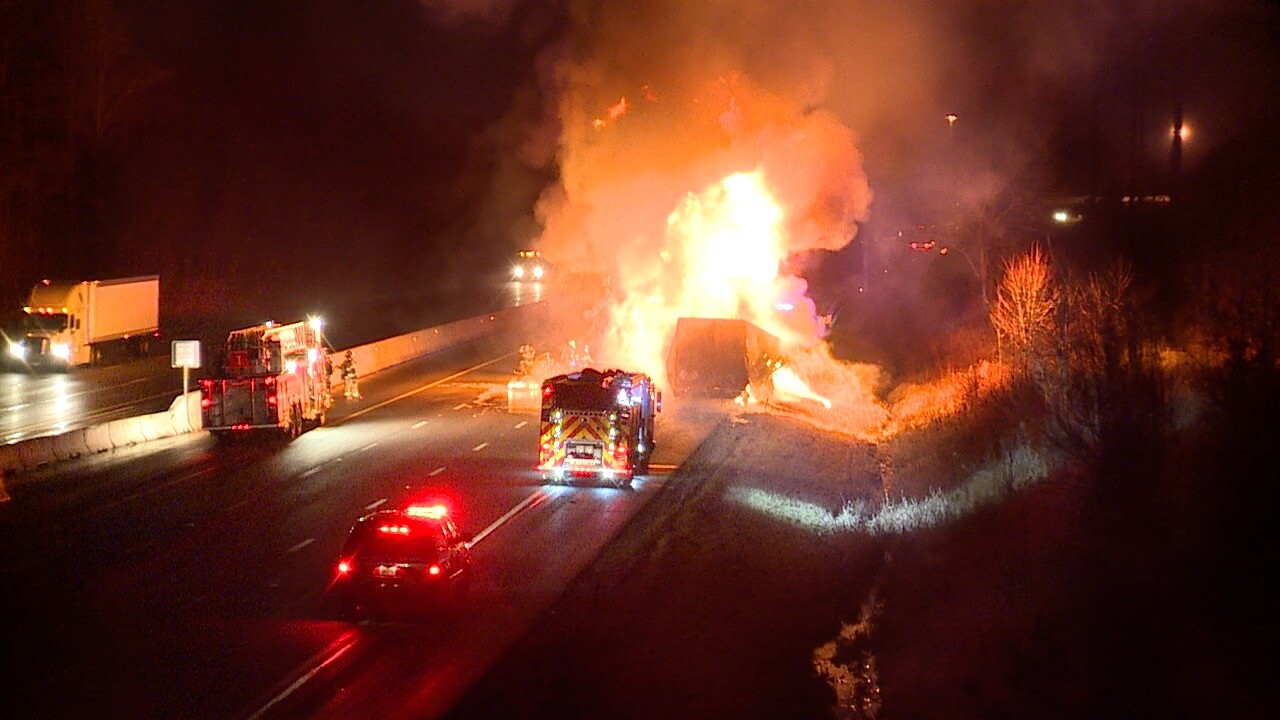 Firefighters were on scene putting out the truck fire in the westbound lanes of the Ohio Turnpike just before I-71.

All lanes of the @OhioTurnpike are closed Westbound just before I-71. Semi burning to the ground. Unknown on the driver but it appears they pulled off and this was probably a brake fire. Get off at I-77 if you can. pic.twitter.com/wxa26SxvHL

All westbound lanes were originally closed as crews worked to remove the torched truck, but all lanes have since been reopened.

It's unclear at this time what caused the truck to catch fire.

The driver's condition is unknown at this time.