This Breed Of Sheep Looks Just Like An Adorable Stuffed Animal 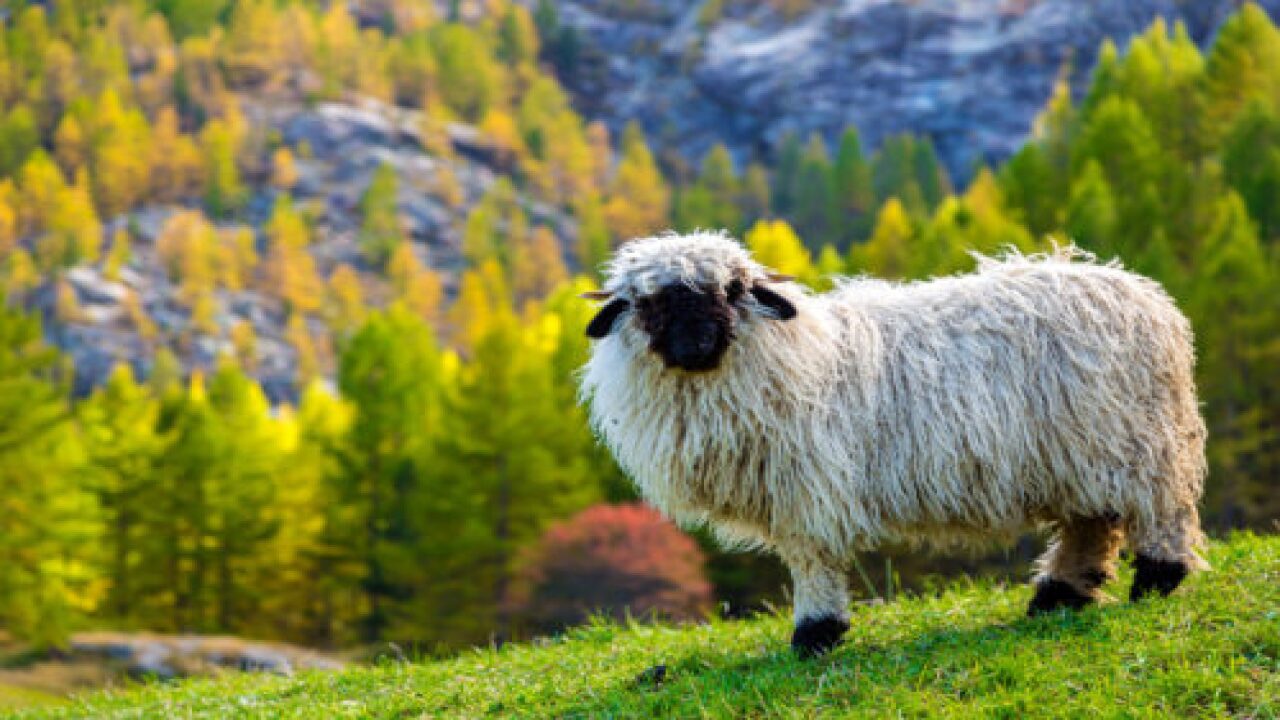 Meet the Valais blacknose sheep, otherwise known as the Walliser Schwarznasenschaf. It looks like an adorable creation from Jim Henson‘s puppet shop, but it is wonderfully real.

The breed originated in the Middle Ages in a mountainous region of Switzerland and has a hardy reputation. According to the American Sheep Industry Association, their coarse wool is best suited for heavy-duty uses like carpets, bedding and felting. Over the centuries, they’ve also been bred for meat in their harsh, high-altitude homeland.

The breed is ancient, but they’ve only been officially recognized as a breed since 1962. And they’ve only started making their way out of Switzerland in recent years. American breeding programs just began in 2016, with the first generation of lambs dating to 2018.

How did we resist this sweet face for so long? With their black faces, ears, socks and hooves, these sheep are camera-ready! We think it’s adorable how you can barely see their eyes.

Best of all, their face matches their temperament: According to one New Zealand breeder, blacknoses like humans and are known to follow hikers around the Alps. Another breeder, in the United States, says blacknose sheep are “typically placid and docile … almost dog-like.”

Speaking of dog-like, Valais blacknose sheep are just about dog-sized. Large males stand nearly 3 feet at the withers (where the shoulders meet the back), meaning most sheep will be smaller than that. They’re stout little guys, though, weighing up to 275 pounds for a male or 198 pounds for females.

Don’t get hung up on the dog comparison, though. Blacknose sheep may be darling and delightful, but they are still sheep, and they need more care than a dog.

U.K. breeder Chartley’s Valais Blacknose writes that blacknoses need to be sheared twice a year to maintain a healthy coat. Because they’re native to a dry, high-altitude climate, they’re prone to foot troubles at lower, more humid altitudes. And like all sheep, they need room to graze and socialize and such.

Also: horns. Both sexes have horns, which could cause issues if you’re just looking for a snuggle buddy. Here’s an Instagram photo from @katiediditx_ on Instagram, which shows some of the variety of horn shapes in this breed.

So maybe they’re not the best idea as a house pet. But they sure are cute! And if you’ve got the space and the skills, they’d be a fine addition to your farm family.

If you don’t, there’s a Facebook fan club you can join if you just want to look at how cute they are every once in a while!