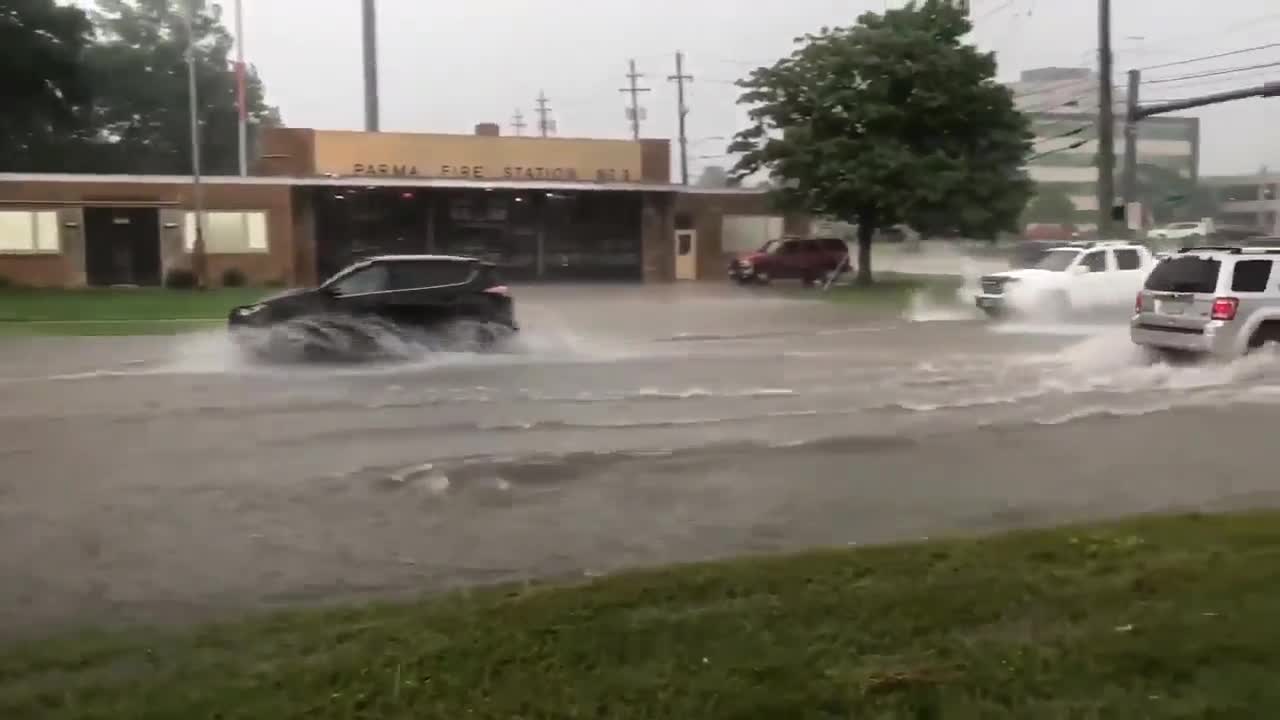 CLEVELAND — A Flash Flood Warning has been issued for Cuyahoga County until 6:45 p.m. on Friday as slow-moving storms roll into the area.

Those storms are dumping heavy rain on the area, which raises the threat of flooding.

Power of 5 Radar estimates around 2" of rain falling over the last 3 hours between Parma Heights and North Royalton. Watch for ponding of water on roads! Storms are moving slow and dumping a lot of rain!#weather #WEWS #Cleveland pic.twitter.com/e1s5y9uizw

Flooding in Parma
The Power of 5 Radar estimates that around 2 inches of rain has already fallen in the last three hours between Parma Heights and North Royalton. The Parma Fire Department is warning motorists to avoid "high water areas." Viewers are telling us they are seeing three feet of water on some streets. Basements are flooding.

This is what some of the basements look like on Whipporwill Lane in Parma! #flooding #parmaflooding #summerstorm #WEWS @WEWS pic.twitter.com/Ozj5CvIdlI

A fire spokesman said: "It appears that a majority of the flooding occurred in the southwest area of the City of Parma. This includes the area from West Ridgewood, south and west to the city border. The area of Ridge Road was completely flooded but receding at this time."

Flash flood warning for Cuyahoga County mainly from south of 480 and west of 77. #Cleveland #weather pic.twitter.com/D6qgHR9Zve

From viewer @mmclaughlin10 in Parma:

All-Star Game festivities impacted
Those visiting downtown are already feeling the effects of the heavy rain. The outdoor portion of Play Ball Park has been closed due to bad weather.

The event’s indoor area, which is at the Huntington Convention Center, remains open.