News 5's Trent Magill is keeping an eye on river gauges, and breaks down which areas are at threat for more potential flooding.

MASSILLON, Ohio — The News 5 Power of 5 weather team is keeping an eye on river gauges across the area to show which areas are currently experiencing flooding or near-flooding, and which are at risk for more flooding.

The gauges in northern Ohio – Ashtabula, Cleveland and Sandusky, are all in the “green,” meaning there is no flooding at this time, and none expected with the current round of rain, said News 5 Meteorologist Trent Magill.

Areas like Akron and Canton, where the gauges are in yellow, are in “near-flood stage.”

The river gauges in orange are at minor flood stage. In our area, Massillon at the Tuscarawas River is currently at that stage and is currently under a flood warning. Kilbuck Creek through Wayne and Holmes counties is also affected by flood. 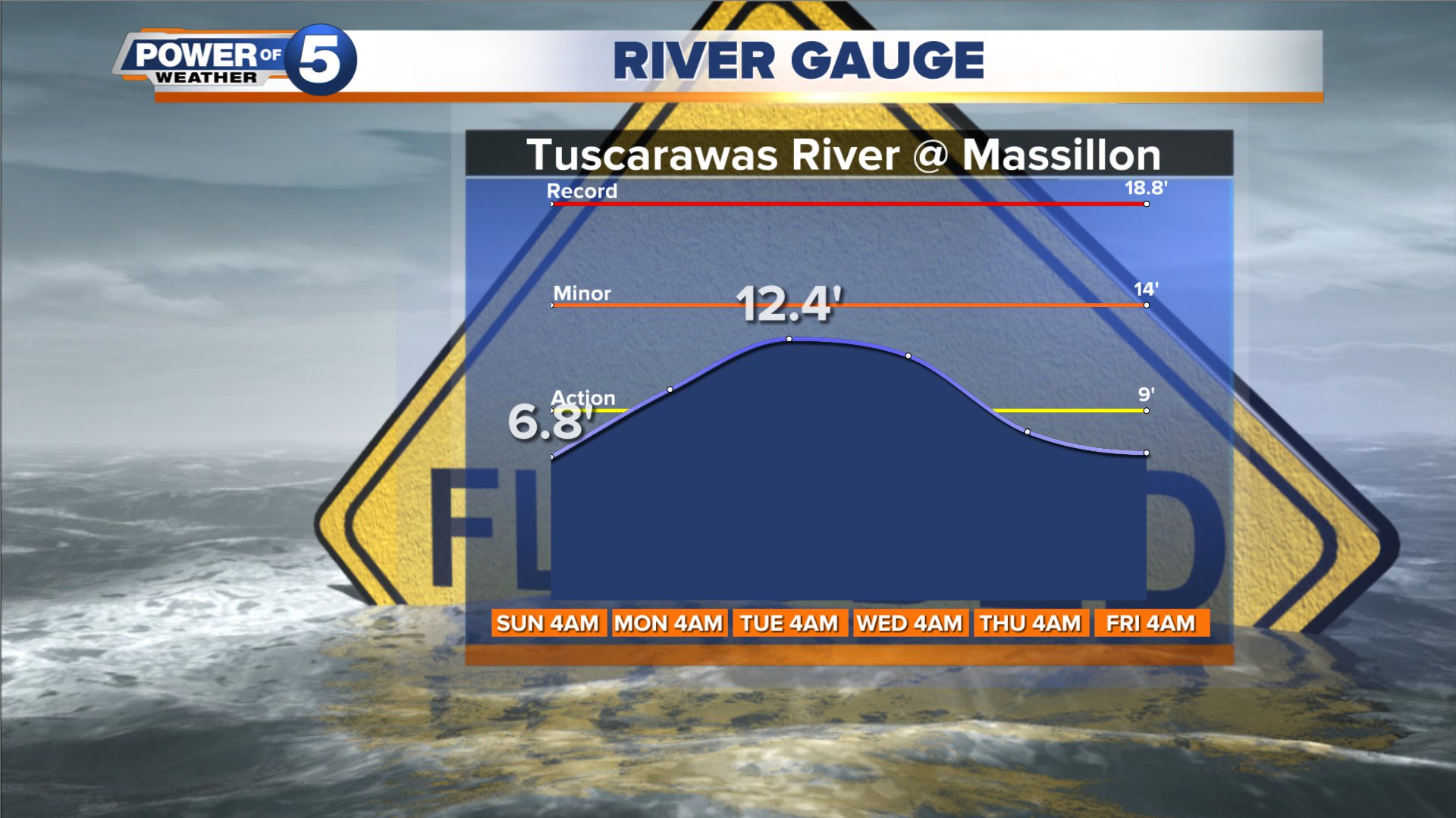 Upstream, drainage is an issue, and why residents in area will need to remain vigilant over the coming days, and possibly weeks. Because the water levels get so high, the flow from all the creeks, streams and tributaries upstream don’t flow as quickly into those bigger rivers. It takes time for everything to move downstream. All the floodwater will eventually flow into the Ohio River, but it will take a while.

Any extra rains and downpours will lead to a rising flood potential, so everyone in the affected areas will have to stay on high alert, Magill said.