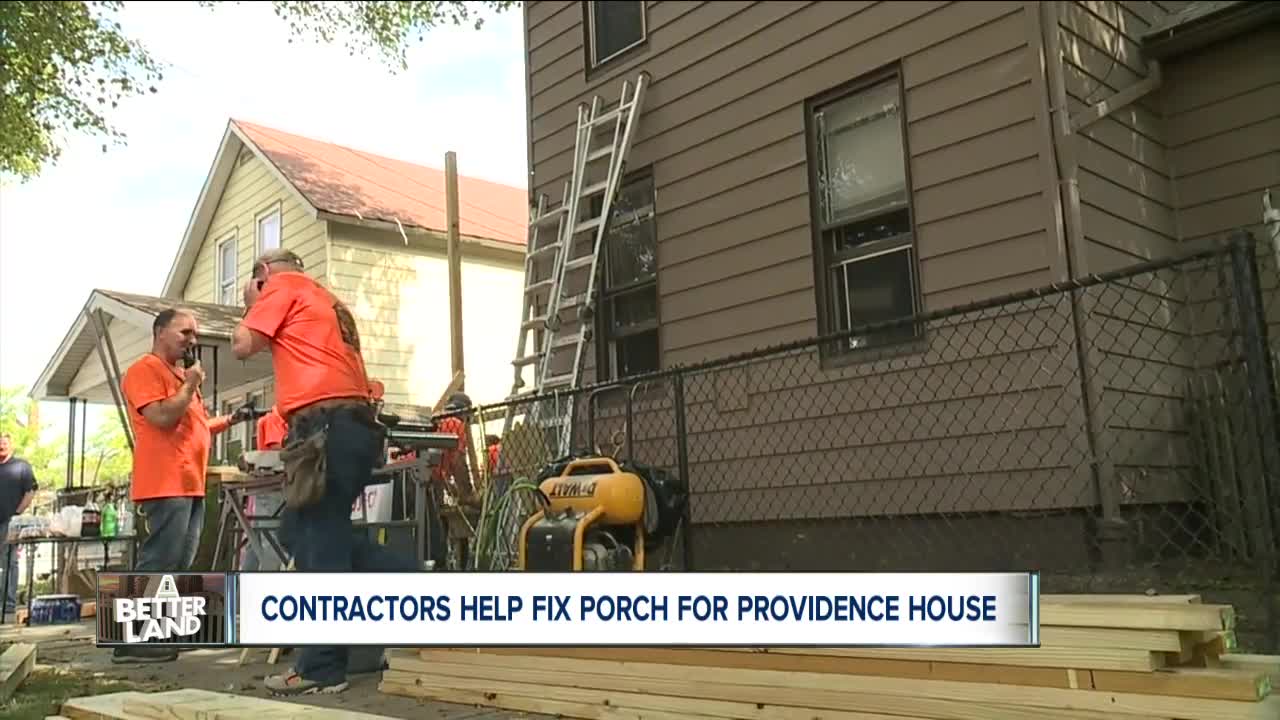 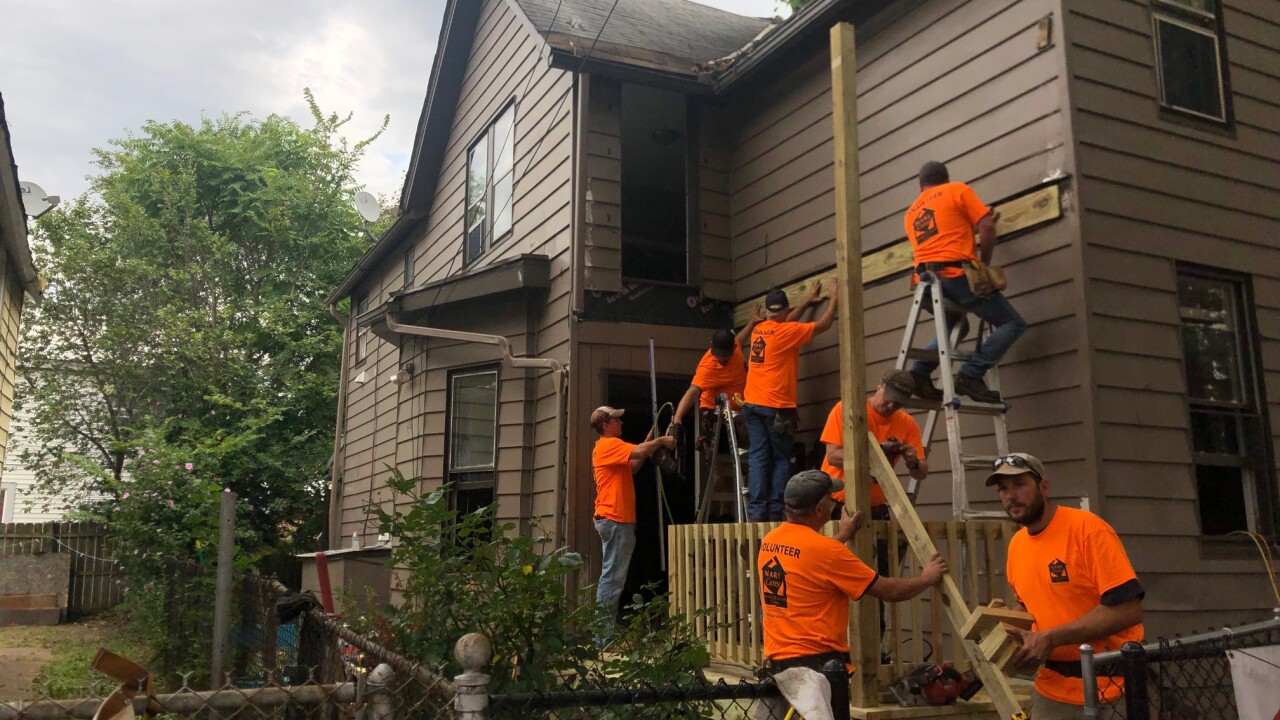 CLEVELAND — Putting competition aside in the name of charity, a group of contractors and home remodeling professionals donated their time and expertise to re-build the front porch of local non-profit, The Providence House. The charitable endeavor was part of an initiative led by the Cleveland chapter of the National Association of the Remodeling Industry (NARI).

As part of the initiative, NARI Cares, home improvement professionals and contractors complete multiple projects for worthwhile causes across Northeast Ohio every year. When the organization heard about the condition of The Providence House’s front porch, NARI’s leaders knew it would make for a worthwhile project.

“We want to do projects that help the community,” said Mark Maltry, NARI’s president-elect. “Providence House is an association that is doing things for the community that we felt was really important.”

Like many of NARI’s members, Maltry owns his own business, Jemm Construction in Painesville. Although he’s a trim carpenter by trade, Maltry is often involved in the day-to-day of his business, which often keeps him away from the job sites. The Province House project afforded him the opportunity to get back to his roots.

“It’s refreshing really to be out here and be working with your hands again,” Maltry said. “What better way to give back to the community than to provide assistance and renovations on a home that houses those people right? We felt like it’s important. It’s right along the lines of what we can do as an organization.”


The Providence House provides temporary shelter to children whose parents are in crisis, whether it be homelessness or threats of domestic violence and neglect. The non-profit also shelters children whose parents face extended hospital stays. In 2018, the Providence House served 325 children from 165 different families. The organization also has future expansion plans which would allow it to serve 600 children.

By having NARI’s members replace the rickety, dilapidated front porch, it will allow the Providence House to devote even more of its resources to its core mission instead of paying for repairs.

“It is going to make it so much easier being able to have a space that is safe for someone to come to,” said Kayla Webb, the external relations manager for the Providence House. “It really helps us to move forward to ensure more kids have a safe place to go and kids are free from abuse and neglect.”

With nearly two dozen professionals converging on the job site, the new front porch came together quickly. Contractors also made other improvements to the property. Later this year, the company owned by the president of NARI’s local chapter will install a new roof at the Providence House.

The group developed a sense of camaraderie quickly, despite typically being competitors for projects.

“I was telling my guys they’re working quicker here than when they are on the [job site],” Brian Pauley, the owner of Remodel Me Today, said with a smile. “Everybody gets along great. We enjoy a little banter back and forth when you bring groups together like this. Everybody that is involved in the NARI Cares group has a feel for giving back to the community. We’ve all been fortunate in our careers and we feel we want to try to help other people.”

The dumpster was donated by Chuck-It-Containers.