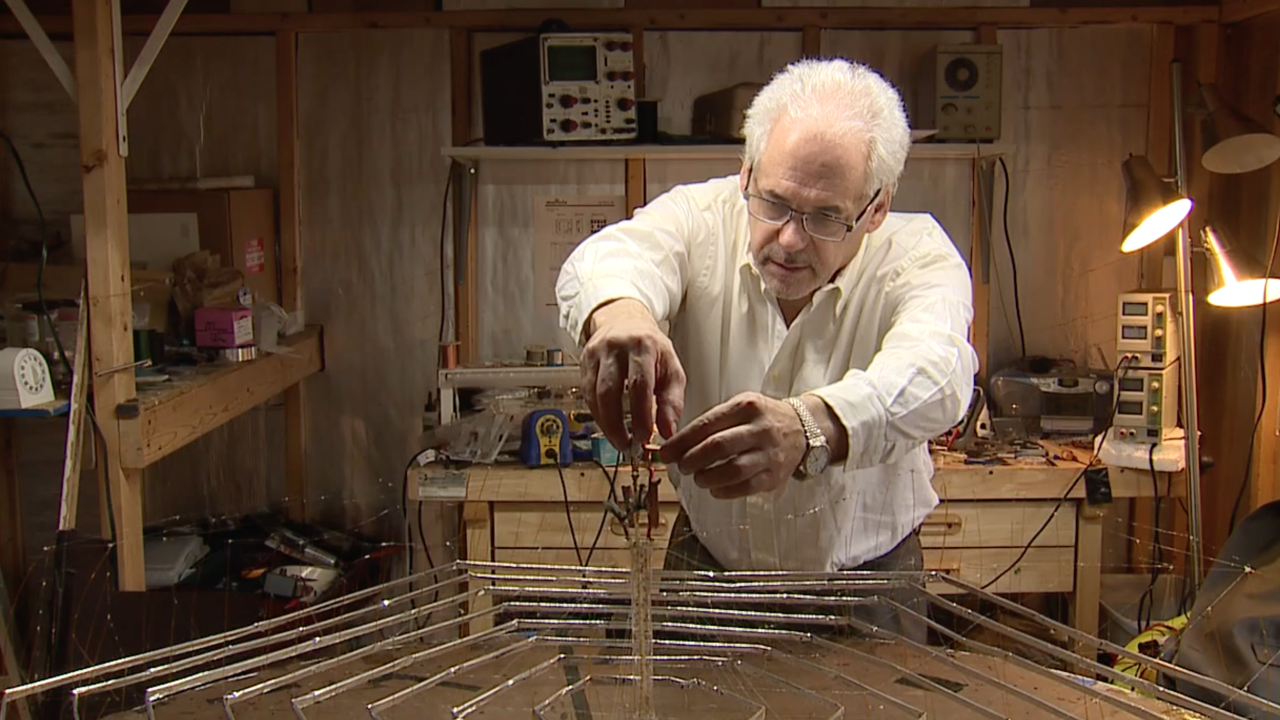 OBERLIN, Ohio — A story straight out of a science fiction novel is playing out in Northeast Ohio. An Oberlin man has created a flying machine that he says could change the future of flight.

"Aviation started here in Ohio by two guys that everyone thought were just out of their minds,” Ethan Krauss said.

You could call Krauss, who is an electrical engineer, a modern-day Wright brother.

"There have been a lot of challenges over the years," said Krauss.

For nearly two decades now, in a pair of sheds in his backyard, Krauss has been trying to create lift using electrically charged molecules.

It was while working on aircraft turbines that Krauss' passion for this was born.

"If you can move the air downwards without stirring it up too much, then you end up with a very efficient flying machine," Krauss said.

The flying machine has no moving parts, it's silent and creates no emissions.

"Possibly be a revolution in flight for light duty applications," said Krauss.

With hundreds of flying hours under his belt, Krauss partnered with Case Western Reserve University's patent venture clinic which helped him get a United States patent.

"It really is a big deal because people thought it wasn't possible."

As this inventor tinkers with his prototypes, he said the next step is to improve steering and one day be able to carry a person.

For now Krauss believes he's created the next generation of drone technology.

"Why would you want to buy a quadcopter with blades whirling around that could hurt people when you can have something that's silent," Krauss said.