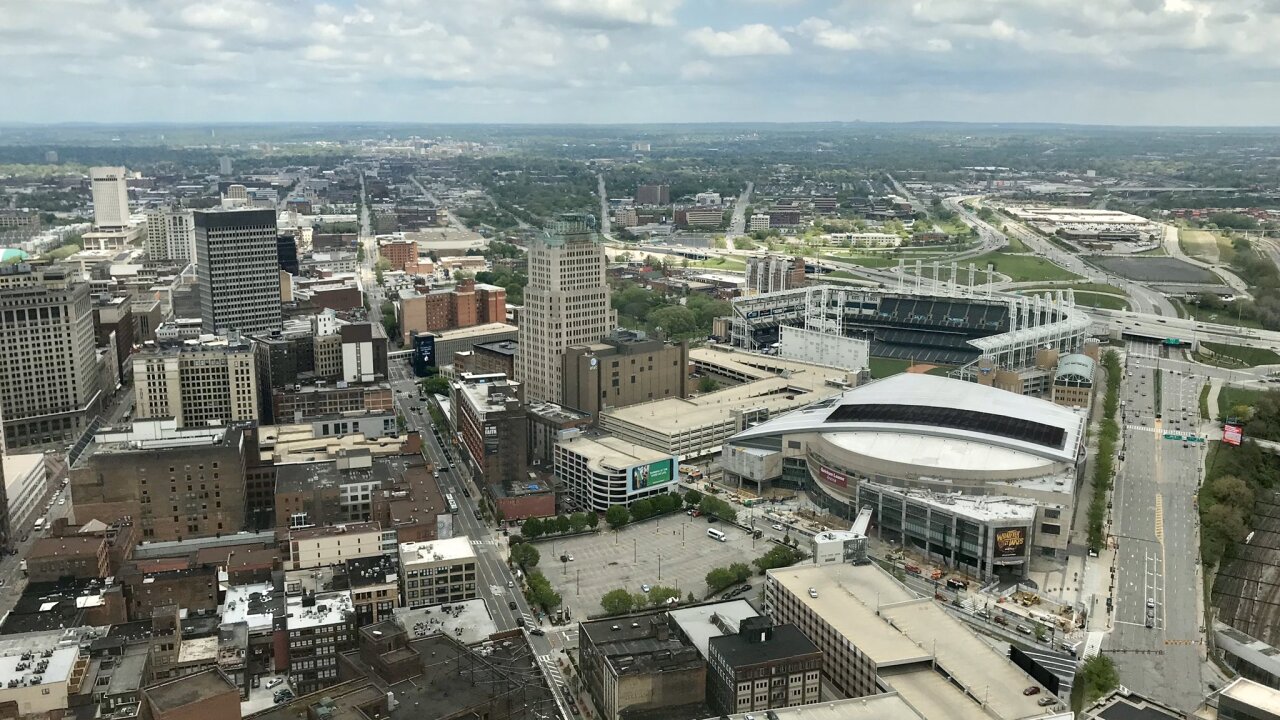 The Terminal Tower Observation Deck—a place you can see a bird's-eye view of the city for miles (on a clear day)—will open early to public with extended hours for a limited time.

The Observation Deck will open one week early with extended hours on March 28-29 form 12-8 p.m. Normal hours resume the following weekend of April 4 through the 5, from 12-4 p.m.

Guests will take a trip the 42nd floor of the Terminal Tower, where visitors can enjoy a self-guided tour. The tour is limited to 25-minute increments. Buy tickets here.

The $5 tour is self-guided and is only available on Saturdays and Sundays through November 2020.

The Union Terminal Project was conceived by brothers Oris P and Mantis J. Van Sweringen with the original idea to quicken the commute between Shaker and downtown. The tower was modeled after New York City's approach to transportation and infrastructure.

Bill Barrow, head of special collections at the Michael Schwartz Library at Cleveland State University, said the original plan included only a 14-story structure, but with the idea to bring more commercial tenants to the space and the tower's connection to Public Square, the tower was constructed with 52 stories.

"We think of the Terminal Tower as our landmark, but really it was the landmark identified across the country and around the world. It was part of the building boom era," Barrow told News 5 last year when the observation deck opened for a special winter event. "The Terminal Tower gave visitors and Cleveland residents something to identify with other than a messy, polluted rust belt city."