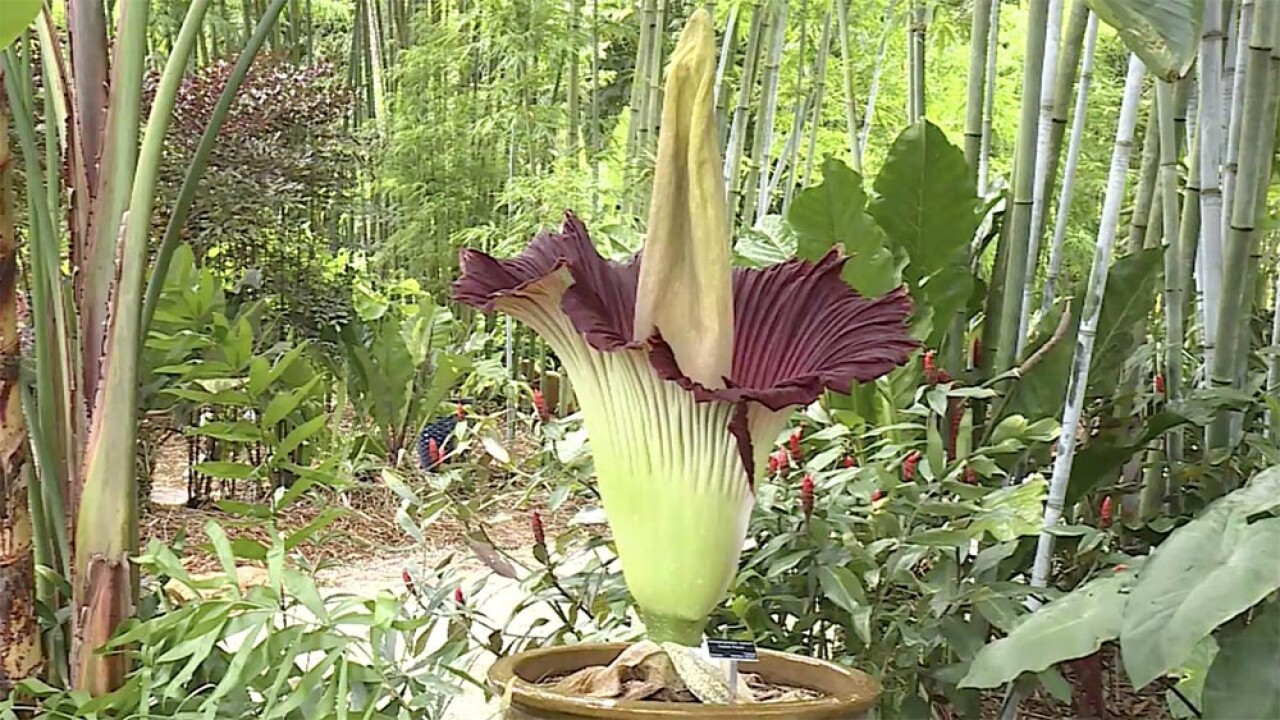 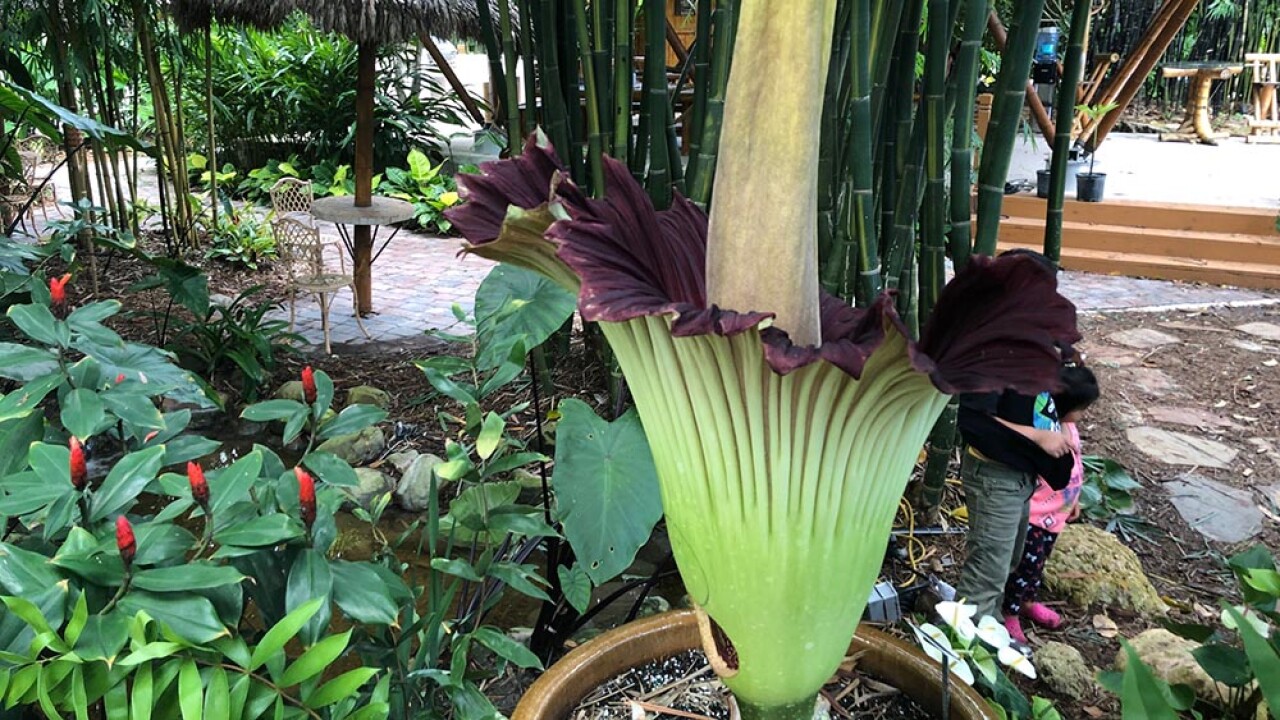 Visitors at the Tropical Bamboo Nursery & Gardens in Loxahatche, Florida witnessed quite a sight over the weekend.

Officials at Tropical Bamboo said the flower last bloomed in 2014.

The corpse flower is called such because of its putrid stench when it blooms. Some compare the scent to the smell of a corpse.

Now that it's bloomed, the flower will slowly close up and droop, and won't open again for at least five years, according to nursery officials.