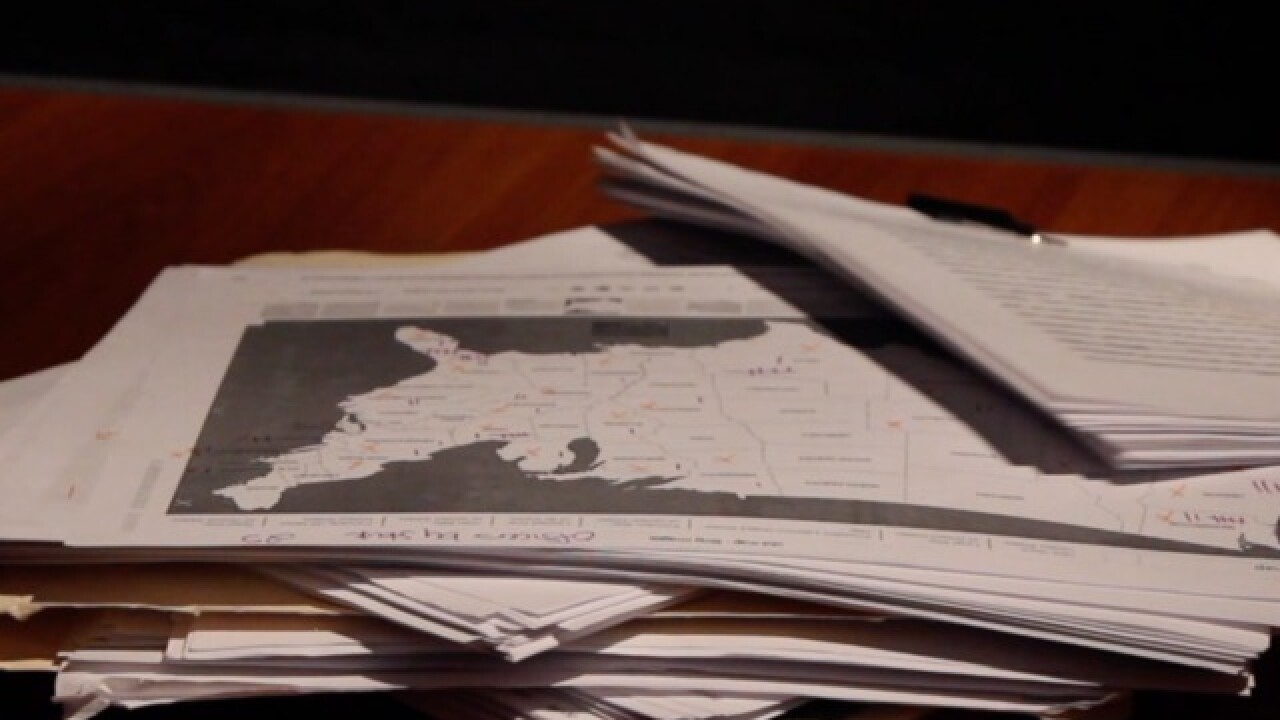 An Exclusive 5 On Your Side Investigation reveals a disturbing pattern of sexual abuse among Explorer scouts across Ohio — and nationwide – by adult leaders who exploited their roles as mentors and advisors for sex.

The Explorer Program operates under “Learning for Life”— an affiliate of the Boy Scouts of America — and offers teens an opportunity to learn about career fields ranging from law enforcement to aviation. The program is built around mentoring and developing trusting relationships with adult volunteers.

Our investigation included a review of court records, published reports and academic studies. We found the victims ranged from 14 to 20 years old and included 61 girls and 25 boys.

It began following the indictment in March 2017 of a Cleveland adult advisor who was charged with sexual abuse involving four members of an Explorer post where he volunteered.

Christopher Collins was a Cuyahoga Metropolitan Housing Authority police officer and worked with teens in the department’s law enforcement Explorer post. He faces an 18-count indictment and is scheduled to go on trial March 31, 2018.

He was accused of taking one teenage explorer for weekend trip to a Sandusky resort where he was allegedly abused. He was also accused of inappropriate sexual relations with three other Explorers.

Among other victims was a 17-year-old girl who signed up in an Ohio Explorer post designed for teens hoping to become firefighters and paramedics.

Instead, she says an adult volunteer, Thomas Watson, raped her.

“It’s hard for me to trust people," she said. "Now I get anxiety when I go to the store."

Watson agreed to plead guilty to lesser charges and served no prison time. He also does not have to register as a sex offender.

Her mother says it took a devastating toll on her daughter.

“It’s very upsetting,” her mother said. “Because I watched my daughter go from somebody who could have been doing something with great with her life...Right now, she’s way behind her peers.”

Other cases involved Dale Stewart, a police Explorer leader who sexually molested two teenage boys and served eight years in prison, as well as John Swing, who served just 30 days in jail after a female Explorer said she sexually assaulted following a ride along in Swing’s police cruiser.

Charges in Swing’s case were reduced to misdemeanors.

In two more cases, teenage girls described being raped by cops. In one case, the adult leader served just two months in prison. In the remaining case, the officer was found guilty only of dereliction of duty.

Anthony DeMarco is an attorney who has represented abuse victims and says there are “hundreds of cases” across the country.

DeMarco also believes sexual abuse is both underreported as well as poorly overseen by “Learning for Life” officials, who he said “have never revoked the charter of an Explorer post” involved in sexual abuse.

Have you been a victim of sexual abuse while a member of an Explorer Scout unit? The 5 On Your Side investigative team is continuing to look into alleged abuse and would like to hear your story. Send us your information here.

Our investigation found the organization does have a protection plan, but DeMarco insisted abuse has continued for years.

“But again,” DeMarco said, “these are model policies where ‘Learning for Life’ and the Boy Scouts have completely fallen down in attempting to put a stop to molestation in actually imposing these policies or enforcing these policies.”

Dr. Sam Walker is a nationally recognized expert involving police and Explorer abuse, who also believes that it remains a serious problem and that “cover-ups” continue.

The Boy Scouts of America sent the following statement to News 5 on Thursday:

Nothing is more important than the safety of our youth members. We are outraged there have been times when Explorers were abused and we sincerely apologize to victims and their families. Even one instance of child abuse is unacceptable.

We seek to prevent child abuse through comprehensive policies and procedures to serve as barriers to abuse, and continue to strengthen those efforts at every level of our organization. These include a thorough screening process for adult leaders and staff, requiring youth protection training of all adult leaders and volunteers, and the prompt mandatory reporting of any allegation or suspicion of abuse.

We are committed to continuous improvement as youth safety requires sustained vigilance. We regularly consult with experts from law enforcement, child safety, psychology and other relevant fields to create policies that reflect society’s best understanding of child abuse and best practices for prevention. We are introducing an updated youth protection training that will cover additional areas of child maltreatment, including neglect, emotional abuse and exposure to violence, which experts agree are important to address in order to help keep youth safe.

The BSA offers assistance with counseling to any youth member, former youth member, or the family of any youth member who suffered abuse during their time in Exploring. The BSA has a dedicated 24/7 Scouts First Helpline at 1-844-726-8871 and email contact address (scouts1st@scouting.org) for these sensitive matters and to report any suspicions of inappropriate behavior.