In an interview produced by the city, mayor denies interfering in grandson's investigations 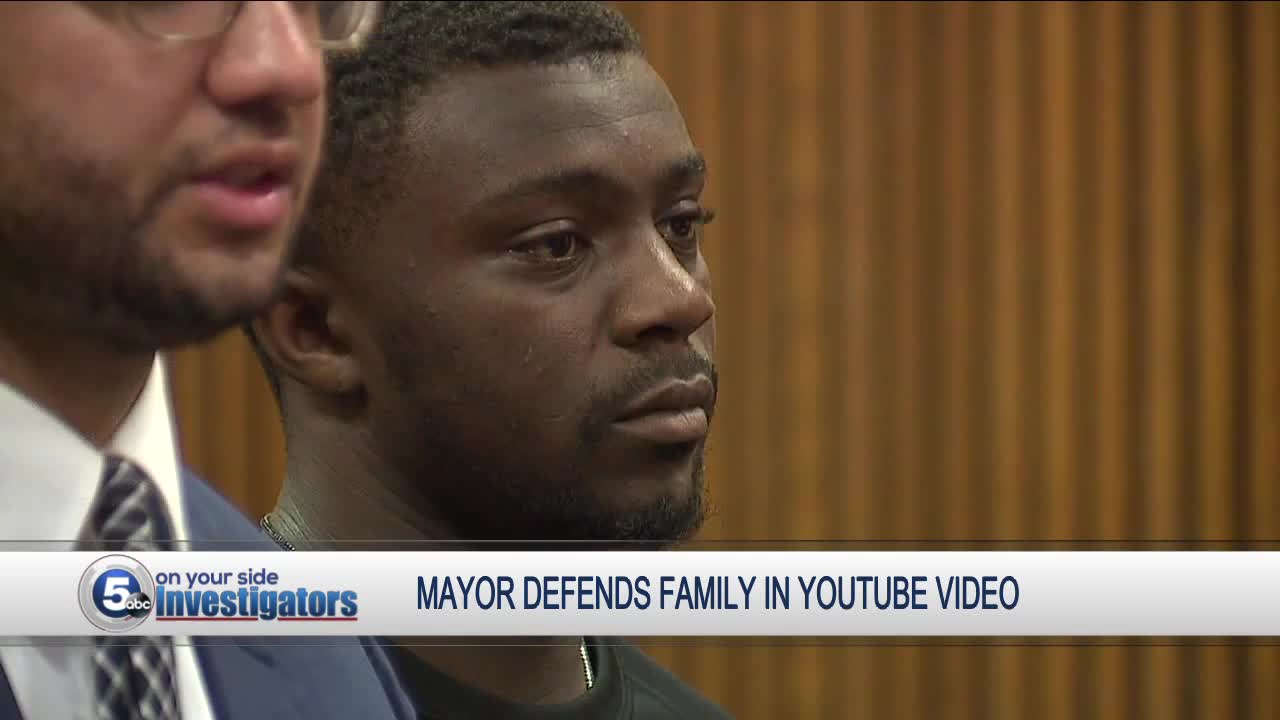 In a seven-minute YouTube video featuring an interview with a “media person,” Mayor Frank Jackson said “you can choose to believe the media, or you can believe me,” regarding criminal investigations to which his grandson, Frank Q. Jackson, is currently connected. 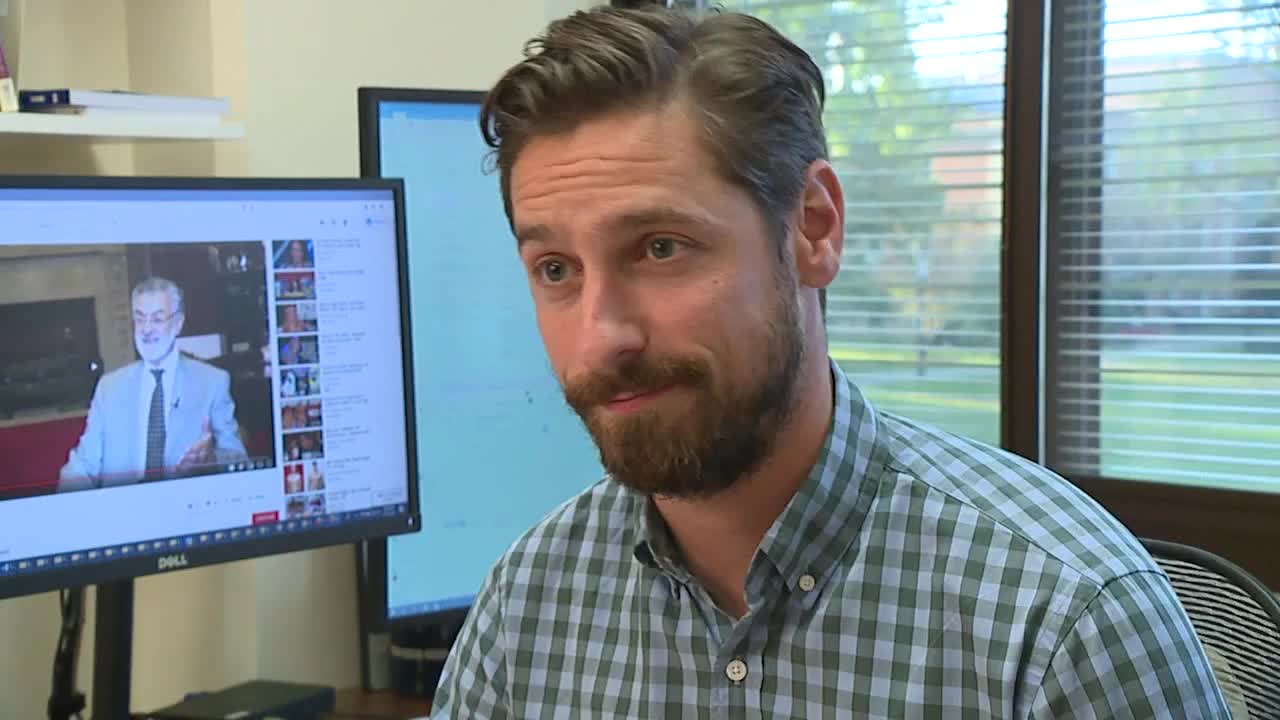 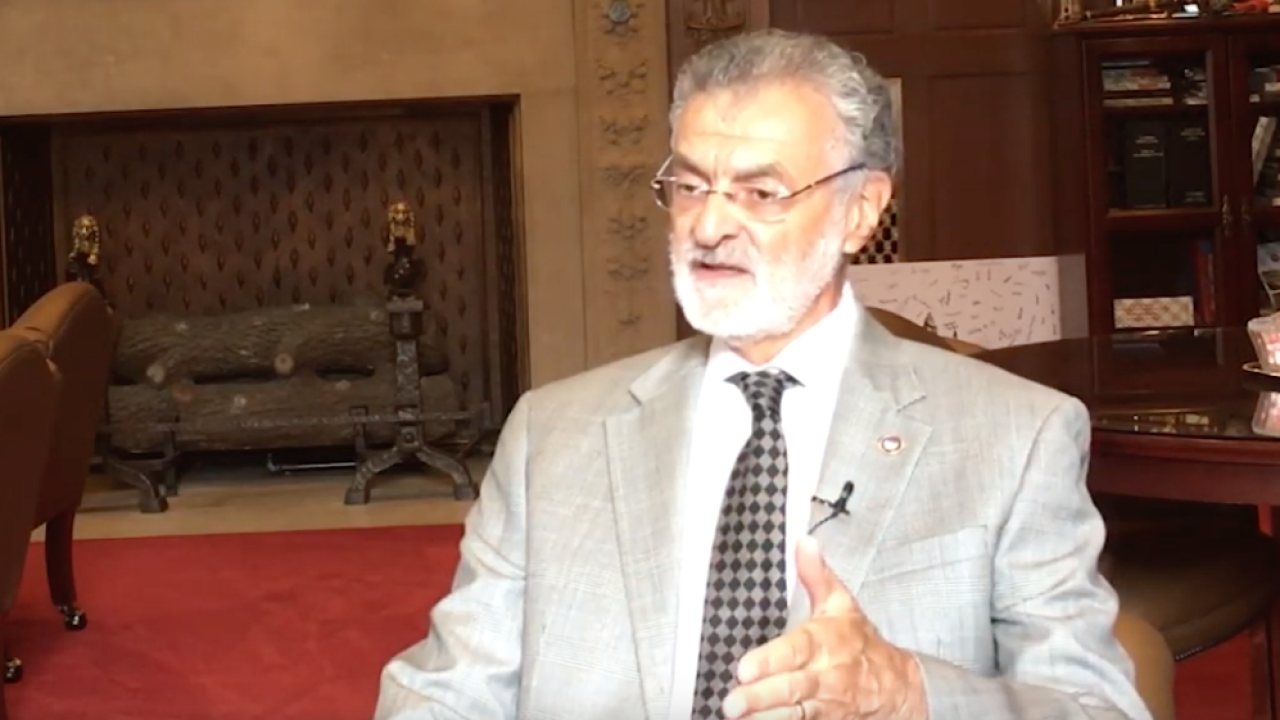 In a nearly eight-minute video released on the City of Cleveland's YouTube page Thursday, Jackson denied that he or his staff interfered with the investigation or determination of charges against his grandson Frank Q. Jackson, and said, “you can choose to believe the media, or you can believe me.”

If you do choose to believe the media, here's a link to what we consider our very fair reporting on this case.

The video included an interview with an off-camera “media person” who posed seven questions to the mayor, although it is at times not clear whether the questions were about the investigation into a homicide that Frank Q. Jackson is possibly connected to, or his recent arrest on charges in connection with the alleged assault of a woman in June.

It is also not clear which “media person” conducted the interview. Their questions cannot be heard, and the interviewer is not seen on screen.

“Neither I or anyone associated with me interfered with any investigation or determining any charges in regards to any member of my family,” the mayor said.

News 5 has at no point reported that the mayor or his staff interfered with either investigation.

"I think that the mayor trying to avoid answering questions and then using tax dollars to do so should make everybody upset," said Szuminsky.

He called the video, "propaganda."

"I think the mayor, for whatever reasons, whether they are above-board or otherwise, the mayor does not want to answer questions involving this case or these cases," said Szuminsky. "The point is, the mayor works for all of us, and not to be willing to answer questions on behalf of the public is a dereliction of duty."

News 5 has repeatedly requested information, body camera video, police reports and other associated reports from Cleveland police about the homicide of 30-year-old Antonio Parra on Wednesday, August 28. News 5 has requested an interview with the mayor multiple times.

On Wednesday of this week, county prosecutor Michael C. O’Malley confirmed that Frank Q. Jackson is a suspect in Parra’s homicide.

The prosecutor stated that Cleveland police should turn the homicide investigation over to an independent agency, but the only person who can make that request is Cleveland Police Chief Calvin Williams, whom Mayor Jackson appointed.

Councilman Matt Zone, who chairs city council's Safety Committee, agreed the case should be handed off.

"The men and women of our department do noble work every single day," said Zone. "But the perception is sometimes reality. And the perception right now in the community is that there's too many dots connected."

A Cleveland police spokesperson told News 5 Wednesday that there are no plans to turn the investigation over.

Frank Q. Jackson, through his attorney, denied any involvement in the homicide on Friday, August 30.

"He has neither been charged with, arrested for or named as a suspect in connection to the underlying homicide that took place this past Wednesday. I've advised my client to make no statement to law enforcement," said Sydney Saffold, Frank Q. Jackson's attorney.

RELATED: My client has absolutely no involvement in this homicide,' says attorney for Cleveland mayor's grandson

Frank Q. Jackson has been charged for the alleged assault of an 18-year-old woman in June. The case was handled by the Cleveland Metropolitan Housing Authority police, who have denied withholding any evidence from the city of Cleveland.

The Cleveland Law Department defended its decision not to charge Frank Q. Jackson, explaining it didn't have enough evidence and reported the victim declined to move forward in pressing charges—even though a CMHA police report detailed the attack, presented pictures of the alleged victim's injuries and contained a statement from a witness at the scene.

Shortly after the police report and images from the assault case were made public and reported by the media, a Cuyahoga County grand jury decided to charge Frank Q. Jackson with felonious assault, abduction and two counts of failure to comply.

In the interview video released Thursday, Mayor Jackson argued that because he has not interfered in the past when his grandson was investigated and arrested on criminal charges, he did not interfere this time.

When asked if additional oversight on these cases was needed given Frank Q. Jackson’s relation to the mayor, Mayor Jackson asked whether the same oversight would be needed for relations to other people in power.

News 5 has chosen not to post the mayor's "interview" online.