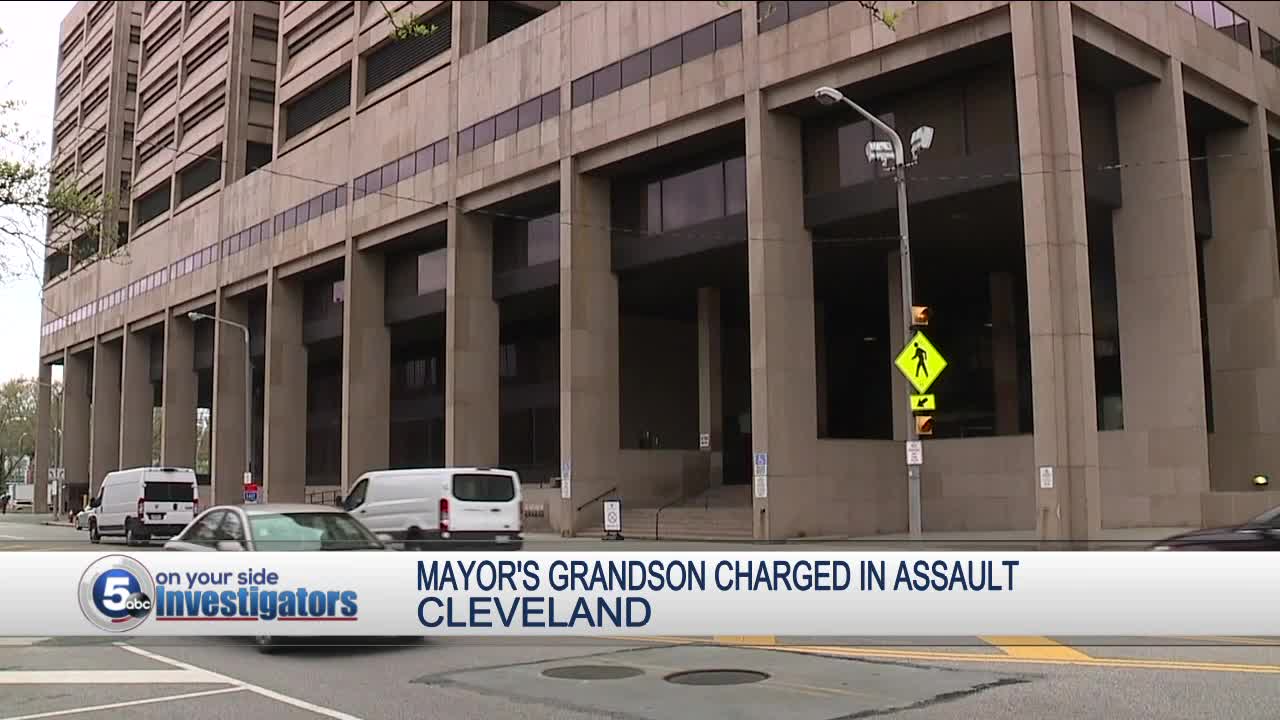 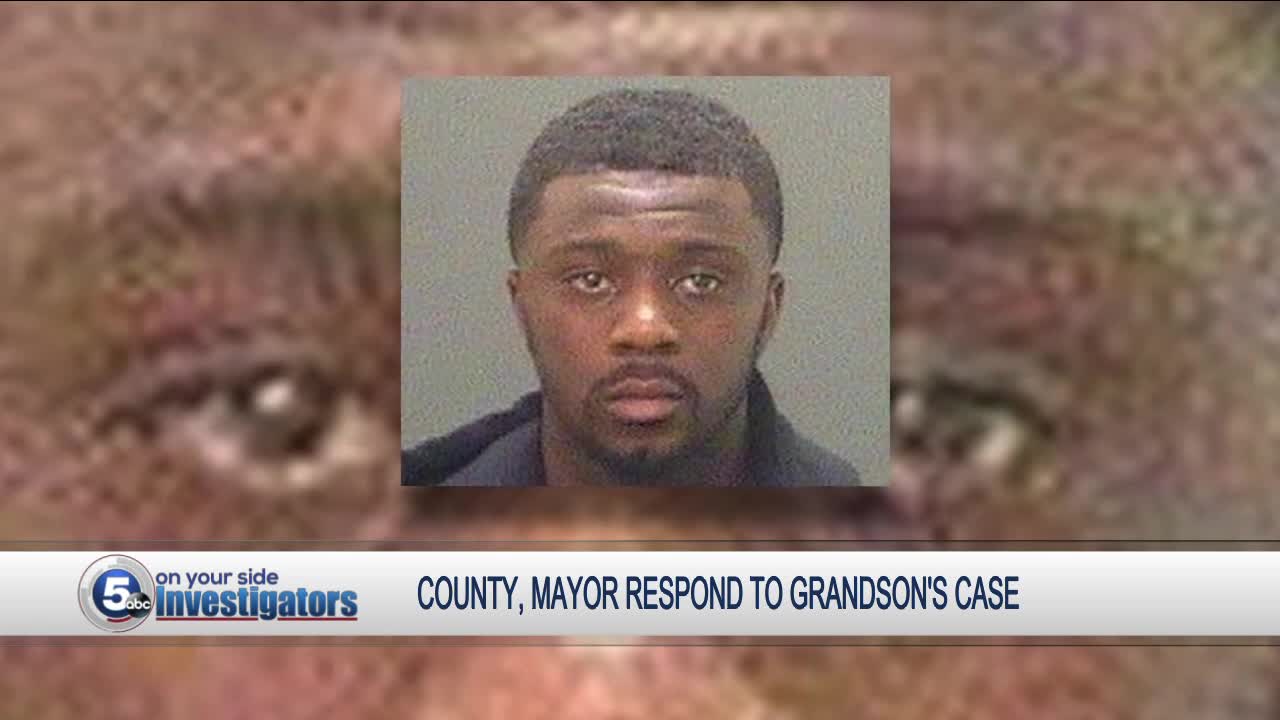 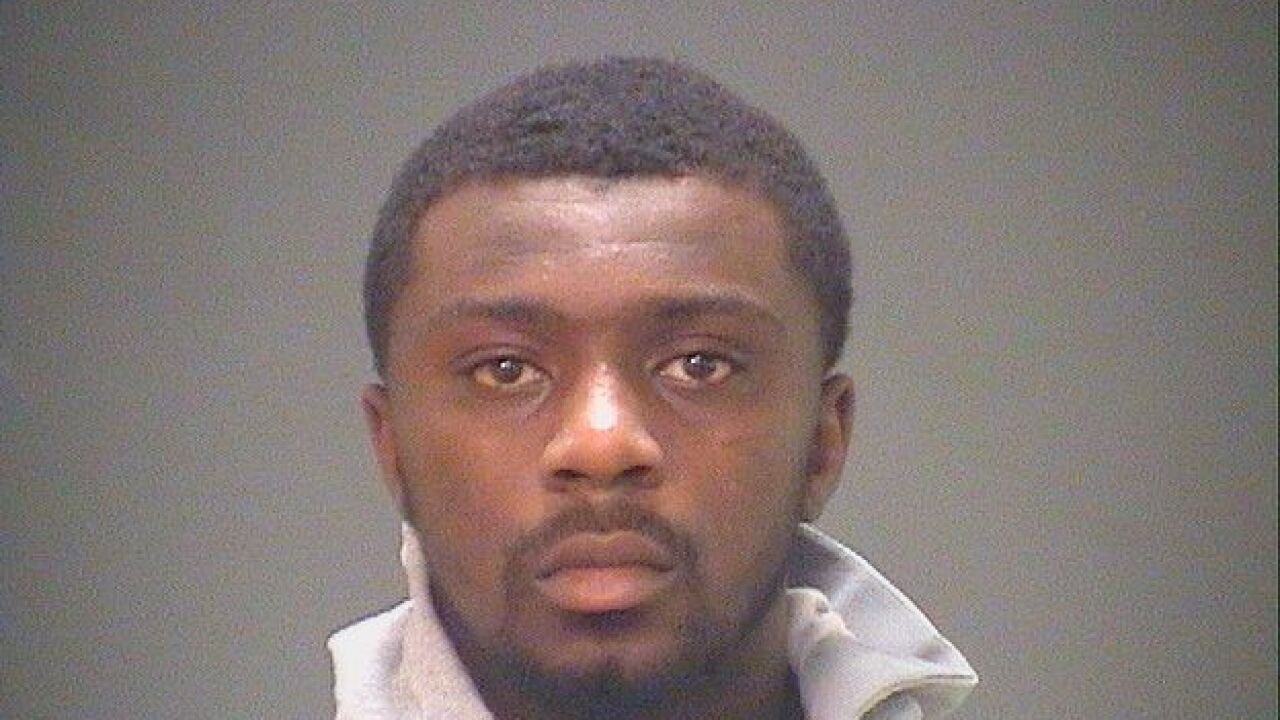 CLEVELAND — Frank Q. Jackson, the grandson of Cleveland Mayor Frank Jackson, has been indicted by a Cuyahoga County Grand Jury for allegedly beating and strangling a woman at a gas station and outside a residence in June. The city previously declined to pursue charges against him.

According to Cuyahoga County Court of Common Pleas records, Frank Q. Jackson has been charged with felonious assault, abduction and two counts of failure to comply.

“The Grand Jury reviewed the facts of this case and has come to this determination. The message is that it is not acceptable to violently abuse women in Cuyahoga County," said Ryan Miday, a spokesperson for the county prosecutor's office.

A few moments later, the woman returned from the store and observed the victim “struggling to breathe while being brutally assaulted by Jackson,” according to the report.

After the assault, the report states that the victim asked the male driver to take her and the other female passenger to the 2500 block of East 49th Street.

When the truck eventually stopped, Frank Q. Jackson allegedly dragged the victim out of the truck and through the grass by her hair, while choking and punching her, the report states.

Soon after, police arrived and spoke to the female passenger who witnessed the attack. The report states that she told officers she saw Frank Q. Jackson attack the victim at the gas station and again after the truck stopped on East 49th Street.

During the on-scene interview with police, the victim told officers “I’m so scared” and “I want to go inside."

While officers were talking with the victim, a member of Frank Q. Jackson's family drove by, the report states. Soon after, more members of Jackson’s family allegedly arrived and started to “tour the area.” The victim told police that she was afraid Jackson’s family would “retaliate” after officers left the area.

Another witness later corroborated a part of the victim’s statement regarding the attack. The woman told police that she saw Jackson drag the victim out of the truck, strangle her and then hit her with a metal pole.

EMS were called to the scene, but when they arrived the victim refused to be treated despite having sustained “multiple injuries,” according to the report.

Officers took multiple photos of the victim and her injuries. The report states that the victim’s neck was swollen and red and she had a small cut above her left eye. She also had a cut on her elbow and swelling and redness on her knee, according to the report.

More than a month later, on July 24, the victim met with CMHA police and signed a non-prosecution form stating that she didn't want to pursue charges.

While speaking to the media Wednesday, Cleveland Mayor Frank Jackson repeatedly said he does not discuss his personal or family life. He said he did not know that city prosecutors were not going to pursue charges against his grandson, and he did not interfere in any way.

News 5 has repeatedly reached out to city prosecutors about their handling of this case.

City decides not to file charges

According to a document provided to News 5 from the Cleveland City Prosecutors office, the city chose not to press charges because there was insufficient evidence and the victim was unwilling to cooperate.

"This case was not previously referred to the Cuyahoga County Prosecutor’s Office for review. We are now reviewing the facts of the case to determine if there are chargeable felony offenses. There are concerning facts in this case, including repeated strangulation of the victim and flight to evade the police, which are known to be factors suggesting the victim could be at risk of a future lethal or near-lethal assault. While each case rests on its own facts and quality of evidence, we have prosecuted similar incidents in other cases. As this case is still under review by us and/or the grand jury we cannot comment further at this time."

News 5 reached out to attorney Jeffery Saffold, who is representing Frank Q. Jackson in this case. He provided this statement:

“We have no objection to County investigating whatever decision the city makes however, there is not a case here and I am sure when the county completes its investigation will make the same determination the city.”

Black on Black Crime Inc. and Survivors/Victims of Tragedy both responded to the Cleveland City Prosecutor not filing charges and not referring the case to the Cuyahoga County prosecutor. Both victim's rights groups told News 5 they are disappointed the city prosecutor didn't move forward with charges against Jackson, even though the victim decided to sign a no charge order.

“The city prosecutor looks like they can not be fair and unbiased, it looks like they’re so concerned for their own jobs and livelihood, that they forget to protect the citizens,” Porter said.