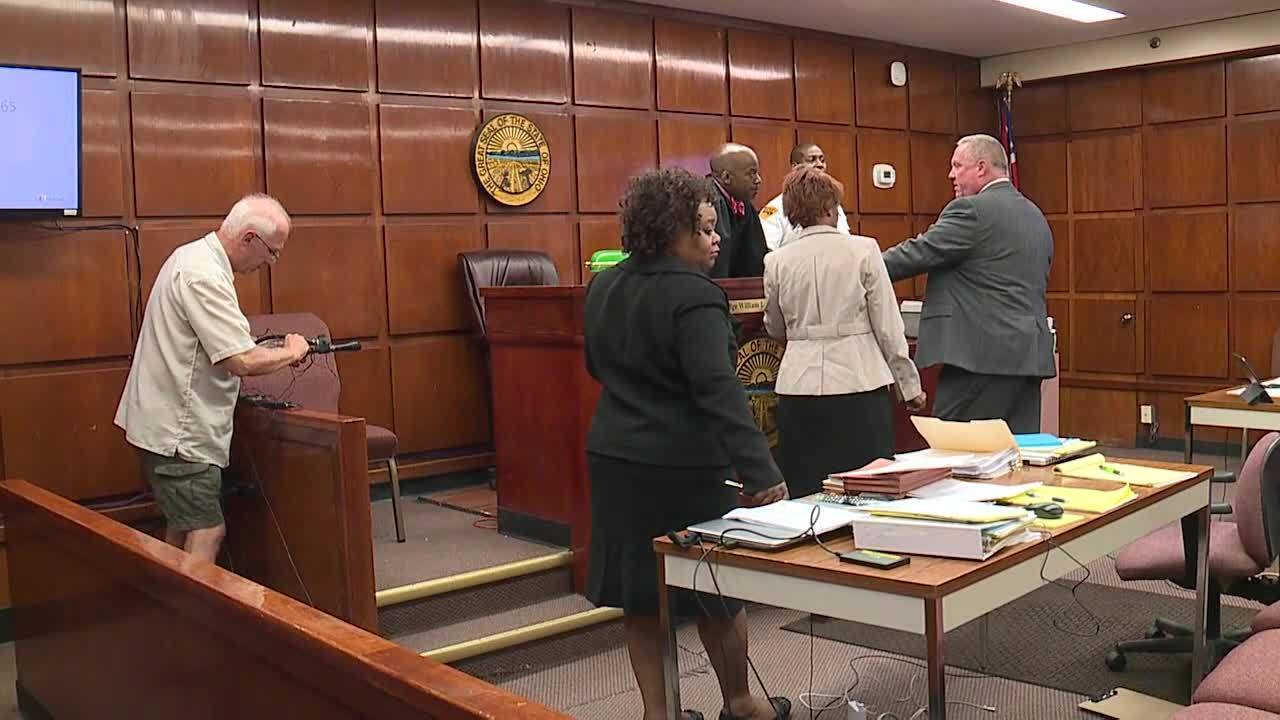 Counselors confer with the judge during one of several recesses during the second day of the trial of Cleveland police Sgt. Patricia Coleman.

CLEVELAND — Day 3 of the trial of a Cleveland police sergeant charged with dereliction of duty during a deadly 2012 chase that ended with 137 shots being fired by police at two unarmed people.

The trial resumes at 9:00 a.m. Watch the live trial below:

Sgt. Patricia Coleman is one of two police supervisors charged with failing to control the officers under her supervision on the night of Nov. 29, 2012. Coleman, the supervisor for the Second District Vice Unit during the night in question, is accused of essentially allowing her units to be a part of the pursuit when they should not have been authorized.