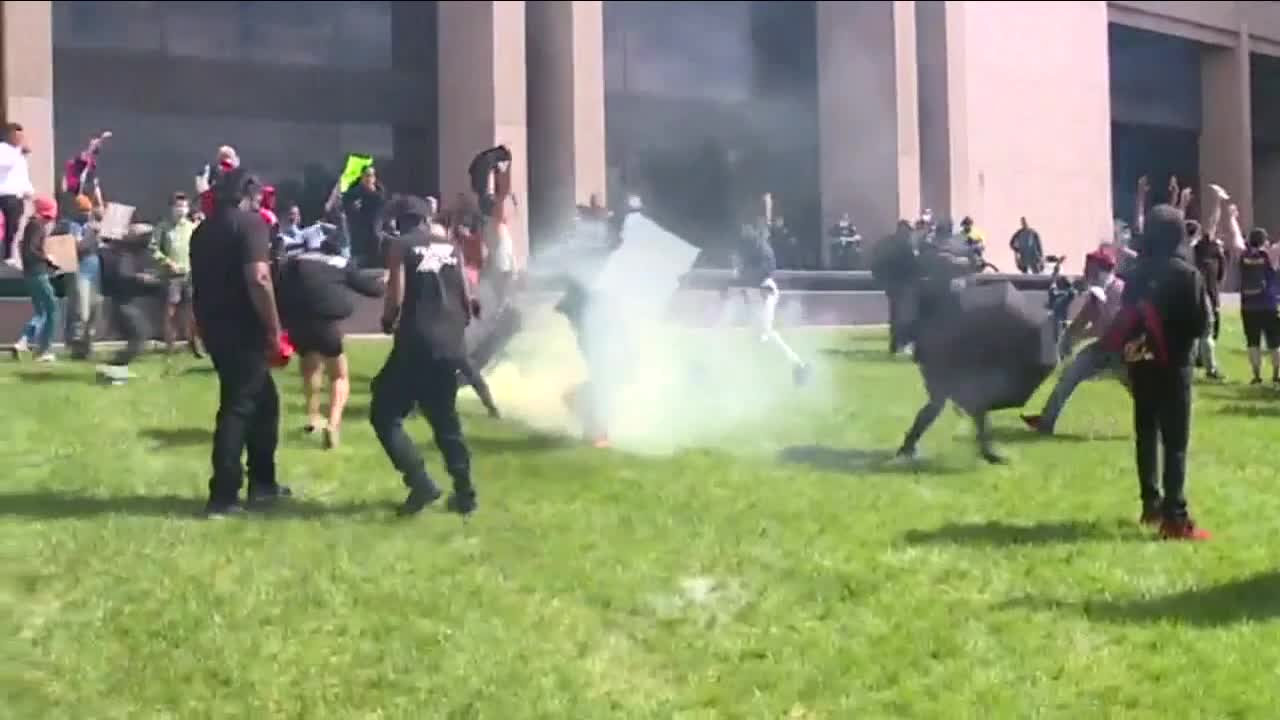 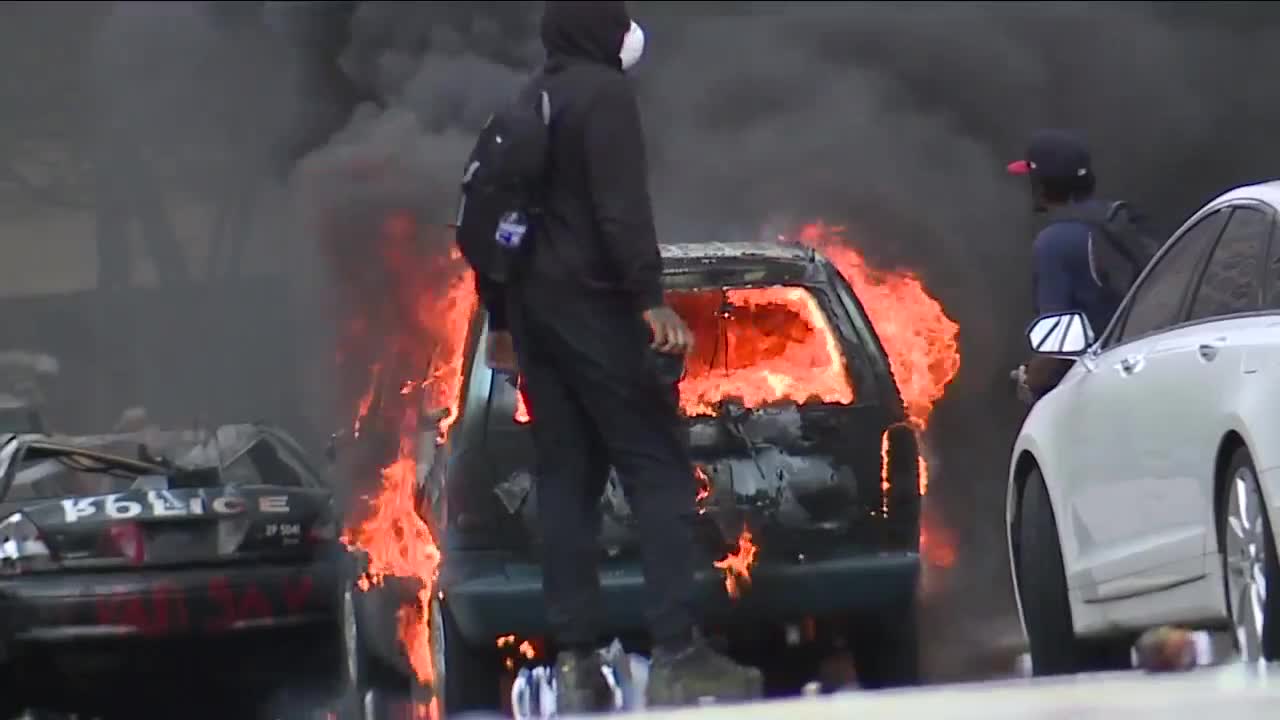 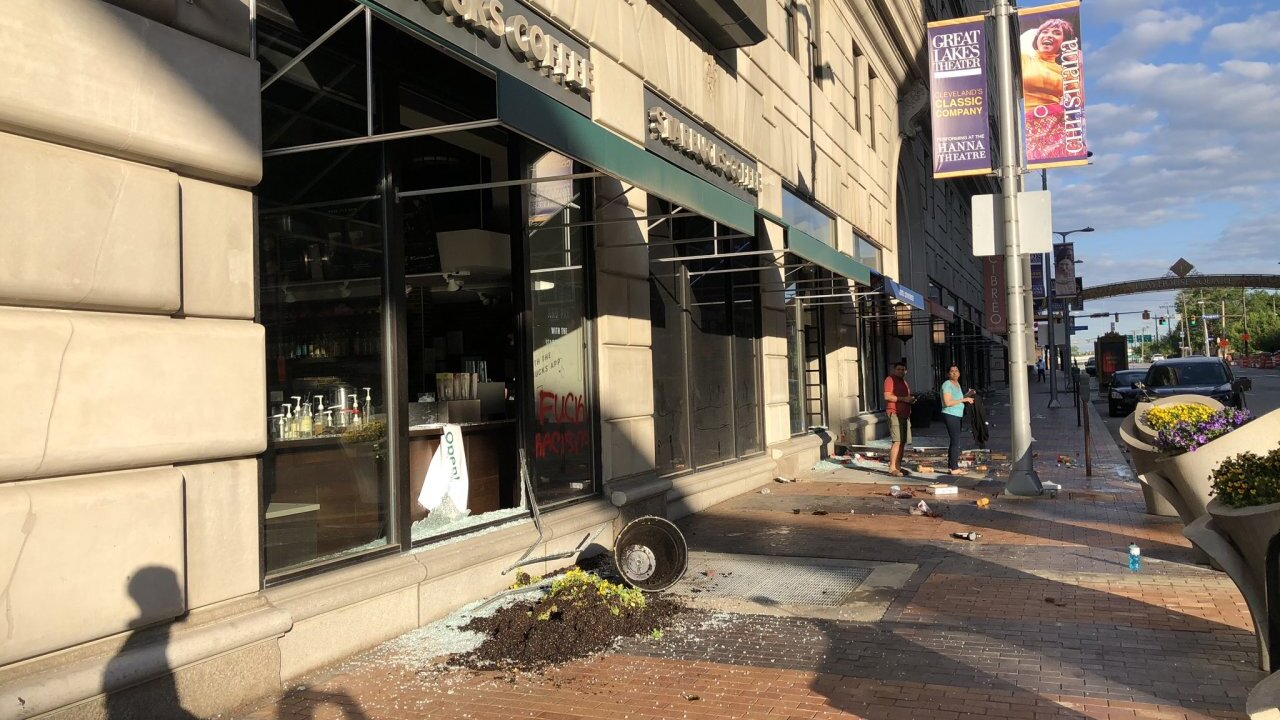 CLEVELAND — Cleveland city and police officials have released the after-action report from the May 30 protest downtown. The 50-page report details the city's response to a peaceful protest that turned violent and ultimately left local businesses facing millions of dollars in damages. City leaders, for reasons never properly explained, released the report after, not before, officials spoke publicly about it on Thursday.

For the first time since violence erupted during riots downtown, Cleveland city leaders outlined what went wrong in their response last May. Police admitted mistakes were made in the planning leading up to the violence.

Police chief Calvin Williams said the department relied on a combination of past protests and intelligence they received to figure out how to staff for what was a planned protest.

In the end, Williams said it wasn’t enough.

"Before the protest even started we would have had to have every single police officer detailed downtown from the beginning, and that’s the only way there would have been even close to a different outcome of what happened on May 30th," Williams said.

But Williams said sending 1,600 officers downtown wasn’t realistic. The rest of the city needed policing, too. Even then, he doubts downtown businesses would have escaped without having sustained damage, or that officers wouldn’t have needed to use force against demonstrators.

"For what went on that day, and what the officers were faced with, being attacked, I think our officers did a very good job," Williams said.

The protest
The event started around 1 p.m. on Saturday, May 30, as a protest for George Floyd, a black man who died at the hands of police officers in Minneapolis a few days prior.

Within an hour, more than a 1,000 people gathered Downtown by the Free Stamp in Willard Park and on Lakeside Avenue. While the protest started peacefully, the event turned violent and escalated into a full-blown riot. Police from several jurisdictions, including Cleveland and the Cuyahoga County Sheriff’s Office, responded in force—deploying pepper spray and smoke in an attempt to disperse crowds.

Introduction
The beginning of the after-action report detailed the death of George Floyd and the events his death triggered around the country. The report also detailed Cleveland’s history of public protests and past demonstrations, such as the events following Michael Brelo’s acquittal on manslaughter charges for the deaths of Timothy Russell and Melissa Williams during a police chase and officer-involved shooting.

The report details the protest and riot in an hour-by-hour breakdown of the events and the police response that followed. By midnight, the report states that Cleveland police and other agencies had “largely quelled the mass rioting and looting.”

All told, rioters caused more $6.3 million in damage to the city that weekend.

Rioters
The report states that rioters attacked police and damaged property with items ranging from frozen water bottles to fireworks, and leaf-blowers to blow pepper spray and smoke back on police. Others used frozen eggs, glass bottles and rocks and bricks.

The city says in the report that rioters used several tactics to prevent police from dispersing the crowds. Those tactics included:

"Unfortunately, as in many large municipal areas in the country, large groups of nefarious individuals would converge to cities to disrupt and destroy an otherwise peaceful gathering. There was a loss of three police zone cars and numerous government vehicles. According to the arrests records from that night, there were 70 arrests, including three juvenile arrests resulting from the civil unrest downtown. Fortunately, there was no loss of life to either law enforcement personnel or the public," city officials said in the report.

Overtime pay
Part of the after-action plan discussed the monetary cost to the city for its civilian and police response to the May 30 protest.

Complaints
To date, Williams says 19 complaints have been filed against officers for their actions that day. Four of those complaints were sent to the prosecutor's office to review for possible charges against the officer involved.

"One of the mistakes that we made as a division is the staging of assets, police personnel, not just around the Justice Center and Lakeside itself, but different places downtown in the event things became mobile, which they did. That was a mistake on our part. That’s a mistake we will never make again," Williams said.

Twelve other complaints were sent to the Office of Professional Standards. The complaints include use of excessive force, harassment and unprofessional conduct.

Training improvements and issues identified
The report identified several areas where training needs to be improved. One such item is that multiple patrol officers were unprepared for the event since they did not have gas masks. Other officers were unprepared to respond because they were unfamiliar with the Incident Command System that ultimately left command positions unfilled.

According to the report, supplemental police officers only started their shifts about an hour and a half prior to the event. Further exacerbating the issue, patrol supervisors did not receive an action plan before the protest started.

The report states that despite the number of responding officers, the amount was not enough. Additionally, officers who responded—such as bike patrols— were not wearing protective gear. Other gear shortages, such as those of batons and riot shields, were also identified.

The report also identified communication issues such as radio channels being overwhelmed by the number of officers using them.

Recommendations
To alleviate future concerns, the officials in the report recommend that each police district get its own dedicated Mobile Field Force Team to respond to such incidents. It also called for an 80-person bike unit to be established for an on-call bicycle unit. Additionally, the report calls for police to have additional training bi-annually.

Conclusion
The city said that by releasing its after-action report, it hopes residents see the city's "willingness to learn from its response to civil unrest with a desire to provide the best response possible."

Cleveland Councilman Michael Polensek said he found the report findings very concerning, and was upset the report was released without first working with the Cleveland Safety Committee in the search for solutions.

"Officers and the situation that they found themselves in, not having the proper equipment, not having enough officers,” Polensek said.

"Serious mistakes were made by seasoned police officers, who totally miscalculated and misjudged the situation.”

“It was so absolutely shocking that a major police department was so unprepared and so caught off-guard.”

“It was a horrible situation, it was terrible, but it could have been worse, let’s learn from it.”

Leading Civil Rights Attorney Terry Gilbert told News 5 he was extremely disappointed the report didn't address police misconduct during the protest, and believes an independent evaluation and community input is needed in the search for a better police response.

Gibert said the civil rights of some protesters was violated, and additional police training is needed on how to best deal with the public when civil unrest takes place.

“The Chief apparently isn’t even taking any responsibility, he says even if we did all those things that the reports suggest we still would have had all these problems," Gilbert said.

"People were getting arrested if they didn’t move quick enough, and that set-off some of the anger from the people in the crowd, but that’s never addressed in this report.”

"If they really want do a thorough job they should bring in an outside independent expert group."

CLICK HERE to read the full report from the city.