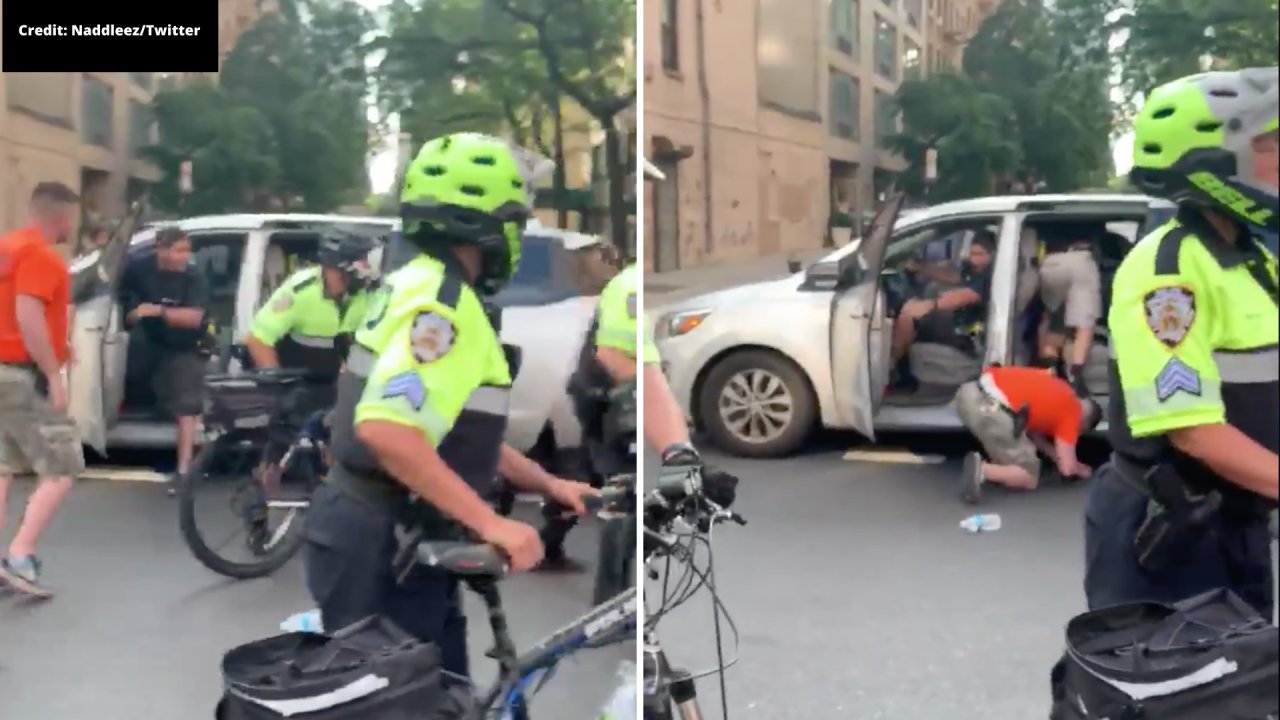 Video appears to show someone pulled into a minivan at a Manhattan protest on July 28, 2020 (Credit: Twitter/Naddleez)

Video appears to show a person pulled into an unmarked minivan as NYPD officers keep protesters away from the vehicle in Manhattan on Tuesday night.

Only one person was shown being taken into the minivan. A man in an orange shirt with "Warrant Squad" written across the back got into the front passenger seat before the minivan drove off.

That woman was taken into custody because she allegedly damaged police cameras during five separate incidents in and around City Hall Park, NYPD officials said. Police said the arresting officers were assaulted with rocks & bottles.

The NYPD has been using unmarked vehicles for decades, a spokesman said.

Public Advocate Jumaane Williams said he was looking into it.

"Concerned about what we are seeing in this video," he tweeted.

"This cannot be tolerated," he tweeted. "This is a terrifying display of unaccountable power. Who is next?"

An NYPD official initially said they couldn't share any additional information for security reasons for the officers.

nypd is out here KIDNAPPING protesters off of the street pic.twitter.com/LCCBj0Ipp8

This article was written by Aliza Chasan for WPIX.