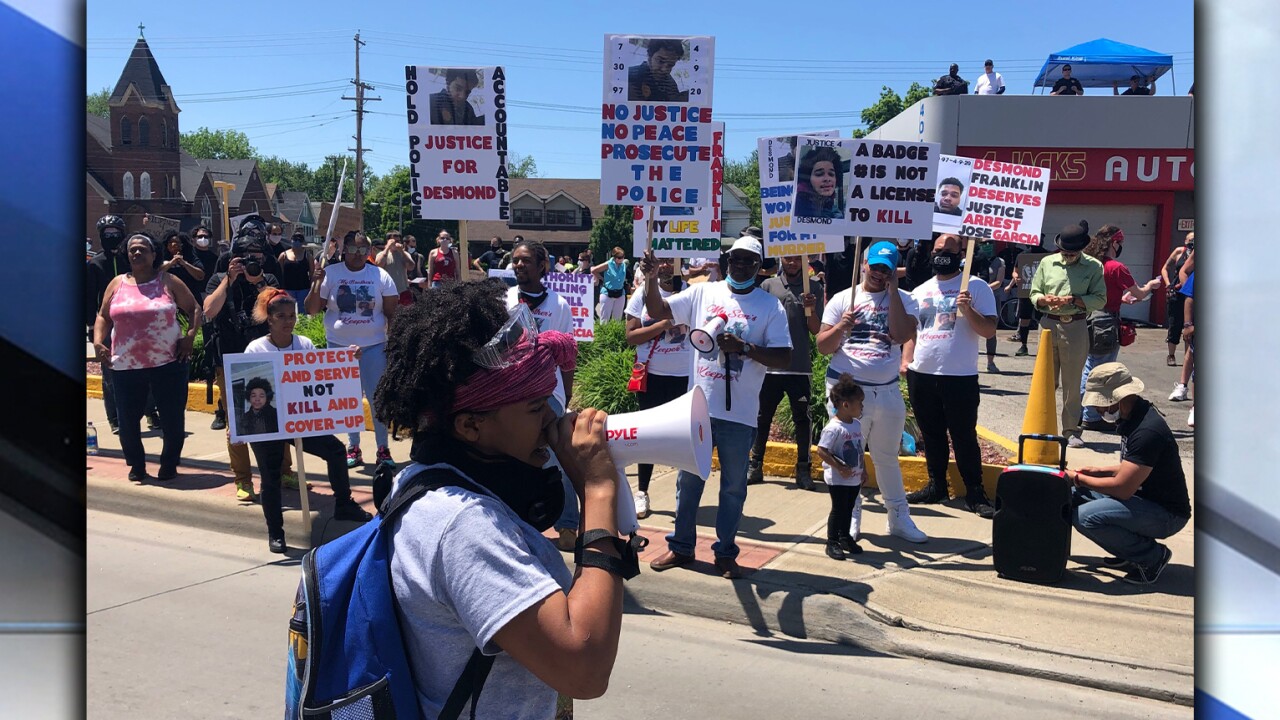 There are multiple demonstrations that are expected to take place on Saturday as people all over Northeast Ohio rally against racial injustice and police brutality.

The protests are scheduled to happen in Akron, Cleveland, Avon and other cities.

You can read more about George Floyd coverage, here.

Here’s a list of the protests that are scheduled for Saturday (protests are listed in order of what time they occur):

There are multiple roads that have been closed in Downtown Akron due to the planned events.

12 p.m. unity march. Participants will gather in the parking lot across the street from Ottaway County Courthouse, 315 Madison Street.

1 to 4 p.m. at Anthony Zielinski Park. Protesters will march to Parma City Hall and then to the Parma Justice Center.

At 2 p.m., Members of the community gathered at the Cleveland Police Department’s Second District Precinct to protest and demand answers after Desmond Franklin, 22, a father of four children, was shot and killed by an off-duty police officer in April.

PHOTOS: Protesters rally for father of 4 killed by off-duty officer in Cleveland

Tamir, a 12-year-old boy gunned down by Cleveland police while he was playing with a toy gun outside the Cudell Recreation Center, was remembered Saturday at the very place he was killed six years ago. More here.

Protesters will gather in Lorain at 6:30 p.m. at the corner of West 21st Street and Broadway Avenue for an "Enough is Enough" rally and then march to Lorain City Hall.

8 p.m. at Gridley Triangle Park at the corner of Gridley Road and Lomond Boulevard.