Feds: hospital payments not based on financial need 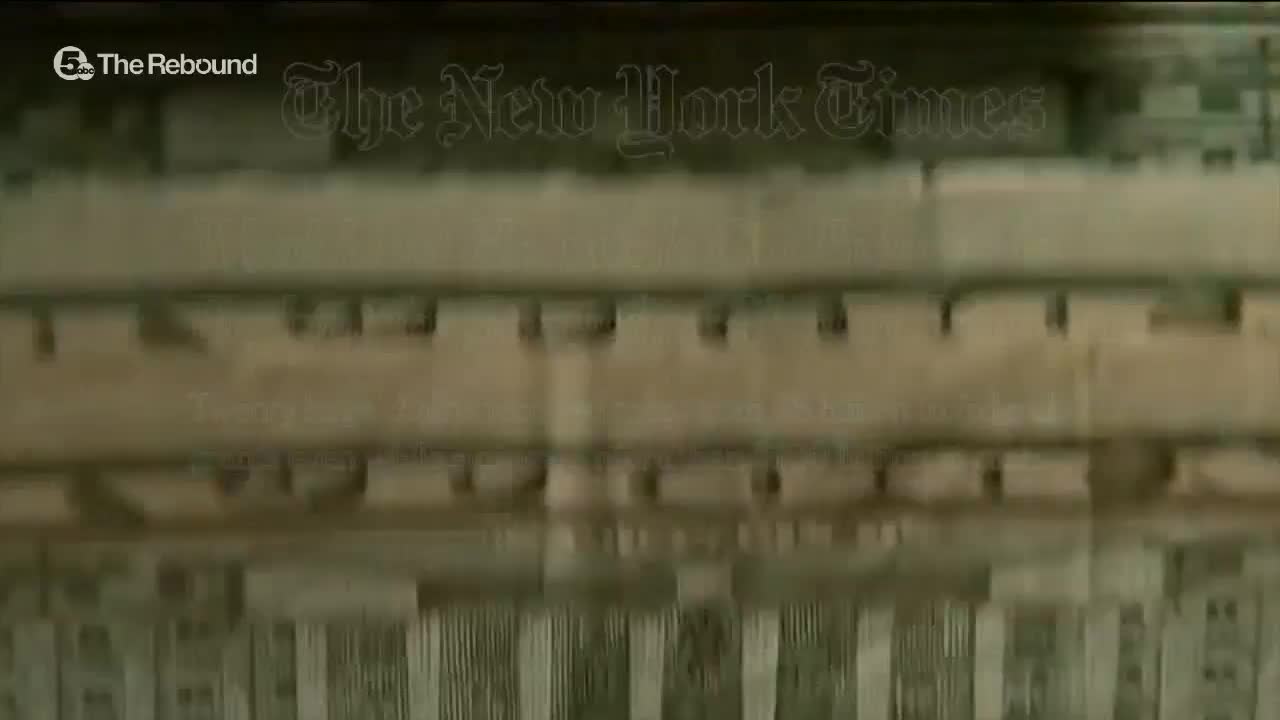 5 On Your Side Investigators found the Cleveland Clinic has received nearly $200 million of taxpayer money to help with coronavirus relief. Some are questioning why it was given any federal money when the non-profit already has billions. 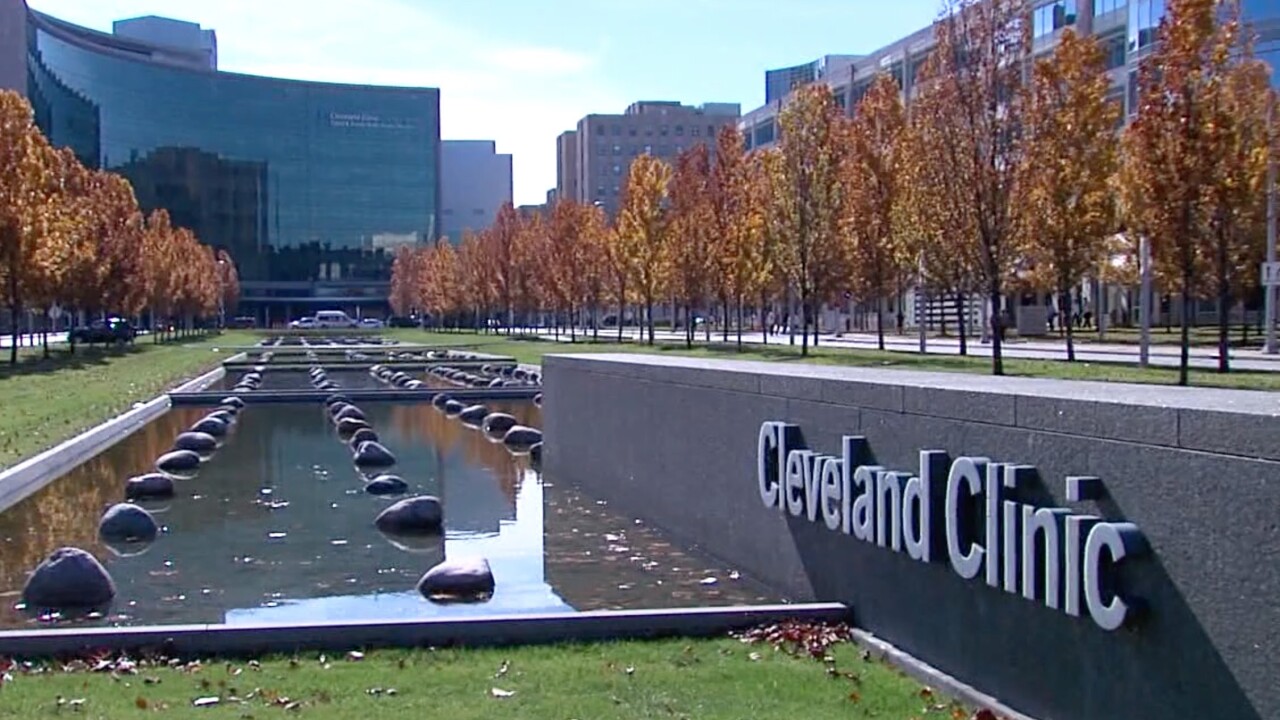 CLEVELAND — 5 On Your Side Investigators found the Cleveland Clinic has received nearly $200 million of taxpayer money to help with Coronavirus relief. Some are questioning why it was given any federal money when the non-profit already has billions.

“I don’t know what fee is going to hit me next,” said Karen Valore from Avon during our Diagnosis Debt Series last August. She was upset about the Cleveland Clinic charging her facility fees. “This is just all crap,” said Valore.

Today, she’s even more fired up. “Having this kind of cash flow, I just think that’s so wrong,” she told us. Here’s why she’s upset.

We asked Wei Li, who is the Interim-Chair of the Accounting Department at Kent State University, to go through the Clinic’s financial reports. “Based on cash flow statements, Cleveland Clinic did spend about $6.8 billion on investment last year,” said Professor Li.

That’s right. In 2019, the non-profit Cleveland Clinic invested nearly $7 billion during the same year Valore was fighting the facility fees. Fees that they told us were necessary to “help cover services provided to patients.” However, Li told us the Clinic then made $1.2 billion in investments from that $7 billion in cashflow.

“What did you find as far as (Cleveland Clinic) paying the investment firm?” we asked.

All of it while tacking on charges to patients just like Valore.

“I just think that’s crazy,” she said during our recent interview.

The Clinic confirmed it received the $199 million.

It’s the non-profit Clinic that’s garnering the attention. The New York Times pointed out “Twenty large hospital chains received more than $5 billion in federal money even while sitting on more than $100 billion in cash.”

We asked the U.S. Health and Human Services Secretary Alex Azar about big hospitals taking so much money from Americans. “The provider relief funding that Congress appropriated was not based on the financial status of our institutions,” said Azar.

But, wait. Shouldn’t the financial status of billion-dollar health systems be taken into consideration? The U.S. government took into account how much individual people were making when handing out stimulus checks.

If hospital systems have billions to help absorb the impact of an emergency like coronavirus, shouldn’t taxpayer money be spent somewhere elsewhere, like where it’s desperately needed?

“I’m not working anymore…so, every little bit helps,” he said.

“I signed up for the different food banks…went to get food that way,” said Billy Dudgeon, a cook who lost his job.

“And it’s like everything’s going to come crashing down soon!” said Desiree Alicea, who has a baby and needs help during the crisis.

We asked the Clinic about taking the millions in taxpayer money. A statement they sent us read, in part: “..the CARES Act helps us continue delivering on our mission to care for patients and serve our community.” It did say through April of this year, the Clinic has seen $500 million in revenue shortfalls.

However, despite our repeated attempts to get answers, the Clinic ignored our questions about the nearly $7 billion in cash.

We asked if the Clinic plans on giving back the millions in federal money like other business have during these times. Again, no answer.

The 5 On Your Side Investigators created a searchable database to track CARES Act money.

Just as the Coronavirus was hitting, we interviewed the Clinic’s CEO Tom Mihaljevic after he gave the State-of-the-Clinic Address.

“Some…patients are wondering how can it be a non-profit when you have so much money coming into the Clinic?” we asked him.

“Well, the margins of non-profit organizations given our size are very, very slim…” Mihaljevic responded.

Patients like Valore don’t think $6.8 billion in cash is “slim,” nor does she think the Clinic should have received the nearly $200 million in taxpayer funds.

“I can’t imagine that they would not give back that money that they have on hand to the people,” said Valore. “I can’t even fathom that. It’s terrible.”

Here are the full statements from local health systems:

Cleveland Clinic The support we received from the CARES Act was based on a funding formula established by the Department of Health and Human Services. As the largest provider of care to patients covered by Medicaid in the state and the state’s largest employer, the CARES Act helps us continue delivering on our mission to care for patients and serve our community. We have worked to ensure we remain ready for patients with COVID-19 in establishing a fully functioning surge hospital, training our caregivers, procuring supplies, setting up dedicated testing sites, and preserving resources needed to support patient care. In addition, Cleveland Clinic has undertaken a leadership role in coordinating the COVID-19 response in Northern Ohio and South Florida between hospitals, local health departments and congregate living facilities, such as nursing homes. We also sent Cleveland Clinic caregivers to work at hospitals in Detroit and New York to help with surges of patients with COVID-19. The CARES ACT provider aid has helped to partially offset the significant losses in operating revenue due to COVID-19, while we continue to provide care to patients in our communities. We will continue to reassess and evaluate this evolving national public health crisis. Through April year-to-date, the Cleveland Clinic has experienced net patient service revenue shortfalls of over $500 million compared to plan and has incurred approximately $100 million in COVID-19 preparedness and readiness costs.

University Hospitals University Hospitals is grateful for the support received through the CAREs Act. Our health system, like so many across the state and nationally, incurred tremendous costs in preparing for a potential surge in COVID-19 patients, while also losing revenues from the lengthy suspension of non-essential surgeries and procedures. UH has received about $85 million in CAREs Act grant funding that helps mitigate a portion of the significant losses incurred. We continue to take responsible actions to reduce our operating and capital costs while continuing to serve the health care needs of our community.

MetroHealth
MetroHealth has received approximately $20 million from the relief funds…It’s going into our general operating fund. The idea is to replace some of the income hospitals lost when services were drastically curtailed in preparation for coronavirus care.