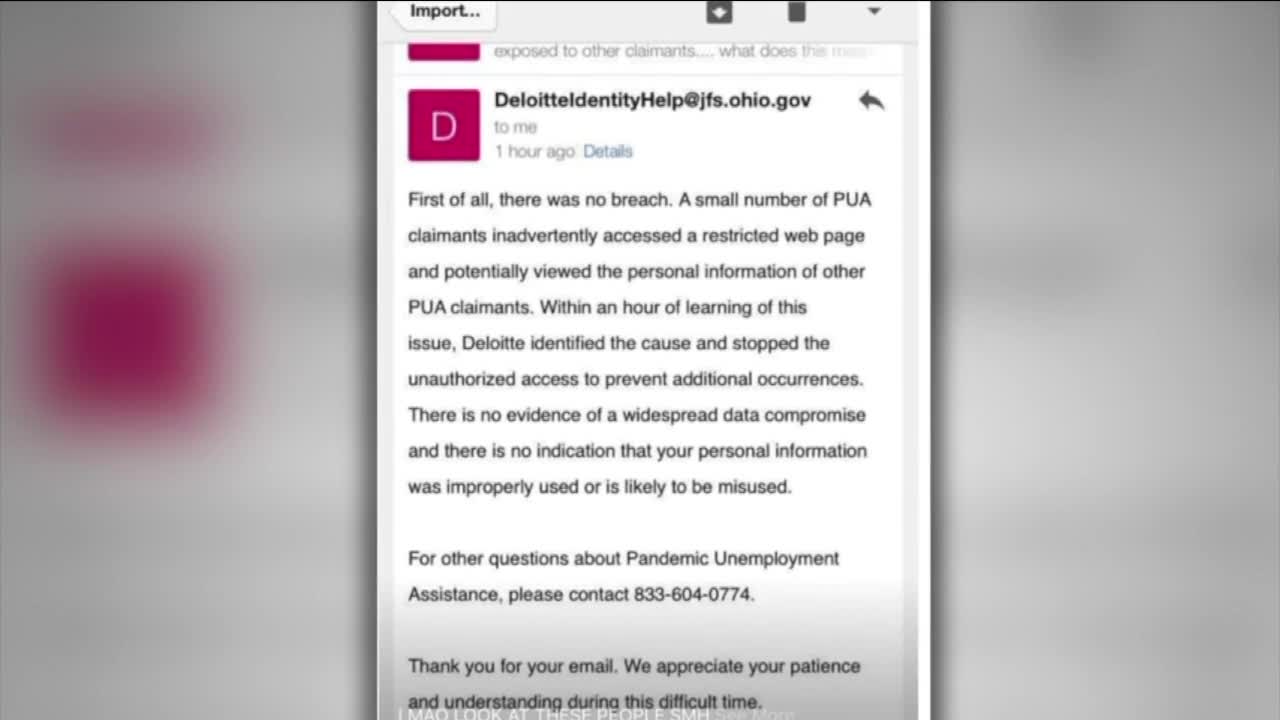 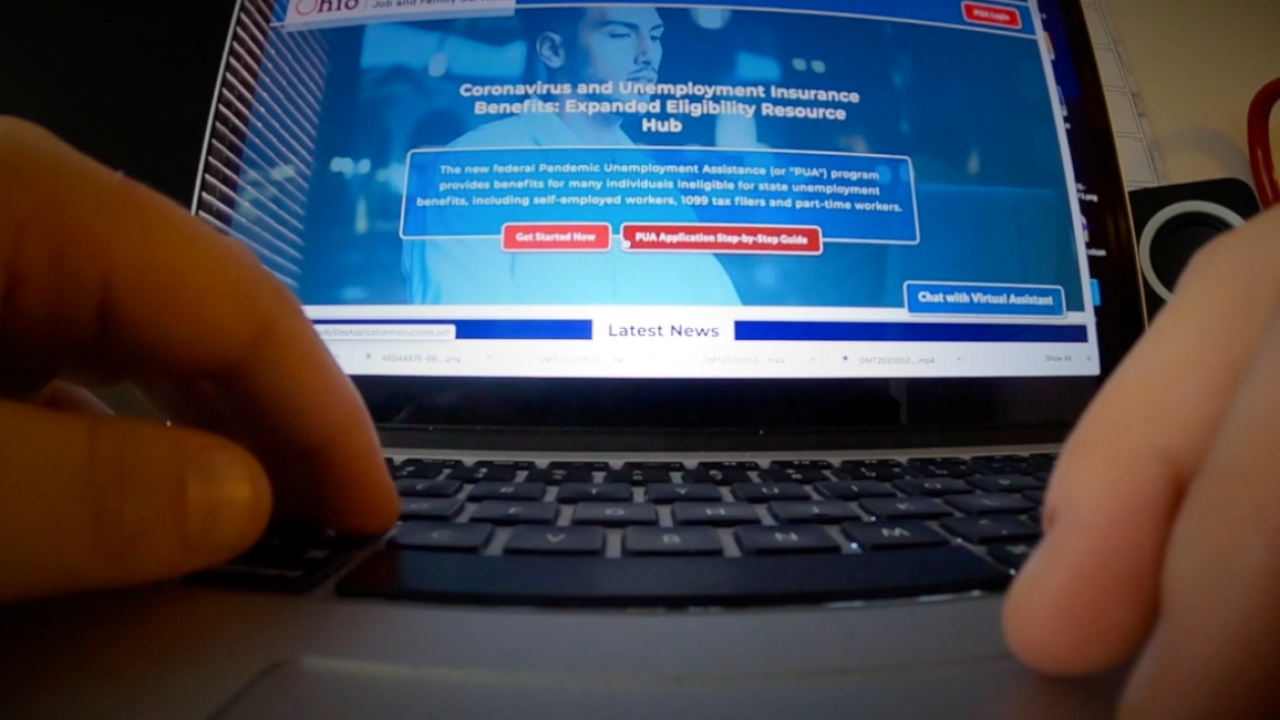 CLEVELAND — On Sunday, access to the Pandemic Unemployment Assistance (PUA) website was down. Users who were logging onto the site for several hours were receiving a '403 Forbidden' error message.

Then sometime around 3 a.m. the website was back up and running for applicants.

Some believe the site may have been down due to a second data breach.

"I actually talked to one woman who actually saw other people's data on the website," said Marc Dann, a local lawyer.

Dunn is representing clients in a class action lawsuit, filed on Thursday, against Deloitte Consulting, the firm hired by the state of Ohio to oversee the PUA system.

The lawsuit stems from a data breach which occurred on May 15.

A Facebook user posted online that she had access to the personal information of another person for two days.

The state has not commented on the issue.

However, a screenshot of an email from Deloitte said there was no evidence of a data compromise. It went on to say, "a small number of PUA claimants inadvertently accessed a restricted web page and potentially viewed the personal information of other PUA claimants."

The firm said the issue was identified and fixed within an hour.

However, Dann said, if there was in fact a second breach he may ask a judge to shut the site down until the problem is completely fixed.

"The problem is, this isn't something you can put back in a box. Once somebody's personal information is out there, it could be used for years and years. And especially when it's details like your address next to your bank account next to your social security number. Somebody with a criminal mind could do a lot of damage with that."

Dunn said if you think your personal information may have been exposed, monitor your bank accounts frequently and check for any activity that is suspicious. You should also check into a free credit monitoring service.