Ohio doctors, health officials warn Ohioans are at higher risk for the flu than novel coronavirus 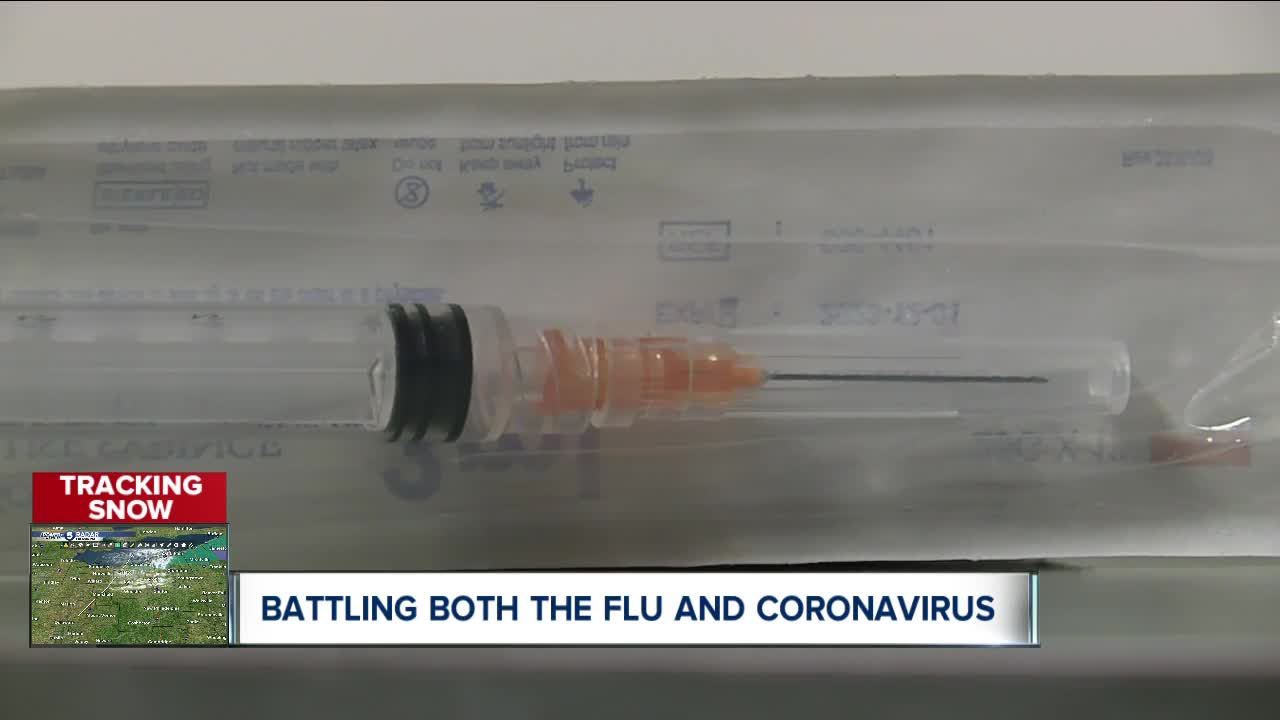 With global concerns mounting over novel coronavirus, Ohio doctors and officials are reminding Ohioans they are likely at much higher risk of getting the flu than of getting coronavirus.

CUYAHOGA COUNTY, Ohio — With global concerns mounting over novel coronavirus, Ohio doctors and officials are reminding Ohioans they are likely at much higher risk of getting the flu than of getting coronavirus.

In Cuyahoga County, two women, a 33-year-old from East Cleveland and a 79-year-old from Lakewood, were added to the list of flu-related deaths in a report Friday.

That brings the total number of people who have died from flu-related causes this season in Cuyahoga County to 16, as of February 22. Among those 16 people was a cardiologist at the Cleveland Clinic, Dr. David Taylor. The Clinic said he died February 5 from a complication of influenza.

In a statement, the Clinic wrote, in part, “He was an outstanding leader and gifted teacher, highly respected by his colleagues and committed to his patients. He saved the lives of countless patients and will leave a lasting impact on them, as well as the many colleagues, trainees and friends he has touched over the years.”

It's not too late in the season to get a flu shot if you haven’t already, according to Terry Allan, health commissioner of the Cuyahoga County Board of Health.

“It’s nothing to fool with,” Allan said about the flu. “And it’s important to know that it isn’t just about you getting your vaccination. It’s about your family members, your coworkers, your friends. And then you become part of this public health solution, not potentially part of the problem if you’re sick.”

Allan said the flu is serious and often affects “the most fragile people in our community.”

“We see a lot of seniors, we see people with chronic illnesses that are more susceptible to respiratory viruses,” Allan said.

In addition to getting a flu shot, there are other, evidence-based steps you can take to reduce the risk of spreading cold and flu germs. Those include using your elbow to catch sneezes and coughs, washing your hand for 20 seconds and cleaning surfaces that people touch or share.

“Another thing you can do is you can stay home when you’re sick, because you become part of spreading respiratory viruses around to your coworkers, which can affect productivity in your business,” Allan said.

While the flu shot is not 100% effective, since what’s in the vaccine involves some prediction of what strains might surface, Allan said it’s approximately 45 to 55% effective.

“That’s not perfect, but it’s good, and getting successive vaccinations can also help to build your overall protection,” Allan said. “It also keeps you safe from other viruses that may circulate because we know during the winter, any number of viruses can circulate that we may be at risk for.”

Dr. Frank Esper, a pediatric infectious disease specialist at Cleveland Clinic Children’s, said flu season began four or five weeks early this year, and with no sign of it stopping anytime soon, people need to be aware of the risk.

Esper said if someone is experiencing a high fever, cough, runny nose and trouble breathing, “it’s much more likely to be influenza than it is to be this new coronavirus.”