'You have squashed this' — Ohio has flattened the curve, but we're not out of the woods yet 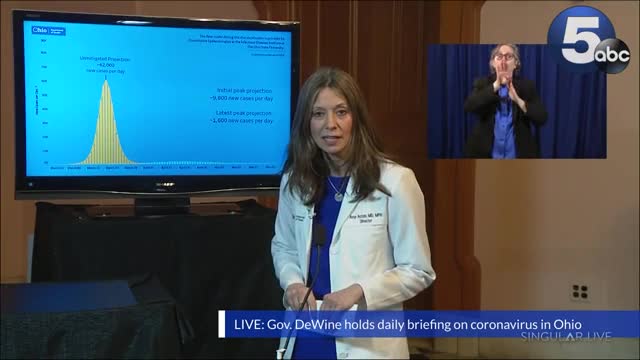 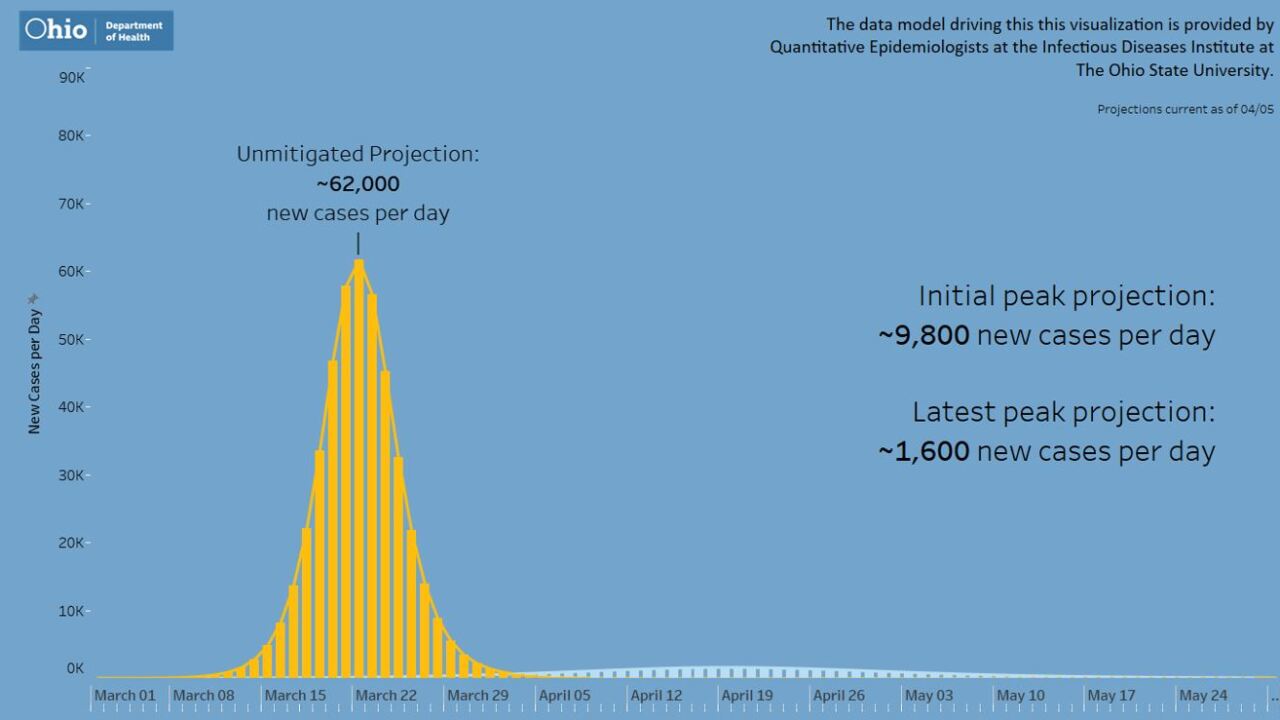 By all accounts, Ohio is successfully “flattening the curve,” and models show that the aggressive steps taken to socially distance have dropped the state's recent projected peak of about 10,000 new cases per day to 1,600, according to Dr. Amy Acton, head of the Ohio Department of Health.

The initial projected peak, even with mitigating social distancing measures, was about 9,800 new cases per day near the end of April. The latest projection shows a significantly flatter curve, with a longer peak from about mid-April to the end of the month.

Acton addressed the wide discrepancies in modeling, saying it took about two weeks to see the effects of the strict social distancing in Ohio.

In fact, modeling being done by MetroHealth and used by the Cuyahoga County Board of Health shows that rather than a peak, we will instead see clusters of the disease over a longer period of time.

"For us, I don't think this will be a big surge and be over. I think for our community, again, this is just based on modeling I'm seeing, there is probably something in between both models that apply to our community," said Dr. Heidi Gullett with the CCBH. "And it is possible there will be multiple surges at some point over time, particularly if people don't adhere to the stay-at-home order."

The punchline, Acton said, is this: “Every single modeler, everyone who talks about it, is saying that we must keep doing what we're doing. You're succeeding – you’re succeeding. But the second you ease back, we'll see ourselves in an outbreak that will really overwhelm our health care system.”

Acton explained that the modeling that her department is following is the “SIR” model, which stands for susceptible, infected, recovered.

Because COVID-19 is caused by a novel coronavirus, the entire state of Ohio, and the entire world, was in the “susceptible” category.

Although the state took very aggressive measures, there were infected travelers coming into the state before they were taken.

“We now know, and it’s been publicized, that many, many people came back from places that were endemic with the virus and brought it back all over this country and it was seeding in this country,” Acton said.

Some of the cases that landed in Ohio were known, but many weren’t, and they began to spread. Acton said an infected person, on average, was infecting 2.5 to 3 people. Those people go on to infect more, causing the logarithmic spread of the disease.

“This is really back to: how infectious is this disease? How quickly does it double?” Acton said. She said she’s seeing doubling times in the United States of three days to six days, and we want to get those times out to a doubling time of 12 days or more before we can begin to ease off on the measures we’ve been taking.

Now we are beginning to see people in the third category: recovered.

The state has not yet released much data on the number of people recovered from coronavirus, but it promises more recovery data is coming.

Ultimately, the models show that the next several weeks will be bad in terms of new cases and deaths.

Acton said, “We're going in the right direction, but we are not out of the woods.”