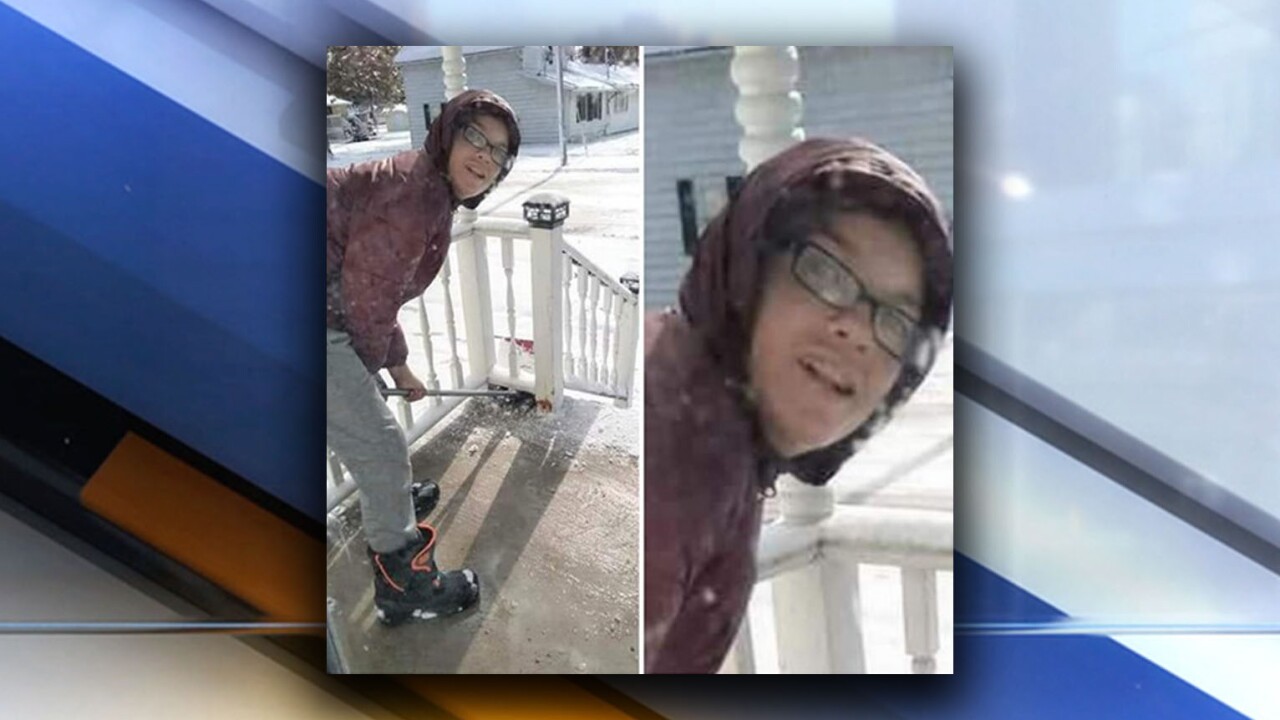 A new photograph of missing Port Clinton teen Harley Dilly showing him in the maroon puffer jacket he was last seen wearing.

PORT CLINTON, Ohio — Port Clinton police have released a new photograph of Harley Dilly that shows him wearing the coat he was reported to have been wearing when he went missing last month.

The photo was taken on Nov. 12, 2019, about a month and a week before the teen was reported missing on Dec. 20. It shows him wearing a maroon puffer jacket – the same jacket police say he was wearing when he was last seen.

On Monday, Port Clinton police teamed up with the Ohio State Highway Patrol to conduct a search by air with a helicopter. They also teamed up with a Texas-based search and rescue organization to utilize new technology to rapidly and accurately scan photos taken from the air for potential sightings of the missing teen.