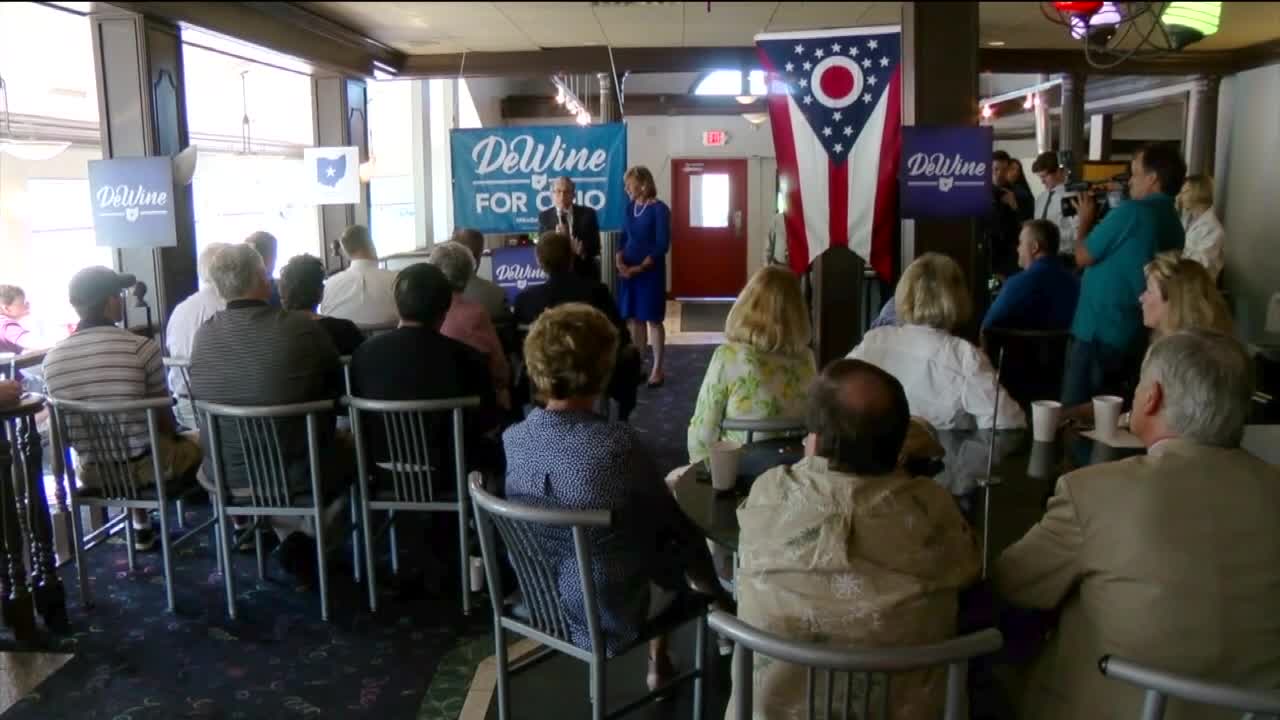 COLUMBUS — Since his decision in early March to remove spectators from the Arnold Classic in Columbus, a move that would be a precursor to the suspension of all sports nationwide a week later, Governor Mike DeWine has taken the lead among the nation's governors in the coronavirus fight.

He was a Republican governor going where even Democratic governors dared not to go in the early days of this crisis and his handling of it has brought him national attention. A new Washington Post Ipsos Poll ranks him number one among a cross section of governors in the handling of this crisis at 86%.

“Without bias it's not surprising,” said News 5 Political Analyst Dr. Tom Sutton. “We've seen consistently high polling ratings for Governor DeWine since the beginning of the crisis. The Community Research Institute poll that we conducted just the week before this polling data came out showed a very similar 84 percent approval of how the governor has handled the crisis in comparison with about a 51% approval of how President Trump has handled it.”

More amazing still is the fact that while 84% of Republicans in Ohio approve of DeWine's handling of the crisis, the number among Democrats is 90%.

"This really is quite remarkable but I think it demonstrates that split within the Republican party where Ohio House Speaker Householder and some of the other more conservative Republicans are turning against DeWine because they see opening the economy as something that should be happening faster than Governor DeWine is allowing it to,” Sutton said.

But Sutton says DeWine has never been a political leader with his finger in the wind or one likely to bow to political pressure.

"Governor DeWine consistently says I'm going with the science, I'm going with what the health experts say and we saw the protests that happened recently including those against Dr. Acton and Governor DeWine very strongly saying if you're going to protest, protest against me I'm the one making the decisions."

Recent polls have had President Trump and presumptive Democratic nominee Joe Biden in a statistical tie in the state. Sutton said it’s likely still too early to read anything into these numbers but to be clear, DeWine will have the president's back.

“Even for Republicans they see DeWine as someone who does not take political advantage of the situation, that he maintains his loyalty to President Trump and he is very pragmatic and understands that President Trump is someone not to be crossed, someone that you find a working relationship with and maintain that because again Federal aid and assistance is dependent in part on what the president decides or doesn't decide and DeWine is very aware of that and acts accordingly,” said Sutton.