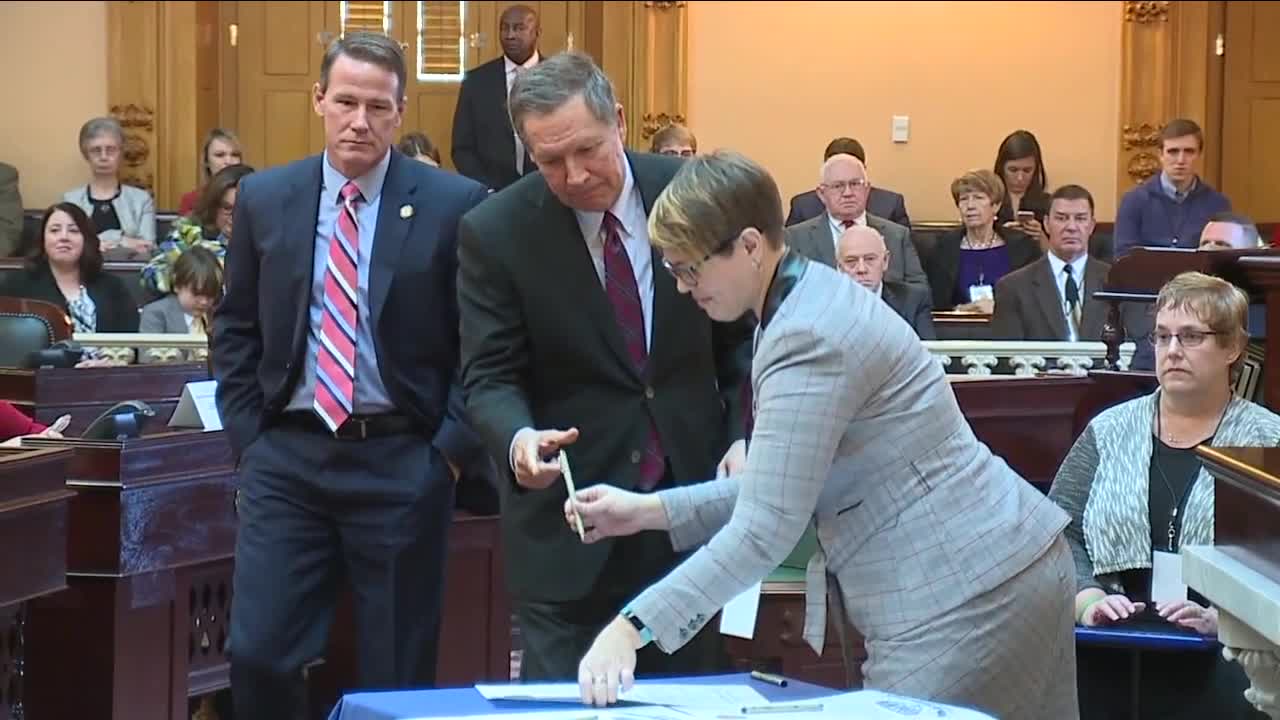 A look into the history of Ohio's Rainy Day Fund

COLUMBUS, Ohio — Most of us try, not always successfully, to stash away spare change here and there for an emergency. The state of Ohio is no different, only their sock drawer is called the Ohio Budget Stabilization Fund or as we know it, the Rainy Day fund.

Over the years Ohio has had its share of rain forcing a newly elected Governor Voinovich in 1991 to drain the fund to under a dollar in the face of a deficit and high unemployment. He would later be able to build it back up over the next eight years.

His successor Bob Taft also dipped into the fund three times in nine months at one point and Ted Strickland, governor during the great recession famously left the fund in 2010 with only 89 cents in it. A move that would haunt his future political life.

It was Governor John Kasich who took the fund from under a dollar to just under $2.7 billion when he left office, where it still stands today, consistently fighting legislative efforts to raid it along the way.

Kasich always argued that $2.7 billion, while a lot on paper, can be gone in a blip in a time of real crisis when you consider the size of the state’s roughly $70 billion biennial budget.

To put it in household terms that $2.7 billion to the state is the equivalent of a person earning $50,000 a year having $3,910 stashed away for an emergency. It's enough to cover expenses for about four weeks. It's something DeWine told News 5 shortly after winning election he would work to protect.

By that definition DeWine will tell you. "It's raining, but look this is the type of crisis that Gov. Kasich and the legislature intended when they started putting this money away."

DeWine sending a message to the legislature that when they finally decided to release the money they'll have to do what average Ohioans are doing and that is look at the budget to see where cuts can be made because revenues will be drying up in the short term. You'll see no sales tax on items sold if the shops are closed.