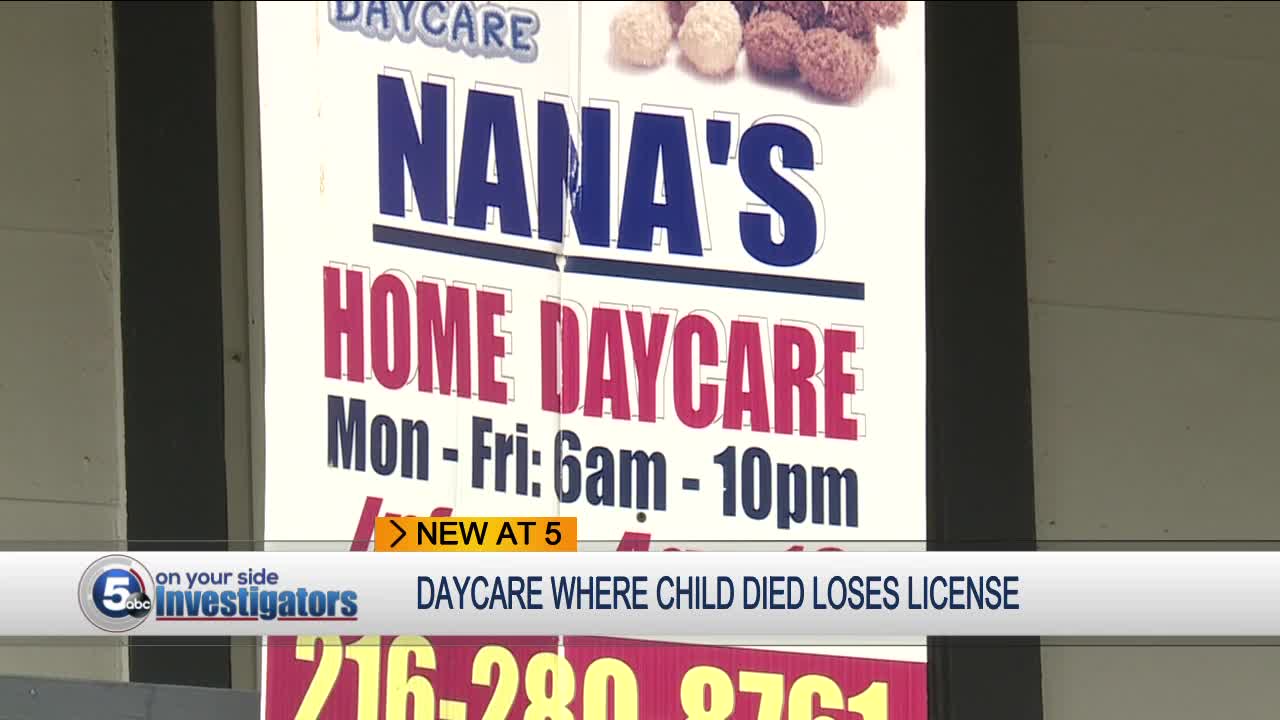 5 On Your Side Investigators have confirmed a Cleveland daycare's state license has been revoked after a 2-month-old girl died in its care.

CLEVELAND — 5 On Your Side Investigators have confirmed a Cleveland daycare's state license has been revoked after a 2-month-old girl died in its care.

An adjudication letter was mailed yesterday to Danielle Townsend, the owner of Nana's Home Daycare, after she failed to request a hearing regarding violations discovered during a state inspection, according to a spokesperson for Ohio Department of Jobs and Family Services.

State investigators determined 2-month-old Di'Yanni Griffin died at the daycare June 18, among other violations, including failing to have medical forms on file for children, exceeding its capacity for the number of children allowed to be cared for at one time in a Type B home daycare, and failure to have current CPR certification for staff.

The infant's mother, Taylor Bush, told News 5 in an interview she dropped off Di'Yanni and her three sons Giddings Road business. Bush said when she picked up Di'Yanni, she was not breathing and felt cold.

Bush called 911. Her baby girl was rushed to Rainbow Babies & Children's Hospital where she was pronounced dead.

A preliminary autopsy indicated the baby girl likely died from natural causes. A full autopsy report is still pending, accoring to a spokesperon for the Cuyahoga County Medical Examiner.