Along the quiet streets in northeastern Ohio, a big problem for Scott Strayer, Cristal's Vice President of Manufacturing and Mining, is pretty clear.

Along the quiet streets in northeastern Ohio, a big problem for Scott Strayer, Cristal's Vice President of Manufacturing and Mining, is pretty clear.

"In this area, we're kind of limited on where we can get our gas," said Strayer. 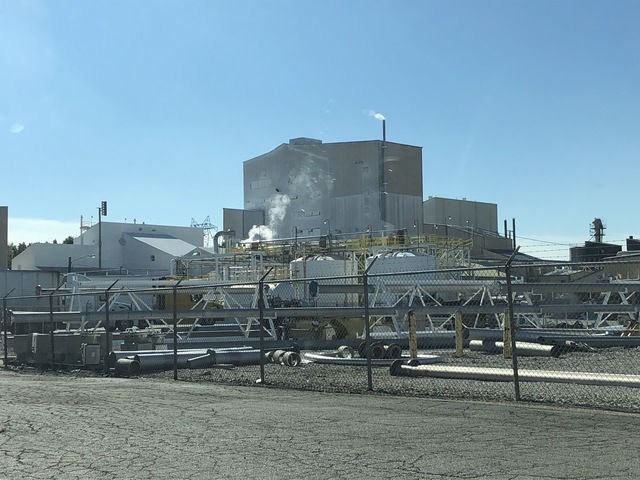 Cristal's Ashtabula Complex sits just across the street from another manufacturing facility that's being built. The Risberg Pipeline will make new manufacturing possible in a place that has nearly maxed out its natural gas supply from Dominion East Ohio.

Dominion East Ohio tells me the problem exists in the entire region.

"DEO is looking forward to having additional capacity to serve an area that has been supply-constrained for years. JobsOhio and the Public Utilities Commission of Ohio were instrumental in enabling us to move forward in subscribing to capacity on the Risberg pipeline that will provide more supply reliability to the Ashtabula area as well as drive economic growth there in the months and years to come," a Dominion East Ohio spokesperson said in an emailed statement. "The additional capacity available for the Ashtabula area could support an increase by over 50% in peak winter day supplies." 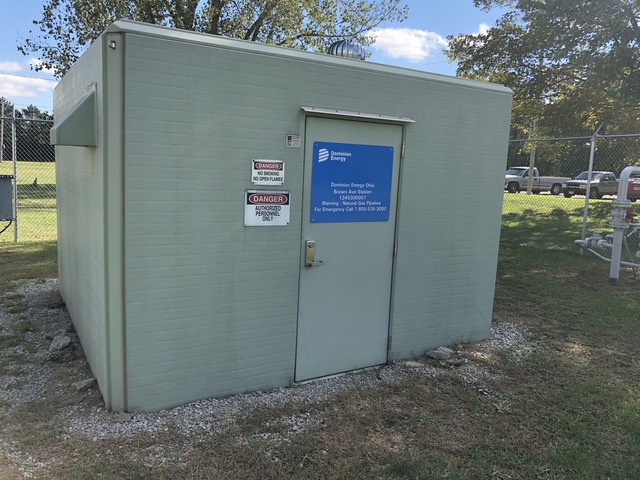 One of Dominion's facilities around Conneaut. That community is one of the farthest communities the current pipeline serves, resulting in inconsistent service depending on other demands on the pipeline.

Limited resources also carry a large risk for individual businesses. Cristal's only high-pressure gas line needs to be shut down for repairs, Strayer's whole factory could have to go offline.

Even when repairs aren't a concern, Cristal employs nearly 500 mostly local workers and expanding the business is intricately tied to how much gas they can get.

"One of the things we have to look at if we're going to expand our business is what utilities are available," said Strayer.

The City of Conneaut has already lost out when a longtime local aluminum company wanted to expand but couldn't.

"They ended up sending about 100 jobs to Indiana instead of locating them there in Ohio because we lacked adequate gas," said Jim Hockaday, Conneaut's City Manager. 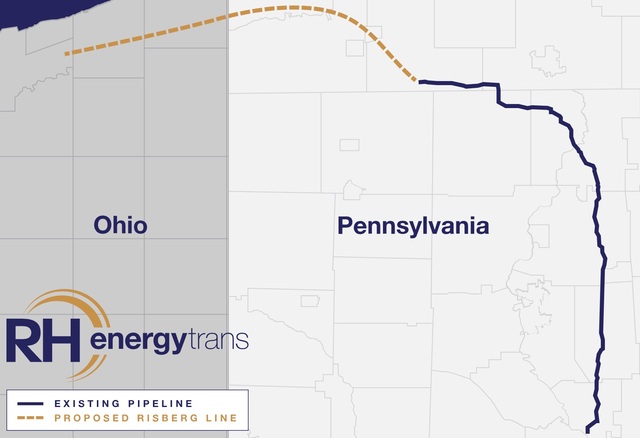 RH energytrans' map showing the existing pipeline's path through Pennsylvania and the additional path into Ohio.

"We've got a great home to come visit but we don't have the keys to unlock it and allow you in," said Ashtabula County's Growth Partnership Executive Director Greg Myers.

The key could be the Risberg Pipeline.

The $86 million project will extend an existing pipeline from Pennsylvania through Conneaut, making more natural gas available for businesses that are already there and for future development.

"If they don't have the basic infrastructure and basic resources to serve their needs, it's going to drive them to look elsewhere," said Myers, referring to manufacturing businesses looking to come to northeast Ohio.

Already, Myers says a manufacturing plant that is planned for Quebec is giving another look to the area around Conneaut just because the pipeline was approved. That's a big deal for a place that Myers says already has land to develop and a knowledgeable workforce, but lacks some basic utilities.

"With that history of being an economy based on manufacturing, people understand that," said Myers.

The pipeline construction company says the project has been mostly free from kind of criticism often seen around other pipeline projects because of the way it's being installed, but also because the surrounding community understands the need for natural gas supply.