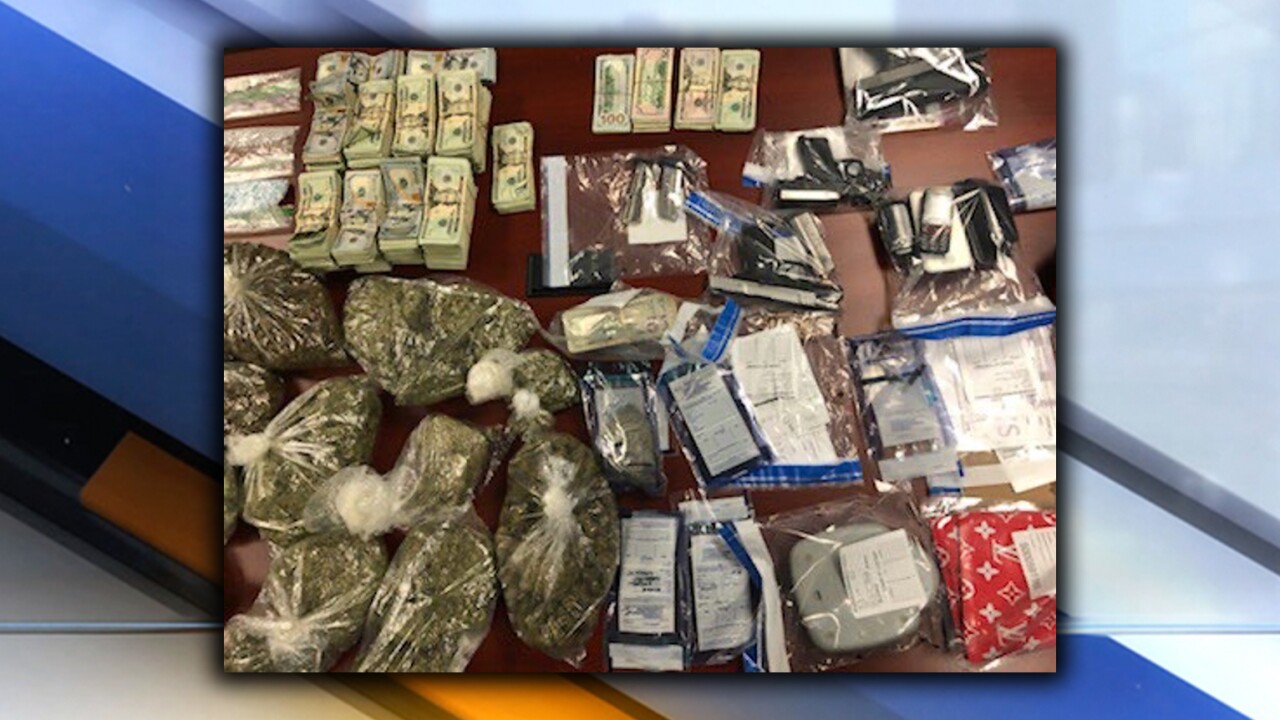 Authorities seized 16 pounds of marijuana, multiple handguns, $55,000 in cash and other items while executing a search warrant in the Akron area this week. Image via the U.S. Marshals Service.

AKRON, Ohio — Authorities looking for a suspect in connection with a shooting that happened in Cuyahoga Falls on Monday conducted a traffic stop Tuesday that ultimately resulted in arrests and the seizure of thousands of dollars in cash, pounds of marijuana, guns and hundreds of doses of suspected fentanyl.

According to the U.S. Marshals Service, the traffic stop happened in the 200 block of East Waterloo Road in Akron.

Police said that they searched the vehicle and found a handgun, a pound of marijuana and $15,000 in cash.

The 25-year-old driver was found to have a suspended license. James Garlock, 20, was arrested on a firearms charge. Another person, Damaire Davis, 26, was arrested on drug charges, authorities said.

The U.S. Marshals Northern Ohio Violent Fugitive Task Force and members of the Akron Police Department later executed a warrant in the 2100 block of Penguin Drive in Coventry Township, which according to authorities, was a residence connected to Davis, according to police.

Inside the home, police found $55,000 in cash, 16 pounds of marijuana and more than 1,100 suspected fentanyl pills. Additionally, police found two more handguns, “high-dollar” jewelry and a vehicle that are suspected of having been bought with drug money.

U.S. Marshal Pete Elliott stated, “Three firearms and hundreds of doses of lethal narcotics are now off the streets due to the hard work and dedication of the members of the task force. Our teams, along with our local and federal partners, will work day and night to be sure the residents of our communities are kept safe from dangerous men and women who pedal in narcotics and directly jeopardize the safety of our community.”