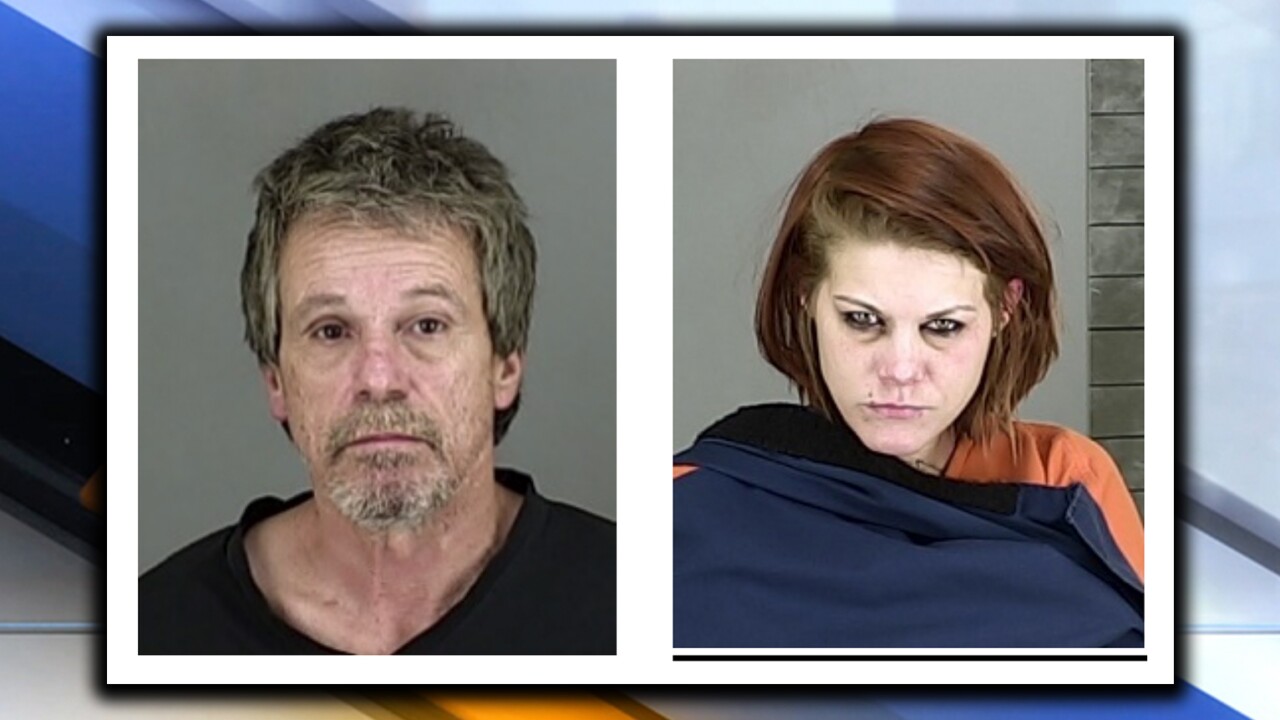 AKRON, Ohio — A father and daughter have been arrested for an Akron robbery that happened last month involving a man who was attacked at a gas station and had his dog nearly stolen.

According to the Akron Police Department, Lewis Ripley, 55, and his daughter, Christina Metz, 31, are both charged with aggravated robbery.

The charges stem from an Oct. 10 incident that happened around 10:30 p.m. in the 300 block of East Exchange Street.

The victim was pumping gas when a man approached him, unlocked the passenger side door and told him that the dog in the car was his. The man then picked up the dog but was stopped when the victim reached out and grabbed the man by his collar. A struggle ensued, and the victim and the other man fell to the ground and the dog ran off.

A woman then walked up to the victim as he lay on the ground and struck him in the head with an unknown object. The woman told her cohort that the dog wasn't theirs and they both ran off, according to authorities.

RELATED: Man assaulted at Akron gas station by duo who tried to kidnap his dog