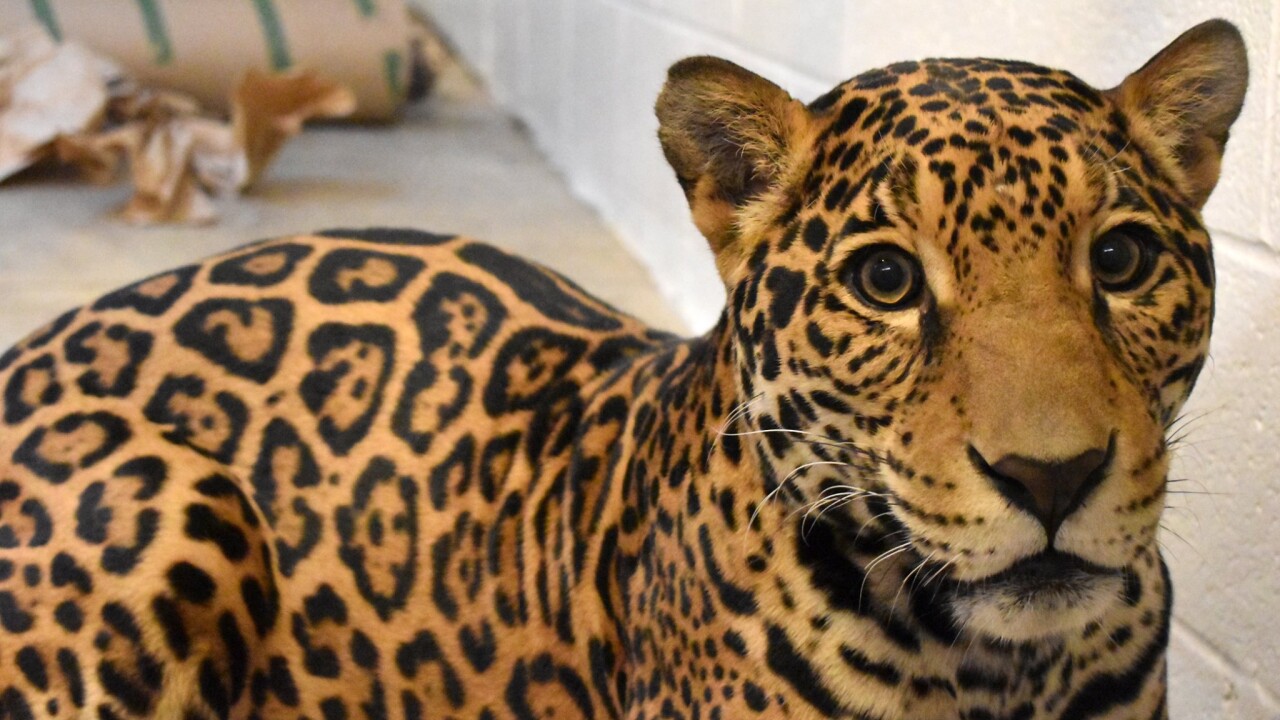 She will make her public debut once the weather begins to warm up.

In the meantime, she will take time to get acclimated to her new home and care team.

In November, the zoo lost its female jaguar named Naom, who was diagnosed with cancer in August. Biopsy results showed that a mass the animal had was cancerous. Because she was more than 18 years old, the zoo said surgery was not in her best interest so the team humanely euthanized her.

The median life expectancy for jaguars is 18 years old.

RELATED: The Akron Zoo has welcomed a new spotted friend from the San Antonio Zoo: a 3-year-old Jaguar named Milan.