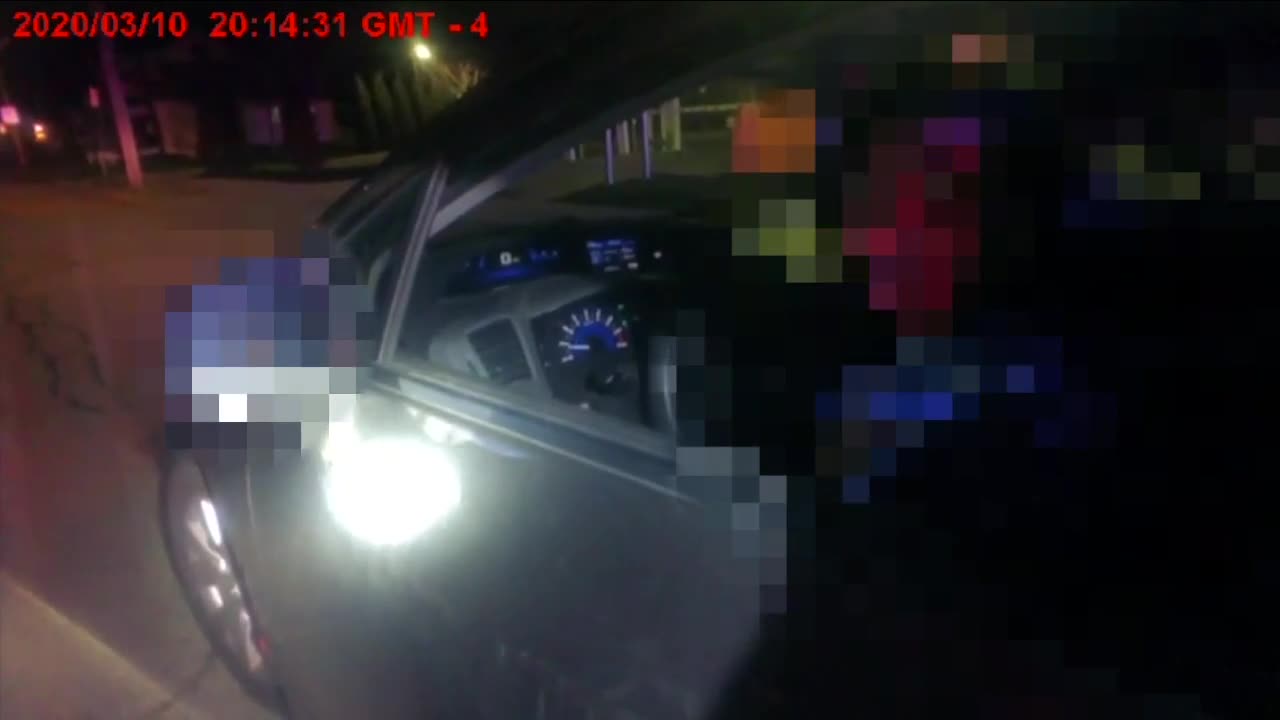 A Canton police officer resigned last month following an investigation into his behavior during a traffic stop in March where he threatened to have a woman’s children taken away from her because she argued with him.

CANTON, Ohio — A Canton police officer resigned last month following an investigation into his behavior during a traffic stop in March where he threatened to have a woman’s children taken away from her because she argued with him.

According to the Canton Repository, the officer, Cody A. Velain, 28, resigned on June 16. He had been with the department since 2014.

The entire incident was captured on Velain’s body camera.

Canton Police Chief Jack Angelo told the Canton Repository that the department doesn’t “condone anything that happened in that video by any means.”

The traffic stop happened on March 10 around 8:15 p.m. near Sixth Street and Exeter Avenue SW.

The video shows Velain walk up to the woman and tell her he pulled her over for failing to stop at a stop sign, not using a turn signal and for not having her rear license plate illuminated.

The video shows the woman and officer argue back and forth over the reason for the traffic stop. The officer then orders the woman out of the car and tells her to get in his cruiser. He could also be heard telling her that by arguing with him and “copping an attitude,” she "earned a citation."

While being placed in the officer's vehicle, the woman’s two small children follow her to the patrol car. The mother can be heard telling her children, “This is what they do to Black people. He’s just a racist white man.”

The officer responds by saying, “Wow, really? Really? I’m a racist because you broke the law?”

The officer then tells the woman's children that he had to be placed in "time out." He tells a concerned resident who came outside after hearing the shouting the same thing, and that the mother was acting like a "goofball" and needed a "time out."

Once inside the cruiser, the officer continues to argue with the woman and at one point tells her that he is about to call child protective services on her to take her children from her.

“I don’t know why the f**k you got an attitude but I’m about to call CPS to take your kids,” the officer can be heard saying on the video.

The woman tells the officer not to talk to her like that to which the officer responds, “you started it.”

The officer then asks the woman if she wants to go to jail. When she asks for what, Velain responds, “for whatever I can find at this point. I don’t care.”

The woman tells the officer that she has the right to give him her opinion on the matter. The officer responds, “OK, that’s fine, and guess what, I also have the right to make it come out of your pocketbook.”

Later, he lets the woman out of the cruiser and tells her that she has a mandatory court date that could result in a license suspension if she fails to show up. The woman grabs the ticket and walks off without saying anything to the officer. Velain can then be heard saying, “I’ll take that as a yes.”

The woman thanks the other citizen for watching her children while she was with the officer.

“You’re the reason we have problems in this world,” the officer can be heard saying in the video.

The woman then tells the officer that she is indeed using her turn signal. Velain claps as she drives away.

An investigation into the matter was opened after the woman filed a complaint two days after the traffic stop. Chief Angelo told the Canton Repository that he was appalled by what he saw in the body camera video.

“I saw somebody who had no control of his temper. It was poor self-control and poor policing,” Angelo told the Canton Repository.

According to police, Velain was found to have violated departmental policy with regard to cooperation with the public as well as unsatisfactory performance, the Canton Repository said.

Velain resigned before he was terminated, according to the Canton Repository.