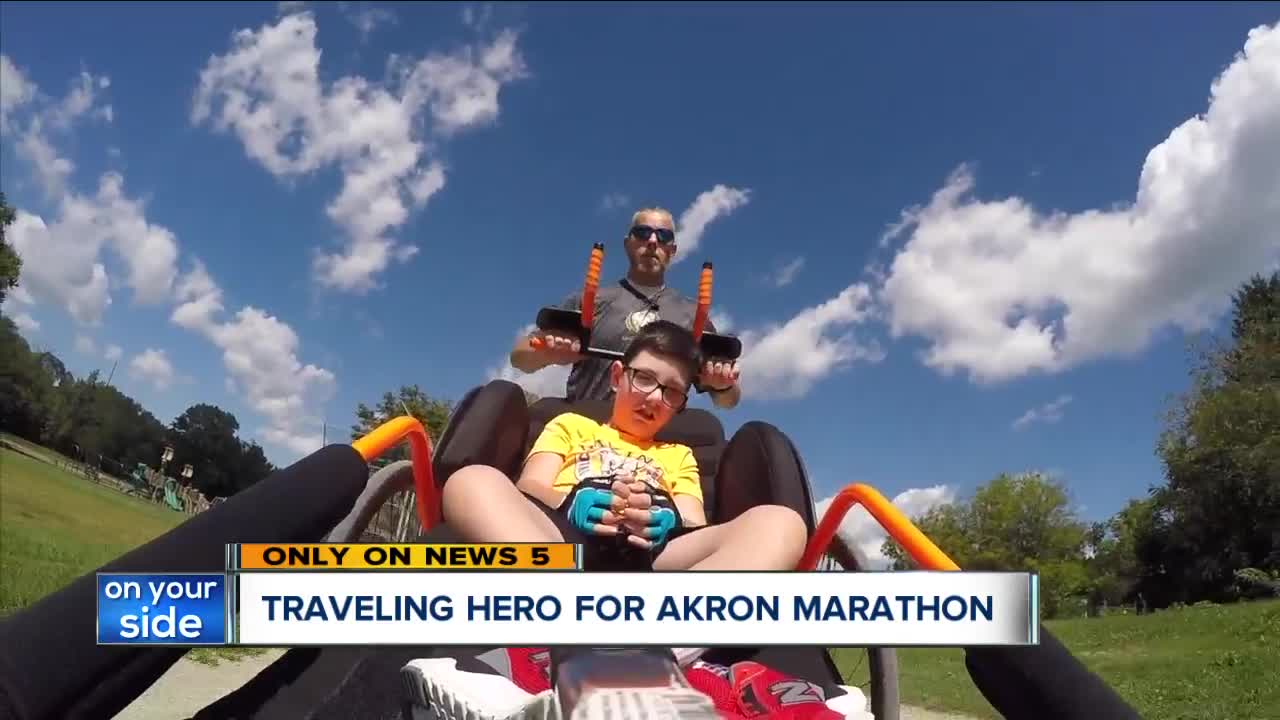 Stride after stride on a sunny day along the Ohio and Erie Canal Towpath, Brent Ransom pushes his nine-year-old son, Lucas, in a new racing chair, giving both of them pure joy. 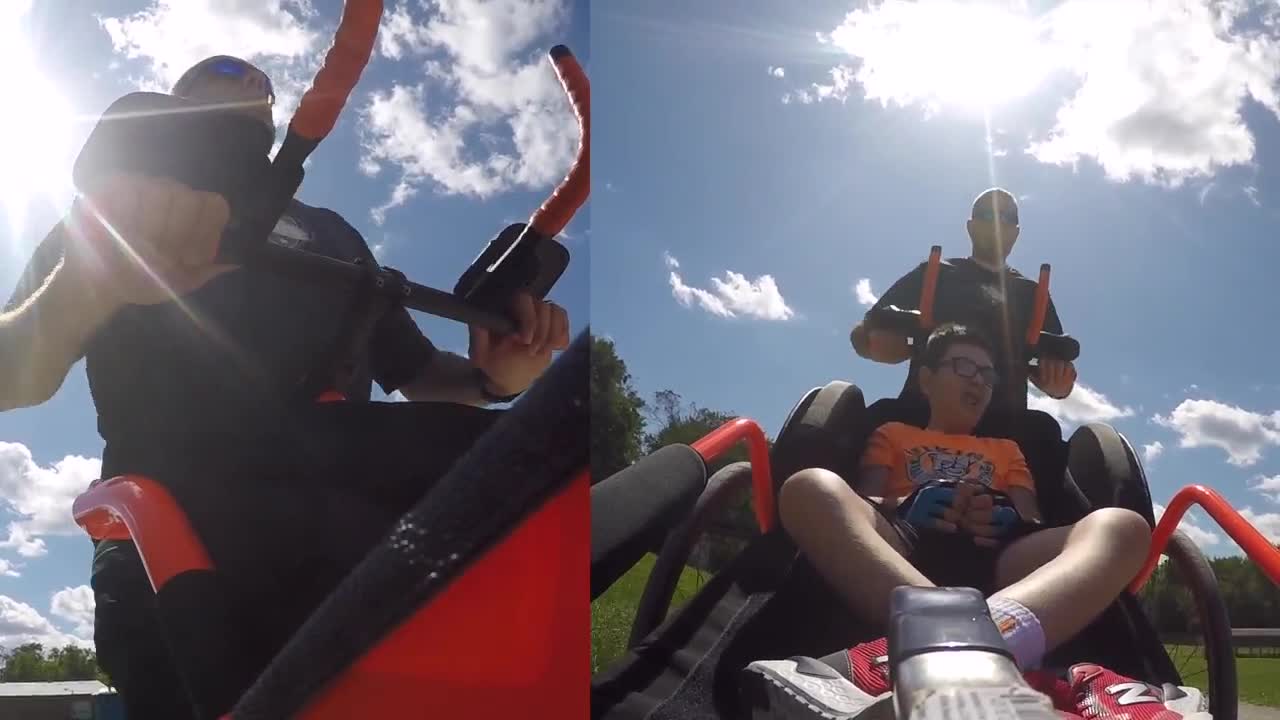 AKRON, Ohio — Stride after stride on a sunny day along the Ohio and Erie Canal Towpath, Brent Ransom pushes his nine-year-old son, Lucas, in a new racing chair, giving both of them pure joy.

"He's in the game and he's participating," Brent said as he fought off tears. "It's a big deal."

The local running community and Project Outrun raised $5,000 to buy a custom Team Hoyt Running Chair for the Ransom family. Brent will push his 80-pound son the entire 26.2 miles of the Akron Marathon on Saturday morning.

Brent hopes to finish the race in four hours and he's planning to use a GoPro camera to live-stream the journey through Facebook.

"It's going to be emotional," he said, "Saying that this marathon means something to us, it means the world to us."

Weeks after Lucas was born, doctors at Akron Children's Hospital diagnosed him with a bacterial infection known as Group B strep, as well as meningitis, sepsis and hydrocephalus. He spent months in the the neonatal and pediatric intensive care units.

Brent and his wife, Beth, didn't know if Lucas would be able to walk, talk, see or hear and he almost didn't survive.

"On the way down to the emergency room, he passed away and they revived him, which was a miracle in itself," Brent said. "It was one of the best days and worst days of our lives."

Lucas received strong antibiotics to fight off the infection and was placed in a medically-induced coma. He also underwent surgery for a tracheostomy, feeding tube and shunt to sustain him.

The boy with an outgoing personality is now in fourth grade and is able to read, write and walk independently.

However, because of low muscle tone, he hadn't been able to chase his dream to run like his dad and his older brother, Aiden, who is on a high school cross-country team.

Brent, who has completed several long trail races, said Lucas would often pick up his shoes, wanting to join his dad for a run.

The running community made sure to figure it out and responded quickly with fundraisers and donations that paid for the chair. Additional money is being donated to Akron Children's Hospital.

"When he asked us to build it, it was a no-brainer," Whittington said.

The father and son have been training for months and Lucas knows exactly what he will say to the thousands of supporting spectators.

Fourteen current or former Akron Children's Hospital patients will line the course as heroes to cheer on the runners. This marks the fourth year that patient heroes have attended the event. Lucas will be the first traveling hero.

Brent said the the chair provides freedom for his boy and it also stops him from fidgeting, which was caused by his brain injury.

"He's completely relaxed and it's amazing. I've never seen it. This is the first time I've seen it in my life."

The FirstEnergy Akron Marathon, Half Marathon and Team Relay starts at 7:30 a.m. at Stan Hywet Hall and Gardens. About 10,000 runners are expected to participate and there will be more than 2,000 volunteers. The event raises $1.7 million for Akron Children's Hospital.